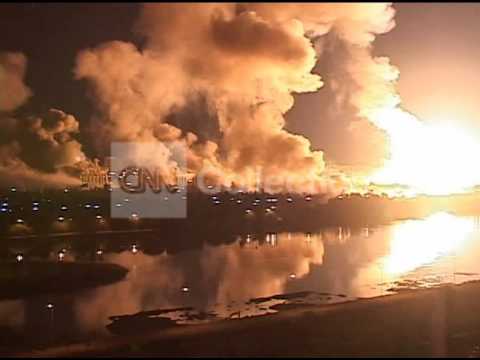 Ann Arbor (Informed Comment) – The scenes of the horrible destruction that Russia is inflicting on Ukraine’s civilian cities, from Kharkiv to Mariupol, and the killing of nearly 1,000 civilians, including nearly 100 children, have tugged at the world’s heart strings — and rightly so.

Nineteen years ago, when the George W. Bush regime unleashed its “Shock and Awe” campaign on Iraqi cities, there was more celebration in the US press than condemnation.

John T. Correll at Air Force Magazine wrote in 2003, , “The spectacular bombardment the world watched on television the first night was part of a broader attack that sent 1,000 strike sorties against military targets in Baghdad, Kirkuk, Mosul, and elsewhere.”

I wouldn’t myself use the word “spectacular” for the destruction rained down on civilian cities in a war of aggression. Sunsets are spectacular. This was horrifying.

Knight Ritter reported on March 22, “The first day of the shock and awe air campaign included 2,000 sorties, 1,000 of them by strike aircraft that attacked 1,500 aim points. Air Force B-52 bombers and U.S. and Royal Navy ships fired a total of 1,000 air- and sea-launched cruise missiles.”

Knight Ritter reported, “The Pentagon described “shock and awe” as one of the most ferocious barrages in history . . .”

They were boasting of the most “ferocious” barrage, on the civilian cities of Baghdad, Mosul, Kirkuk and others. No doubt the Russian Ministry of Defense is saying that its attacks on Kharkhiv and Mariupol are ferocious.

AFP wrote of the unprovoked attack on the Iraqi capital, “For nearly an hour, thunderous explosions rocked the ancient city of five million people, sending fireballs and thick smoke billowing skyward and triggering earth-shaking shock waves. There was no immediate word on casualties. But ambulances wailed through the streets even as the ordnance fell.”

Despite the ridiculous Pentagon propaganda about “precision strikes,” there were certainly civilian casualties. That is, the strikes were no doubt very precise, but unless the target was in the middle of nowhere rather than in a city of 5 million noncombatants, there was no way to prevent shrapnel from hitting civilians.

Noreen Malone, writing at Slate last summer, interviewed Iraqi engineer Jamal Ali and quoted him as saying, “I call it really a dirty war because they want to get it over fast. So they targeting either the water stations, electric station, and all the essential things for the people, which is—that’s not good. Everywhere you live, at least there is something important for the allies to hit.”

Americans find the Russian public’s cheerleading for the brutality in Ukraine baffling.

Yet any US journalist who dared say in public that what the US had done to Iraq was a war crime would have been fired on the spot. In fact, Phil Donohue had his show on MSNBC canceled in the build-up to the war because the network executives knew he would be critical, and did not want grief from the savage US public. When NBC’s rising star, Ashleigh Banfield, dared say in a speech that the US press should not cover the war in a jingoistic way, she was summarily fired.