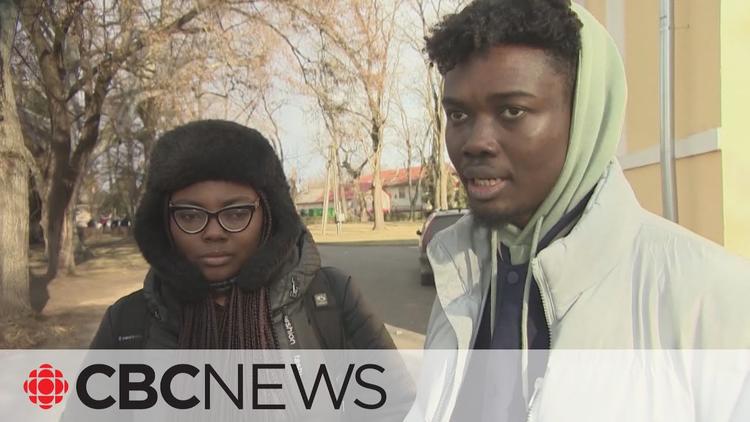 Under US leadership Nato and the European Union (EU) have mobilised compelling military and financial resources to counter and halt Russia’s invasion and occupation of Ukraine. They have provided Ukrainian defenders with millions of dollars in weaponry, munitions and supplies and are imposing punitive sanctions against Russia for multiple violations of international law.

The Nato and EU aim is to force Russia to ceasefire, withdraw its troops, and resolve through negotiations issues in dispute with Ukraine. During negotiations, Ukraine would have the enormous advantage of US, Nato, and EU backing. Invitations to Ukraine to join the alliance and bloc would be issued, perpetuating Russia’s quarrel with that country.

Russia could also be charged with war crimes and crimes against humanity for attacking Ukraine and bombing and shelling civilian neighbourhoods and “objects,” i.e. schools, hospitals, public buildings, and infrastructure and could be forced to pay compensation.

Ukraine has become a special case deserving of protection and coddling because it aspires to become a member of the alliance and the EU although that country does not currently qualify to join either and membership in the alliance is seen by Moscow as a threat to Russia and a casus belli.

Cyprus is just such a case. Cyprus is occupied by not one but two and — during crises on the Arab mainland — three Nato members. The price the island had to pay for independence from Britain, the colonial power, was 256-square kilometres of its territory for use as sovereign military facilities. Britain secured prime real estate at Akrotiri, Episcopi , Dhekelia, and Ayios Nikolaos.

Pretexts for retaining this territory was the influence wielded by the Cypriot communist party and the non-aligned orientation of the country. During the Cold War, the British airbase at Akrotiri was tasked with protecting Nato’s southern flank. During conflicts in Iraq, Syria and Libya, US war planes were based at and conducted operations from Akrotiri, making the US an intermitant occupier.

Unilaterally appointed as a guarantor of the Cyprus republic along with Greece and Turkey, Britain was also bound to defend the sovereignty and territorial integrity of the republic. However, Britain did not intervene when the Greek military junta mounted a coup against Cyprus President Makarios in mid-1974 and Turkey responded by invading and occupying the north. Two-fifths of Greek Cypriots were driven from the area and their homes and property seized while most Turkish Cypriots living in the south were forced by Turkey to move north.

Nato did nothing to halt the invasion, ethic cleansing and de facto partition of the island by a Nato member using Nato weaponry. Since then, Turkey has deployed 30-35,000 troops in the north, established and subsidised a separate administration, imported Turkish settlers from the mainland and recognised the area’s 1983 declaration of independence. I live in Nicosia, the divided capital, a 15-minute walk from the Green Line which bisects the island and separates Greek and Turkish Cypriots who, since 2003, have been allowed by Turkey to cross and mingle.

In 2004, the Republic became an EU member and the north was recognised as part of the Republic out of the control of the government. Thus, EU member Cyprus was occupied by Nato member Turkey which was — and is — an applicant for EU membership. This arrangement should never have stood the test of time. Efforts to reunify the island have failed and the current right-wing Turkish Cypriot administration has rejected reunification under the internationally mandated federal model and has demanded a “two state solution.”

Last week, a BBC television team accompanied a handful of natives from the Indian Ocean Chagos string of islands returning to their home island 50 years after being expelled by Britain. Their expulsion was carried out by Britain to enable the US to establish a military airbase on Diego Carcia, the largest island, where only US personnel have been permitted to live. Since then, all Chagossians, not only those from Diego Garcia, have been denied their right to return to their homeland and forced to dwell in exile in Mauritius and the Seychelles.

As the US airfield can accommodate the massive B-47 long-distance bombers, Diego Garcia has been used in operations during the 1978-79 Iranian revolution, the 1991 offensive against Iraq, the 1996 bombing of Iraq, the 2001-22 war in Afghanistan, and the 2003 Iraq war. The latter was waged without provocation and UN Security Council authority and fit the classification of “aggression” under the UN charter and international law. No measures have been taken by the West, Europe, and Nato against the US and members of the George W. Bush administration.

Britain acquired the archipeligo along with Mauritius from France in 1814, following the Napoleonic wars. When Mauritius gained independence in 1968, it claimed the Chagos. Britain dubbed the islands British Indian Ocean Territory and continued to occupy them. In 2019, the International Court of Justice issued an advisory opinion declaring that Britain “…has an obligation to bring to an end its administration of the Chagos Archipelago as rapidly as possible, and that all Member States must co-operate with the United Nations to complete the decolonisation of Mauritius.” Therefore, in this non-binding ruling, the Court acknowledged that the islands belong to Mauritius. This, of course, has been ignored by the two Nato members which occupy these islands and the other 28 members of the alliance.

Syria has been sanctioned for defending itself from armed groups, some of them radical fundamentalist (takfiri), seeking to overthrow the government. Meanwhile. the US — by means of 900-odd troops on the ground and Syrian Kurdish allies — illegally controls 25 per cent of Syrian territory in the northeast and east. Furthermore, Nato-member Turkey occupies pockets of Syrian land in the north and the Afrin district in the northwest, from which Syrian Kurds have been expelled. In Idlib province Ankara cooperates with and protects Daesh.

Of course, as an intimate Nato ally, Israel has never been sanctioned by the alliance for its multiple wars against the Arabs and occupation of Palestinian, Syrian and Lebanese territory.

These examples demonstrate that international law is respected only in cases selected for application by the Western countries and that Nato, instead of being an alliance designed to defend Europe and the US, is an offensive organisation directed to consolidate its control wherever its prime movers choose.

The author, a well-respected observer of Middle East affairs, has three books on the Arab-Israeli conflict.

Reprinted with the author’s permission from Gulf Today