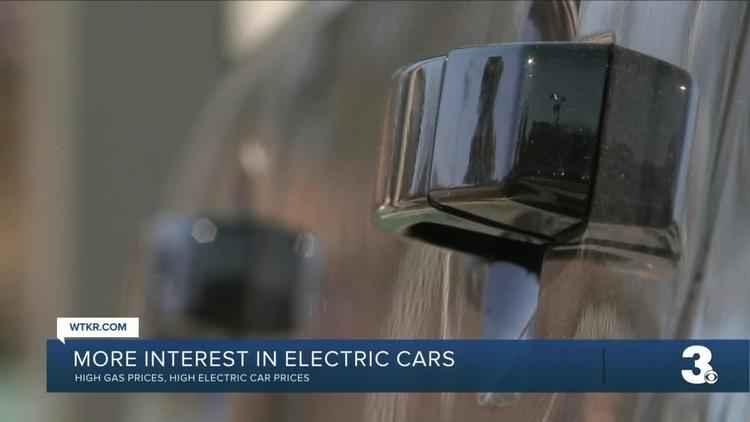 Ann Arbor (Informed Comment) – Alex Mills writes that Russia produces 11 million barrels a day of petroleum and in 2021 exported 7.5 million barrels a day. That is about 11.5 percent of all the petroleum produced daily in the world. It is in part the income from those oil sales that helps Vladimir Putin pursue his brutal war of conquest in Ukraine.

For the reasons given below, a US boycott of Russian petroleum will have no real effect. There is only one way to hurt Putin’s bottom line and to avoid harming the earth at the same time. It is to accelerate the electrification of American transportation. We should call electric vehicles what they are: Freedom cars. Driving one is a declaration of independence from Russia, Iran, Saudi Arabia and other dictatorial petro-states.

Plus, electricity is cheap. When we leased an electric car, we just plugged it in at home and saw no real difference in our electricity bill. We have solar panels, so when we charged during the day, the fuel was free, from sunlight. Another advantage is that without an internal combustion engine, automobile repairs are less frequent and much less expensive.

The Biden administration should carve out the $550 billion in green energy spending that was in the now moribund Build Back Better and get as much buy-in as possible from Senators Kyrsten Sinema and Joe Manchin, and pass as much of it as it can, immediately. Not only would that step help rescue our planet from the bane of global heating but it would contribute to defunding Vladimir Putin’s aggressive petro-state.

A recent You.gov opinion poll found that some 75% of Americans view Vladimir Putin unfavorably, and that Democrats and Republicans now agree in this negative view of the Russian dictator. 79% of Democrats say this and 77% of Republicans. Republicans are still confused on the issue, since so many Republican leaders, and Quisling Fox Cable News, have spent years praising Putin as a paragon of white Christian authoritarianism and apparently the GOP likes that sort of thing. Now, 64% of Republicans say it is wrong for US politicians to praise Putin, which is exactly what Donald Trump did last week, calling Putin a “genius” for his invasion of Ukraine.

Despite Americans’ dislike of Putin, we are contributing to his bottom line. : Eliana Block and Evan Koslof at WUSA-9 in DC explain that the US imports about seven percent of its petroleum needs, including crude oil, from Russia. There have been calls in Congress to boycott these Russian imports.

It should be noted that such a boycott would have no effect. The US would import from some other supplier, and another country will take the petroleum from Russia that the U.S. used to. Despite slightly different prices on various world exchanges, the global petroleum market is really just one market. Boycotts of countries are just a game of whack-a-mole as long as global demand stays constant. That is, when you buy gasoline, you are supporting the global price of oil, which benefits Vladimir Putin even though you might not be buying directly from him.

The world produces 95 million barrels a day. Because of the economic recovery from the pandemic in many countries, and pent-up demand, the world wants more than that right now. Increased demand and level supply equals higher prices. The price of West Texas crude on March 3 was $107.67 per barrel. At the close of March 4, the London Brent exchange pegged oil at $118 per barrel. This price level was common in 2013, but in mid-2014 the oil industry entered a seven-year period of lower prices because of increased production and level demand or even depressed demand with an economic slowdown in China and elsewhere in 2015-2016. In 2020, as the pandemic hit, demand and prices cratered. But they have now come roaring back.

US conservatives tied to the oil industry are clamoring for the Biden administration to let them drill in wildlife preserves and in your back yard. The Biden administration, however, is not significantly interfering with US oil drilling. More oil drilling and more fracking and more gasoline cars will just accelerate the climate emergency, since burning petroleum products puts billions of tons of extra carbon dioxide, a dangerous heat-trapping gas, into the atmosphere annually. Wrecking our environment is not going to help us survive Putin.

Buying an electric car, though, and pressuring Congress to pass legislation to green our electricity grid, improve mass transportation, and discourage gasoline vehicles, would actually over time devastate oil prices and leave Putin with fewer resources to launch attacks on his neighbors. Using significantly less gasoline would cause oil prices to fall and deprive Putin of his bonanza. We’d produce less earth-wrecking carbon dioxide. And we’d save lots of money on gasoline. We can save ourselves in three different ways all at once with electric vehicles and electric commuter trains.