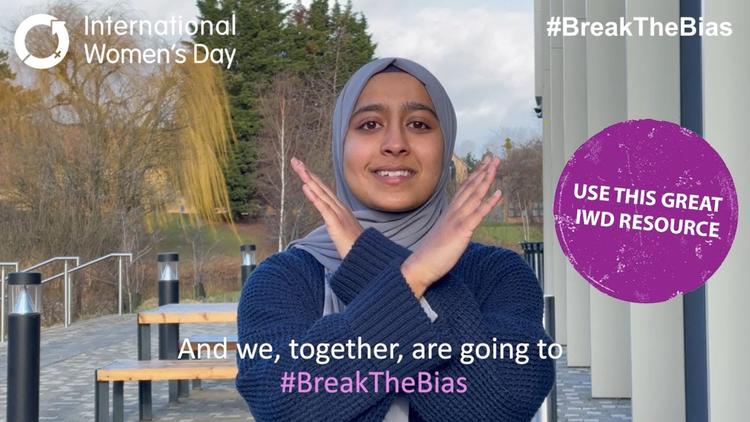 ( Middle East Monitor ) – Proclaimed by the UN in 1975, International Women’s Day (IWD) is a global event celebrated annually on 8 March. Although this was considered initially to be the legacy of a western movement, women’s rights were debated in other parts of the world long beforehand. For example, in 1920, doctors in Egypt protested against “traditional” female genital mutilation (FGM) due to its harm and side effects. This protest was one of the first of its kind, and yet FGM continues to exist in some countries to this day in the guise of “tradition”.

Each feminist generation has had its specific fights and struggles. The first movements cared about the right to work in all sectors as equals with men, the right to own property and voting rights. In the 1960-1980 period, the debate focused on women’s social and political roles in a patriarchal and male-dominated world. This period also witnessed inter alia the rise and promotion of birth control, gender roles and identities, domestic and economic roles, rape and other sexual violence. From the 1980s until 2010, third-wave feminism was seen. Feminist movements revisited some of their initial stances.

This year, as International Women’s Day 2022 approaches, companies are racing to show their support for women through advertisements of strong women overcoming barriers imposed by society; these promote products that can “help” them to destroy such barriers. Alternatively, the adverts address taboos framed around women such as menstruation or what women “cannot” do. Yet while some activists gloat about these adverts, questions are raised about who is controlling the campaigns behind the scenes. Some companies promote their products by taking advantage of the sensitivity around women’s rights while disregarding the rights of their own employees. This practice is dubbed “purplewashing“, which is often the product of both political and marketing strategies that acknowledge a supposed commitment to gender equality.

Gender pay gaps and unequal wage distribution have long been global issues that have yet to be addressed fully. They are visible in nearly all sectors, especially in low-qualified employment and informal jobs, which are predominantly held by women and young people. According to the 2020 World Economic Forum Report, the current pace of addressing this imbalance is so inadequate that it would take 100 years to reach the equal pay goal.

Even though industrialisation has provided women, especially those in poorer countries, with the opportunity to work and support the domestic economy, the conditions in which they work still raise concerns. Such conditions involve a wide range of rights like wage gaps, protection from sexual harassment and safety issues.

During the pandemic, although women made up the majority of frontline healthcare workers (up to 70 per cent), a 28 per cent gender pay gap still existed along with less chance of getting a full-time job or a senior position. While there was global acknowledgement of women as essential pillars of the health sector during the pandemic, they are still underrepresented in the sector and in senior positions that can represent them adequately.

Women, especially in the third world and industrialised countries (like India and China), make up 70 per cent or more of factory workforces, where they are placed in roles that require minimal training and get the lowest pay. For example, women factory workers in the Philippines have been trained only to stitch the back pocket trademark of Levi jeans (a company famous for creating the first jeans for women back in 1934). This approach not only limits their skills but also prevents them from acquiring new skills and thus a chance for higher pay.

Sports companies such as Nike, which promote inclusivity in sport, have also faced a backlash for violating the

The gender pay gap issue is unfortunately not limited to underdeveloped or developing countries. This issue continues to be a concern in developed countries too.

Inequality and the low status of women have critical economic, political and social consequences. Muting women’s voices can slow the process of resolving conflicts and developing state economies to manage resources efficiently. Including women in the security and peace process is essential to ensure that the aims of proposed frameworks reach everyone.

As we enter a new era of recovery post-pandemic, which further revealed women’s vulnerability at times of crisis, we should be aware that companies and organisations are generally not walking the talk. They continue to seek profits first and foremost. In doing so, they not only conceal the harsh realities faced by women employees, but also shift the actual debate to debase the equality movement and make it a capitalist tool.

IWD is not just a time of celebration of what women have achieved or to grieve over the struggles that they have suffered in the past. Although these are indeed important, IWD is in fact a time to observe the transforming issues around women’s rights, create awareness of these contemporary issues and work towards achieving equality and empowerment for every single woman around the world, without regard to their ethnicity, religion, tradition, choices or class.

In a world where capitalism uses every ideology for its own benefit (including greenwashing, pinkwashing and whitewashing), we must be aware that discrimination as far as women’s rights are concerned is a reality, and it is everyone’s responsibility to eliminate it. Women’s rights movements are not simply a different “narrative”. They are grassroots and collective movements in action.