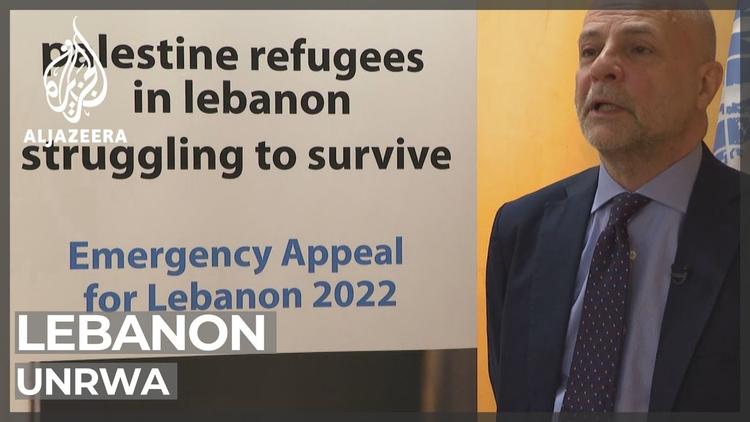 ( Middle East Monitor ) – Financial support for the UN Relief and Works Agency for Palestine Refugees (UNRWA) is dwindling, despite the renewed mandates and financial contribution pledges by world leaders. “The almost unanimous political support expressed by the UN General Assembly to the Agency is not translated into matching financial resources,” UNRWA’s Commissioner-General, Philippe Lazzarini stated during the 157th session of the Council of the Arab League, which was held in Cairo, Egypt.

Lazzarini’s words were also directed towards Arab leaders who, he said, expressed “a strong political support to the rights of Palestine refugees,” yet lessened their contributions from almost 25 per cent of UNRWA’s budget to less than three per cent last year.

Even with the US’s renewed contributions after being halted by the Trump administration, Lazzarini warned that UNRWA would no longer manage to sustainably maintain its services – notably education, health and social protection.

If UNRWA is floundering and being made to feel isolated, what about the Palestinians who depend upon the Agency’s services? For how long will rhetoric about the Palestinian people’s rights serve as diplomatic niceties to tie into the humanitarian paradigm and not do what needs to be done?

Renewing UNRWA’s mandate comes with a commitment or, at least a portion of it, namely to provide funding for its services. What world leaders, and the UN itself, obliterate, is the fact that UNRWA’s work was supposed to be temporary until a political solution for Palestinian refugees is achieved.

Of course, the UN was never going to follow up on its flawed resolution which supposedly allows Palestinians the right to return to their lands, and instituted a humanitarian paradigm instead of decolonising Palestine, which is the solution for the Palestinian people’s return. It is also a far cry from UNGA Resolution 194, which forces Palestinians to accept their subjugated status and only hypothetically, since the UN knows Israel will not allow the non-binding resolution to be implemented. After more than seven decades since the resolution, Palestinians have remained refugees and Israel keeps perpetuating the cycle.

And, now that several Arab states have openly aligned themselves with Israel through the Abraham Accords, the issue of the Palestinian refugees has been marginalised further. Former US President, Donald Trump, was fixated on altering the Palestinian refugees’ status to non-existent. While there is no denying the existence of Palestinian refugees, it is also evident that, with or without Trump’s scheming as part of the so-called “deal of the century”, the international community is failing Palestinians fast, not only through pledging less funds to UNRWA, but also due to its vague rhetoric on Palestinians’ rights, while doing nothing to enhance the Palestinian people’s political standing.

So while Lazzarini is concerned with securing funding for UNRWA, it is pertinent to look at decades of losses which Palestinians have incurred as a result of Israeli colonisation and forced displacement. Behind UNRWA lies an entire framework based on generating Israeli impunity and leaving Palestinians in a permanent refugee status. While funding is necessary to provide humanitarian alleviation, holding the international community politically accountable is even more important.