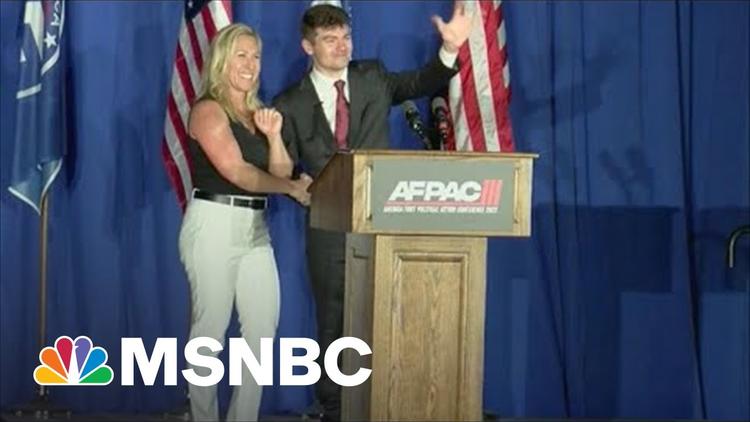 ( Foreign Policy in Focus) – Most of the leaders of the alt-right are scrambling to distance themselves from Vladimir Putin. It might be too late. By John Feffer | March 16, 2022

Many figures on the new right sold their already discounted souls to Vladimir Putin over the last decade. Now, after the invasion of Ukraine revealed Putin’s true political colors to almost everyone who’d previously been in denial, it has been grimly amusing to watch these right-wing opportunists try to explain away all the fawning quotes and damning pictures.

Some of the greatest offenders—Marine Le Pen in France, Matteo Salvini in Italy, Hungary’s Viktor Orbán, the UK’s Nigel Farage—have spent the last three weeks trying to reinvent themselves as staunch defenders of Ukraine. A select few have doubled down on their idiocy, chief among them Thierry Baudet in the Netherlands and Tucker Carlson from the land of Fox News. White nationalists aside, Putin’s once formidable alliance of global sympathizers has been hemorrhaging support by the day.

Putin’s overreach in Ukraine may ultimately prove his political demise. But has the alt-right, in losing a massive political gamble, also earned a return ticket to the fringes from whence it came?

Moscow used to be the Mecca of the far right. Any figure with hopes of making a name in right-wing politics was once desperate to shake hands with Vladimir Putin, snag a photo, and establish some kind of tie with Putin’s political party, United Russia.

Matteo Salvini, for instance, used anti-immigration sentiment to transform Lega from a splinter group of northern separatists to a far-right force in Italian politics. In 2017, Salvini traveled to Moscow to sign a cooperation agreement with United Russia, which included a pledge to work on removing sanctions against Russia for its seizure of Crimea and actions in the Donbas. Putin’s plan at the time: funnel oil money into Lega to amplify its voice as a Russian mouthpiece.

Today, Lega has fallen from its top position in the polls last April to third place. The neo-fascist Brothers of Italy is still number two, behind the social democrats, so the far right is still strong in Italian politics. But Salvini’s pro-Russian tilt may well spell the end of his political career.

Another casualty might be Viktor Orbán, the prime minister of Hungary. Elections are coming up on April 3, and the opposition is hot on Orbán’s heels. Quite a few members of Fidesz, Orbán’s party, have had a hard time pivoting from their knee-jerk pro-Putin positions. Supporters of opposition leader Peter Marki-Zay have gotten traction with their posters that urge voters to choose between “Putin or Europe.” Anti-Russian sentiment, which Orbán used to fuel his own rise to prominence in the late 1980s, may prove in the end to be his undoing.

If Orbán falls, it will be a major defeat for the alt-right, which flocked to Budapest to pay homage to Putin’s water-carrier in the European Union. Tucker Carlson broadcast a full week of his show from Hungary last summer with one episode on Orbán’s anti-immigration policies entitled “Why Can’t We Have This in America?” Later this month, the Conservative Political Action Committee is scheduled to descend on Budapest to give a Orbán a final, pre-election boost, but it might be too late.

India’s Narendra Modi threw his fortunes in with Putin in part because of their shared distaste for liberalism—Modi also befriended Israel’s Benjamin Netanyahu and Brazil’s Jair Bolsonaro— but also because of India’s longstanding military and economic ties to Russia. The invasion of Ukraine has forced Modi to choose between his Russian ally and pretty much the rest of the world. So far, Modi has held off on sanctions and criticism of the invasion. But like China, India will come under increasing pressure to fall in line with the economic pressure on Putin or face an ostracism of its own.

Brazilian elections aren’t until October, and Lula continues to poll well ahead of Bolsonaro. The war in Ukraine won’t help Brazil’s strong-arm president. While virtually all other world leaders were distancing themselves from Putin in the run-up to the invasion of Ukraine, Bolsonaro traveled to Moscow in a very public display of support. Since the invasion, he has declared Brazil’s “neutrality.” Being tarred as Putin’s “man” in Latin America may not do as much damage to the Brazilian far right, however, as the economic fallout from the war, which will hit the country hard and make it very difficult for Bolsonaro to catch up in the polls.

In the United States, meanwhile, the far right faces a dilemma. White nationalists still support Putin. Witness Nick Fuentes, the head of the America First Political Action Committee. At AFPAC’s recent gathering, held just days after the invasion, Fuentes appealed to his audience: “Can we get a round of applause for Russia?” The crowd chanted back: “Putin, Putin.” Then there’s Tucker Carlson, who hasn’t stopped shilling for Putin after the invasion, which has earned him much love from Russian state television. The far right that has nested in the Republican Party has condemned the invasion, more or less, but has been decidedly lukewarm about providing aid to Ukraine.

There are of course some Putin sympathizers on the left, but they are both ignorant and ignorable. In the United States, only Tulsi Gabbard has any political following, and it’s miniscule. Given the number of her appearances on Tucker Carlson’s show and her recent participation in CPAC, I wouldn’t be surprised if she switches parties.

What About Neo-Nazi Support for Ukraine?

Some neo-Nazis are heading to Ukraine to join their brothers-in-arms in far-right military units. As Rita Katz writes in The Washington Post:

Their goal is not to defend Ukraine as we know it — a multiethnic, democratically minded society led by a Jewish president. Some neo-Nazis simply see this new war as a place to act out their violent fantasies. For others, though, the force pulling them toward the conflict is a shared vision for an ultranationalist ethno-state. They see Ukraine as a golden opportunity to pursue this goal and turn it into a model to export across the world.

But let’s not exaggerate their influence. The vast majority of those volunteering to fight in Ukraine have no ties to the extreme right.

Nevertheless, there has been speculation that the war in Ukraine will be a boon for the European far right, which will acquire combat experience fighting Russian troops.

“With a steady flow of military assistance from NATO nations, Ukraine will soon become awash in weapons and ammunition. Given the presence of Ukraine’s far-right military regiment the Azov Battalion and its foreign supporters, these Western-supplied arms could easily land in the hands of violent white supremacists and far-right insurgents,” writes Benjamin Young in World Politics Review. “In a bitter irony, Putin’s war of ‘denazification’ in Ukraine may actually produce a more emboldened and insurrectionist global far right movement.”

It’s true that the far-right Azov Battalion acquired considerable political capital from its initial participation in the fight in the Donbas. But that political influence faded to such an extent that far-right political parties no longer have representation in the Ukrainian parliament.

So, yes, the far right will inevitably seek to exploit the current conflict. But residual affections for Putin and the limited appeal of far-right sentiment in Ukraine will hamper this effort to take over the country.

Putinism is dead outside of Russia.

His ideological assault on democracy, which is the core of his worldview, is revealed as morally bankrupt every time a photo of a bombed apartment building in Kyiv appears on the news or civilian casualties from a destroyed hospital somewhere in Ukraine are tabulated.

Putin could once claim to “own” the leaders of the United States, India, Hungary, Brazil, and Austria. He is now a political liability to virtually everyone outside of Syria, Belarus, and Nicaragua. He has forfeited the title of spiritual head of the Euroskeptical movement. He can no longer count on support from illiberal leaders in Eastern Europe. His effort to establish a beachhead in the United States ended when Trump left office.

Without Putin, the alt-right lacks an international leader. Subtract Trump from America, Orbán from Hungary, Salvini from Italy, and Bolsonaro from Brazil, and Steve Bannon’s Nationalist International looks about as robust as Bannon’s own reputation.

The alt-right’s demise does not, however, mean that democracy will thrive in its wake. The Ukrainian debacle is a sad commentary on the fragility of international law and international institutions as well as the long odds that democracies face against determined and ruthless authoritarians. The hypocrisies of the West—around NATO expansion, immigration, economic inequality, and climate change—certainly don’t help.

But maybe, just maybe, if Ukraine can survive this conflict with its political structures reasonably intact, it will inspire people everywhere to fight for democratic principles. From the Euromaidan protests on, Ukrainians have wanted democracy in their own country and an opportunity to join with other European democracies. An possible compromise—a neutral Ukraine on its way toward EU membership—would preserve its democracy from both Putin’s real, existing militarism and NATO’s encroaching militarism.

Putin’s primary target has been the democratic will of a sovereign people. The alt-right, with its racist authoritarianism, has a similar aim to undermine democracy. Let’s hope that Ukrainian resistance drives a stake through the heart of both Putinism and the alt-right once and for all.