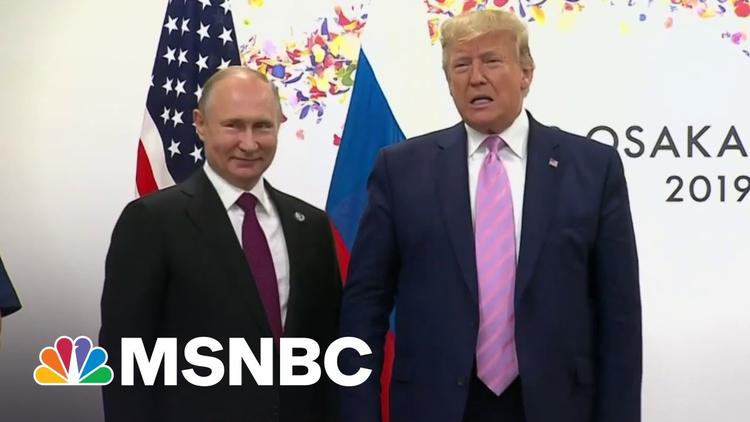 As the Russian invasion of Ukraine grinds on with no apparent solution through international diplomacy, some commentators are wondering if an end of the conflict could come from Vladimir Putin’s removal from power in Russia.

Russian troops on the Ukrainian front lines are struggling, prominent Russian generals are among the thousands who have been killed and street protests have occurred in Russian cities every day since the invasion — in dozens of cities across the country involving thousands of people every day.

These numbers are not large for a country the size of Russia, with a population of 145 million.

The rapidly closing independent media environment in Russia may help explain these small numbers, with many Russians unexposed to the truth about the invasion and consequently supporting it.

Article continues after bonus IC video
MSNBC: “Can Putin Be Ousted Or Stopped During War? Clues From His Dealings With 5 Presidents”

There’s also significant and escalating risk involved for those willing to protest. According to a longstanding Russian NGO, over 15,000 protesters have been detained across the country since the invasion began.

A new Russian law makes speaking out against the government narrative, and even using the word “war” to describe the so-called “special operation,” a criminal offence and subject to up to 15 years in prison.

But mass opposition on its own is likely insufficient to produce regime change in Russia. Organized Russian opposition to Putin has faced crackdowns in recent years that has left their ranks thin and in disarray, with their chief leader, Alexei Navalny in prison for years to come. Many liberal-leaning Russians are also fleeing the country while they can.

The defection of powerful elites, rather than civil dissent, is almost always necessary to remove an authoritarian regime. The split is essentially between “hardliners” who will defend the regime by any means, and “softliners” who have their doubts and want reform.

Reluctant to give up power

Research also shows that in personalist autocracies like Russia’s — regimes in which nearly all power lies in the hands of a single person — dictators rarely relinquish power through negotiation.

This is because such leaders are typically determined to cling to power, and only a small and tightly controlled circle of people have any influence on them.

By all accounts in Putin’s case, the pandemic has exacerbated this, and his circle is much smaller and more hardline authoritarian than it used to be.

It is possible that the effects of harsh sanctions imposed upon Russia, combined with high levels of non-violent protest, could spur a loss of confidence among the softliner elites more broadly in Russia.

Awareness of excessive violence inflicted upon Ukrainians, with whom many Russians have family connections, and heavy casualties among Russian troops may lead key elite circles to lose confidence in the regime’s ability to withstand these challenges.

Who could these softliners be? Several potential sources exist: economic leaders, the Russian military or state security services. While many of these likely don’t represent a more democratic future in Russia, they may be able to oust Putin and end the invasion.

Putin’s advisers consist mainly of military and security officials, referred to as the “siloviki.”

What about the oligarchs?

There has been much speculation that Russia’s economic oligarchs could be a disgruntled constituency poised to oust Putin. They have been in the cross-hairs of international sanctions against Russia, and are no doubt displeased with the ruin of the country’s economy.

But since Putin consolidated power in the early 2000s, the super-rich beneficiaries of the post-Soviet capitalist transition and state corruption have relied on his approval to accumulate assets.

They have a lot to lose if they oppose him and fail, despite how sanctions may be affecting them now. Still, some of them hold considerable assets on behalf of Putin to hide his wealth, and in one possible scenario, they could collude to present an ultimatum to persuade him to step down.

The military in Russia has historically been resistant to launching coups — largely due to Communist party oversight in the U.S.S.R. and a continuation of these habits in the post-Soviet era, along with a heavy dose of infiltration by the security services.

Yet significant losses by the Russian military in Ukraine, as well as the reported recent replacements of military leaders because of these failures, could foster disgruntlement in the ranks that would lead some to support a coup.

Finally, state security services might provide the most likely source of an insider coup. Putin is a creature of these agencies, but tensions are surfacing.

Putin recently placed the head of the Federal Security Bureau’s (responsible for external intelligence) under house arrest due to bad intelligence about prospects for a quick and successful victory in Ukraine.

An elite “palace coup” is possible, particularly if several of these groups join forces to forcibly remove Putin or persuade him to step down.

These processes would take time to develop, and they may be unlikely since major cracks have not yet emerged. But if there is no coup, Russia’s path will unfortunately involve even more severe repression of its population and continuing devastation in Ukraine.