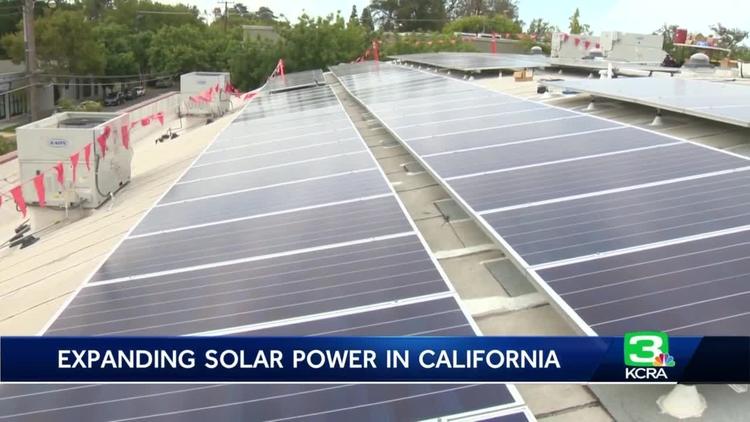 Ann Arbor (Informed Comment) – California’s energy mix was powered 97% by renewable energy on Sunday, April 3 at 3:39 p.m., the highest contribution of renewables to the state’s grid on record, according to David Knowles at Yahoo News.

Although the milestone lasted only for a brief time, it points to a future in which California runs on 100% wind, solar, hydro and batteries, a future that will certainly arrive even faster than the state plans. As it is, California is ahead of its green energy goals.

The implication of these plans is that California intends to phase out methane gas as a source of power. The state is also trying to electrify transportation. A world of 100% green energy and electric cars is not only a healthier and more comfortable world, it is a world where oil and gas dictators like Vladimir Putin are defunded.

Based on the performance of these energy sectors in 2019 and 2020, California now gets about 60% of its electricity from low-carbon, non-fossil fuel sources.

Over a third of the state’s electricity is generated by wind and solar, and between 14% and 17% by large hydro, depending on how severe the droughts are. Some 10 percent comes from nuclear plants.

The Golden State has also made enormous progress in garnering more battery power for back-up. By the beginning of this year it had 2.1 gigawatts in battery capacity, an 8-fold increase over the amount available in late 2019. Christian Roselund at PV Magazine points out that if we look at green energy projects in the pipeline, 533 of them are for batteries, aiming for 135 gigawatts. There are 282 projects that involve solar energy, aiming for 76 gigawatts. So battery generation is outstripping solar. Batteries are also key to providing electricity at night or when the wind falls off. Since they can scale up and down quickly, they are highly compatible with renewables.

A bill has been introduced in the California legislature by Henry Stern (D-LA) that would require the state to put in 6 new gigawatts of renewable energy annually, beginning in 2025. Sammy Roth reports at the LA Times that this is the pace necessary if the state is to get to 100% renewables by 2045. The state has only been averaging 1.5 new gigawatts of renewables annually for the past decade, so this measure, if adopted, would up Sacramento’s game substantially.

Roth says there are 25 climate bills looking to pass in the state legislature. Some want to help fossil fuel workers transition to other jobs. Others want to help bury electrical wires, which cause wildfires or are knocked out by wildires when above ground. Others back the building of necessary new, high-desity transmission wires. Yet others aim to push utilities to develop geothermal, battery and hydrogen power to provide baseline energy generation when intermittent renewables fall off.

Other bills aim to cut out the permitting and paperwork burden for installing solar panels, or to provide ways for lower-income families to get them.

If anyone is listening, what we really need is national financial instruments allowing families to pay off solar panels over time. Few people just walk into a dealership and plunk down cash for a new car, but most consumers are expected to do that with solar installations for their homes. The big difference is that whereas a car loses 50% of its value when you drive it off the lot, solar panels will go on saving people loads of money on their electrical bills for 25 years and will also fuel their electric cars.