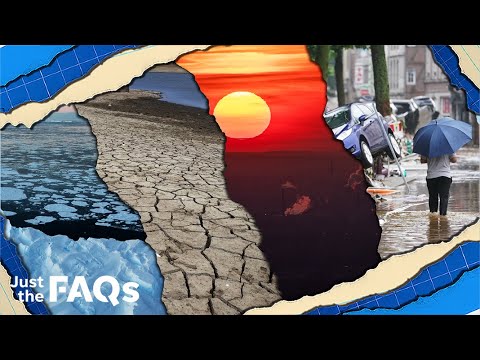 Ann Arbor (Informed Comment) – Timothy Gardner at Reuters has gotten an advance look at a White House Office of Management and Budget document that concludes that by the end of this century, when Olivia Rodrigo would be 100 if she has the long life we wish for her, the annual cost of the climate crisis we are causing will amount to $2 trillion a year in today’s dollars.

$2 trillion is an incredible expense.

But we shouldn’t think of the problem as in the distant future. We’re being hit, and badly, right now by the climate emergency.

From 1980 to 2021, the National Centers for Environmental Information says that America suffered 310 major climate and weather events of over $1 billion each, the total cost of which in today’s dollars is $2.1 trillion.

That’s a heavy cost for a forty-year period. We’ll be having to spend that much every day in only a few decades.

The past seems near to us, and even a little bit into the future seems distant and clouded with mist. 78 years ago we were wrapping up World War II. Frank Sinatra’s “White Christmas” was rising on the charts. Zorro and Captain America were playing in the movie theaters. I’ll be 70 this year and have some memories of the mid-1950s. I’m telling you, it passes like lightning. Before you young’uns know it you’ll be facing the fin de siècle. The more coal, gas and oil you burn, the less fun it will be. Cut way back now, and it won’t be so bad.

The Brown University Costs of War project concludes that the “War on Terror” launched by George W. Bush after the September 11, 2001, attacks, including the Iraq and Afghanistan Wars, extra spending on homeland security, and veterans’ health care, will come to $8 trillion.

So by the late 2090s we’ll be spending that every four years.

All of World War II, including the US conquest of much of Europe and of east Asia, cost $4.7 trillion in today’s dollars.

What will we be spending it on? Gardner says the bills will come due every year then for “coastal disaster relief, flood, crop, and healthcare insurance, wildfire suppression and flooding.”

Through this century, the crisis will accelerate unless we stop burning coal, gas and petroleum now.

The climate and weather catastrophes will be on steroids. Remember how Hurricane Maria flattened Puerto Rico in 2017? How it made landfall in Yabucoa with sustained winds as high as 155 mph, having gotten up even higher for a while as one of our first known category 6 storms?

Warm ocean water increases the ferocity of tropical storms, and because of evaporation it puts more water into the atmosphere, so the downpours and flooding are worse and worse. That extra moisture contributed to Hurricane Harvey, the “500-year storm,” which submerged Houston with its worst flooding on record in 2017.

The 500-year storms will come more and more frequently.

Then there were those headlines in 2018 that Kanye West, Kim Kardashian and Lady Gaga had to flee their Malibu mansions before advancing wildfires. There will be more and more such bonfires of the vanities.

I hear people talking about a “point of no return” or wondering if it is “game over.” The climate is not like that. It is not an either-or proposition. Billions of human beings will be living on earth in 78 years, Things can be merely annoying, or challenging, or disastrous. The climate crisis is on a scale from 1 to 100. We can land at 15, which is not so bad. Or we can land at 95, which will make our lives really tough. It all depends on how much carbon dioxide we put into the atmosphere now.

Vote for politicians who understand all this and will pass legislation to address it immediately. Your children and grandchildren with thank you. But even those of us alive the rest of this decade will benefit from drastic action to reduce carbon dioxide emissions. Science tells us that the process of warming will cease within a few years of such big cutbacks.