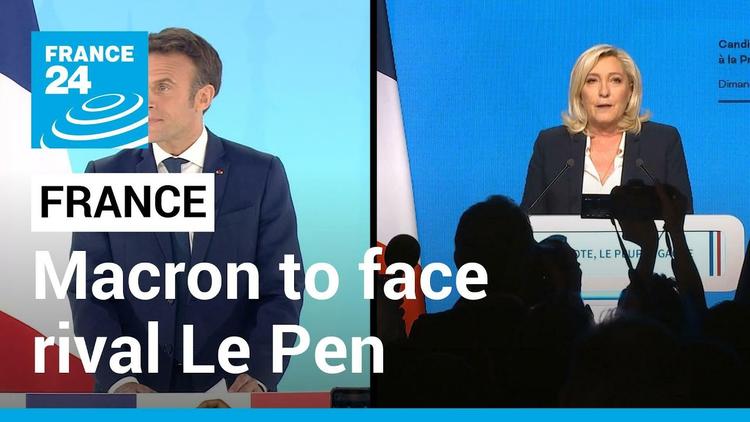 Ann Arbor (Informed Comment) – The two frontrunners in France’s presidential election who now face a run-off election against one another, Emmanuel Macron and Marine Le Pen, have diametrically opposed stances on the climate emergency and renewable energy.

Le Pen, the far right demagogue known for ugly hate speech and having a soft corner for Vladimir Putin, wants to halt all plans for new wind turbines or solar installations, and shut down any now in operation, calling them “ugly” and saying that they cost the French public “a fortune.” (This is not true). She is, however, all for nuclear energy.

About half of refereed published papers suggest that nuclear plants are not as low-carbon as is commonly thought.

This dangerous importation of the climate issue into the culture wars is a world-wide phenomenon on the far right, as Helena Horton at the Guardian reports.

Macron also likes nuclear energy quite a lot, and is putting most emphasis on that source. In addition, however, he wants to see 50 offshore wind farms constructed by 2050, with a capacity of 40 gigawatts. That would generate 20 percent of France’s electricity.

Renewable energy is an issue in the run-off election because the leftist candidate, Jean-Luc Mélenchon, who did not qualify, campaigned on it, as did the Green candidate, Yannick Jadot. Together, those two took about 27% of the vote, and Macron wants those voters.

He added of his plans for six new nuclear plants, “Alongside that we must make massive investments in renewables.” He said, “We will multiply installed solar power with the creation of a French industry.” (He was pledging to stop importing all the panels from China). “We will develop wind on a massive scale, especially offshore wind.”

He said that both nuclear and renewables would be needed. “But the project of the far right is a project of completely closing down renewables and dismantling existing wind turbines. So then we would be spending hundreds of millions of euros.”

Offshore wind is typically less controversial than onshore, since it is far enough out so that it does not ruin any natural views and no one can hear the turbines. A small number of fishermen have been afraid the offshore installations will affect their business and have demonstrated, so I suppose that is one constituency to which Le Pen is appealing. There isn’t any objective evidence for their fears.

France’s first major offshore wind farm came online April 12 off Saint-Nazaire. It will begin providing electricity in May and by the end of the year will be generating enough electricity to provide power to 700,000 consumers. Several other such major projects are in the pipeline.

In a public opinion poll published last summer, 52% of the French public said that the country needs to move to low-carbon energy as quickly as possible. But only 37% wanted to implement wind, solar and other renewables alone. Most of the rest wanted a mix of renewables and nuclear power. The latter has been a mainstay of French electricity generation and is seen by some as a symbol of French science and national standing.

France currently gets 70% of its electricity from nuclear plants. No substantial decrease in nuclear plants is envisaged before 2035, and Macron in February announced plans to build six new plants, and perhaps as many as fourteen. France is heavily dependent on imports for its nuclear fuel, with most coming from Kazakhstan, Niger, Australia and Uzbekistan, though some comes from Canada and Russia as well.

France is substantially more conservative on climate issues than Germany, where an opinion poll conducted last summer found that 2/3s of the public believed that the country’s energy switch to renewables was not being implemented fast enough.

Macron has not been very good on renewables until recently, but he does have big plans for offshore wind and, well, he doesn’t want to shut down wind and solar entirely. France’s energy future hangs in the balance.