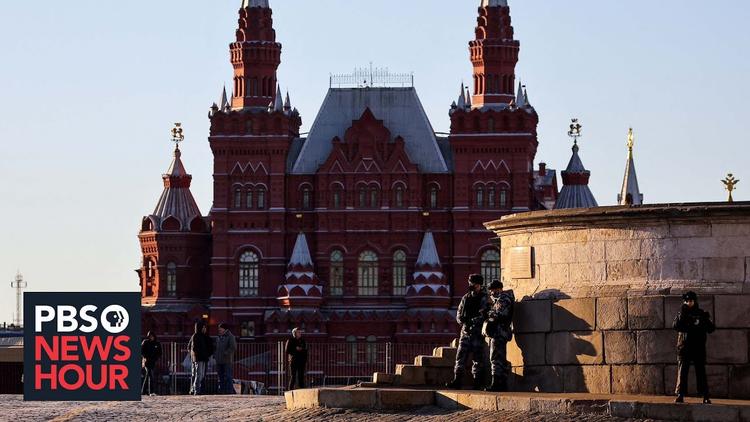 ( Fellowship of Conciliation/ Waging Nonviolence ) – As a result of its brutal invasion of Ukraine, Russia is now the most sanctioned country in the world, leading one former Obama administration Treasury official to describe the situation as “financial nuclear war.” Western European countries, however, depend on Russian oil and gas, so they have had to carve out an exception in order to purchase fuel from Russia, thus allowing Russia to gain substantial export revenue to sustain its military. It is possible, then, that Russian citizens will suffer more from deprivation due to the economic sanctions than will the government coffers.

History suggests the West’s sanctions on Russia will only hurt vulnerable people. Movements offer a better approach to economic penalties.

Because the world cannot risk actual nuclear war by engaging Russia militarily, Western Europe and the U.S. have been constrained to giving weapons and training to Ukraine. Consequently, in the eyes of security and economic analysts, this conflict is testing “whether economic retaliation can make an aggressor back down or whether only armed force can stop armed force.”

Economic sanctions are penalties levied against a country, its officials or private citizens, in an effort to provide disincentives for the targeted policies and actions and to force it to obey a law or public policy. The widespread economic sanctions against the apartheid government of South Africa in the 1980s, including boycotts and divestment, is exemplary of the potential of sanctions to achieve a more just and free society, without resorting to violence. Many other sanction regimes are not.

In 1990, the United Nations imposed sanctions that banned world trade with Iraq after that country’s invasion of Kuwait. The sanctions continued after the Gulf War in 1991 because of Saddam Hussein’s refusal to comply with the terms of the ceasefire. By 1997 one-third of Iraqi children were malnourished, and by 1999 the economy was shattered. Former U.N. official Denis Halliday called the sanctions “genocidal” and quit his post to speak out against them. Thirteen years of U.N. sanctions contributed to a serious reduction in Iraq’s per capita income, but dictators like Hussein generally ignore sanctions — and thus ensued a slow economic war that impoverished the civilian population. As one study noted, this resulted in the U.N. Security Council invoking more targeted, rather than comprehensive, sanctions.

In principle, sanctions are invoked to stem terrorism, narcotics trafficking, human rights violations, weapons proliferation and violations of international treaties. They have ranged from comprehensive economic and trade sanctions to more targeted measures such as arms embargoes, travel bans, boycotts, divestment and financial or commodity restrictions. Since 1966, the U.N. Security Council has established 30 sanctions regimes in many African countries, the former Yugoslavia, Haiti, Iraq, Lebanon, as well as against ISIS, Al-Qaida and the Taliban.

Notably the U.N.-sanctioned countries have not included powerful Western countries, though many have been involved in criminal war — including the U.S. war in Vietnam, the 20-year U.S./NATO war in Afghanistan and the U.S. war in Iraq, which included a handful of other European countries.

The Brookings Institute has noted that the United States uses sanctions increasingly “to promote the full range of American policy.” This somewhat neutral statement acknowledges that the U.S. commonly employs sanctions for geopolitical purposes — that is, to amass military or economic power against a rival and to promote regime change. Cuba is among the most notable failures of regime change. Six decades of a U.S. trade and travel embargo on Cuba accomplished none of Washington’s policy objectives: the overthrow of the Communist government, promotion of capitalism and stopping foreign investment by other countries. Currently, in the U.N. General Assembly, only the United States and Israel support the sanctions against Cuba. Moreover, studies have found that the longer sanctions last, the less likely they are to succeed.

Many studies conclude that sanctions are more effective against states with coherent structures of power and social cohesion — while being much less effectively used against dictatorships and failed states. However, that has not been the case with three of the longest sanctioned functioning countries with varying degrees of one-party rule in the cases of Cuba and North Korea and a combination of strong theocracy and weaker democracy in Iran. Note that in each of these countries the United States has historically had an oversized imperialist role: the Spanish-American War in the case of Cuba, the Korean War to contain Communism and the CIA-planned coup in Iran against the left-leaning, democratically-elected Prime Minister Mohammad Mosaddegh.

After withdrawing from its devastating and futile 20-year war in Afghanistan in August 2021, the U.S. quickly enacted economic sanctions against the brutal Taliban government, while also withholding Afghan people’s money deposited in the New York Federal Reserve Bank. According to Mark Weisbrot of Just Foreign Policy, these punitive sanctions, inevitably being borne by the Afghan people, “are on track to take the lives of more civilians in the coming year than have been killed by 20 years of warfare.”

The Palestinian BDS National Committee that leads the global Boycott, Divestment and Sanctions movement, “opposes war,” as they stated recently, “whether it is Russia’s illegal aggression in Ukraine today…or the many patently illegal and immoral US- or NATO-led wars of the past decades which have devastated whole nations and killed millions.”

They contrast their own BDS movement against Israel “to end complicity in Israel’s regime of oppression” that denies Palestinians “freedom, justice and equality” with that of current Western, xenophobic, McCarthyite boycotts and sanctions against ordinary Russians. Examples include banning Russian films and literature, removing Russian music conductors, refusing Russian patients in a German hospital, banning Russian citizens living in Russia from the Boston marathon, etc. The U.S. company Airbnb withdrew from Russia immediately when its invasion of Ukraine began, as did McDonald’s and recently American Express, even as these companies continue to do business in Israel and the illegal Israeli settlements.

According to South African jurist and former Judge Ad Hoc of the International Court of Justice John Dugard, “If the West fails to show concern for [Palestinian] human rights … the [non-Western rest of the world] will conclude that human rights is a tool employed by the West against regimes it dislikes and not an objective and universal instrument for the measurement of the treatment of people throughout the world.”

Perspectives on the outcomes of sanctions

Sanctions were not employed as an independent tool of foreign policy until the 20th century — and they were increasingly used after World War II, being viewed as a low risk (for whom, we must ask), high-profile response to aggression.

According to Robin Wright of The New Yorker, sanctions “generate meaningful change only 40 percent of the time” and can take a very long time to have effect. However, opinions on whether sanctions were the determining factor in resolving conflict or effecting foreign policy goals can vary. Take the case of South Africa: Many analysts agree that the demise of South Africa’s apartheid regime was largely due to widespread economic sanctions on South Africa in the 1980s. Others argue that a “highly mobilized Black-led coalition was the key.”

One of the most comprehensive studies of 170 cases spanning a century of economic sanctions “concluded that sanctions were partially successful only 34 percent of the time.” Where goals were modest, for example, the release of a political prisoner, the rate of success was 50 percent — whereas success in regime change or efforts to disrupt a military action was much lower.

The contradictions and ethical dilemmas of sanctions

Sanctions over time can cause similar devastation to civilians as war, punishing them more severely than their government. Moreover, they are often imposed by the U.S. — the most sanctioning country in the world — to seek regime change. The U.N. has estimated that U.S. sanctions against Cuba — the longest sanctioned country in the world — have dispossessed that country of “an estimated $130 billion in lost revenue,” consigning it to decades-long poverty.

Sanctions against other countries can be a consequence of past U.S. actions. In 1954, left-leaning democratically-elected Jacobo Árbenz was overthrown as president of Guatemala by a CIA-planned coup to protect the profits of the United Fruit Company. Brutal, U.S.-supported regimes since have committed well-documented widespread torture and genocide, for which Guatemala has been sanctioned by some countries, including, ironically, the U.S.

Similarly hypocritical is the sanctioning of countries — such as North Korea and Iran — for possessing or pursuing nuclear weapons, as if it is more a matter of who possesses these weapons of mass destruction than simply their existence that’s posing a threat to life on Earth. U.S. efforts at the state level to criminalize the BDS movement are likewise duplicitous, given the U.S. annual practice of selling weapons and giving more than $3 billion military aid to Israel and doing likewise for Saudi Arabia during its criminal war against Yemen. Sanctioning some countries for human rights violations while abetting others sullies the alternative-to-war potential and credibility of sanctions.

How do we help ensure that sanctions are both just and more likely to be effective in sustaining justice? A handful of disparate ethical sanctions movements — those of the 1980s South Africa movement against apartheid and the current Palestinian BDS movement, as well as the international fossil fuels divestment campaign — share certain characteristics. They were/are inspired by citizen-led grassroots groups and were joined in time by NGOs and institutions to differing degrees. Thus, they are largely free from the power politics of big countries and the U.N. (whether economic, military or geopolitical) that infect and undermine the justice intent of sanctions.

Given that many sanctions, especially U.N. sanctions, are intended to defuse and resolve conflict, there is a lesson to be learned from a sister effort in Liberia and the landmark 2000 U.N. Resolution 1325, which is focused on engaging women equally with men in peace and security within their countries. No one has spoken out more strongly in support of U.N. Resolution 1325 than Liberian Nobel Peace Prize winner Leymah Gbowee, who brought Christian and Muslim women together in her country to end its vicious civil war.

According to Gbowee, interventions and sanctions to maintain or restore international peace and security have been most effective when they are applied as part of a comprehensive strategy encompassing peacekeeping, peace building and peacemaking. Ending conflict through force, sanctions, and negotiation is only the first step to achieving enduring peace. Ongoing peace building and peacemaking at the community and neighborhood level sustain conflict resolution more reliably and build more lasting solidarity among people.

What do these ethical examples suggest for peace movements across the world regarding the current Russian-Ukraine conflict? We can mobilize to demonstrate unified international solidarity with antiwar protesters in both Russia and Ukraine. Our support should use media boldly and creatively to foreground our shared conviction that war is not the answer, and that war only breeds endless war. Post-war exchanges can bring Russians and Ukrainians together, as Palestinian and Israeli resisters to apartheid have done. Community-based peace building work, as the women’s movement in Liberia continues to do, is crucial for lasting reconciliation within former conflict-ridden societies.

Via Fellowship of Conciliation/ Waging Nonviolence