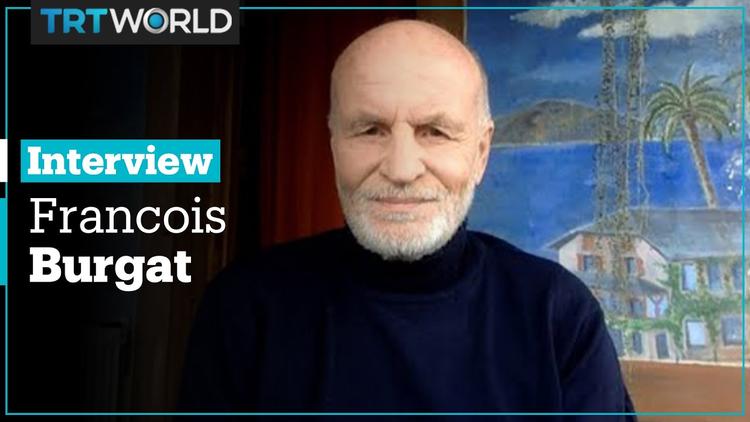 ( Middle East Monitor ) – As the French election looms on the horizon, Muslims in France are less interested in who will become president, instead of turning their concerns to the systemic Islamophobia that envelops all candidates, underpinning the entire political system. The structural nature of anti-Muslim persecution in France has ensured that the outcomes for Muslim citizens remain grim and transcend the party politics of individual politicians.

In context: The ominous state policies already in full swing

Over the last five years, the direction of state policy towards Muslim citizens has taken a more overtly antagonistic and hostile tone. Fresh out of his first election win in 2017, Emmanuel Macron wasted no time implementing policies aimed at problematising and policing the French Muslim minority. This policy based upon a method coined “systematic obstruction” represents a strategy of applying maximum pressure on Muslim civil society to make their daily work intolerably difficult and tighten the stranglehold on their outcomes.

Though euphemistically named, “systematic obstruction” has had cataclysmic consequences for French Muslim citizens as services created and used by the community were effectively dissolved overnight. Over 718 mosques, Islamic schools and even Muslim-run businesses were closed, an administrative investigation of over 25,000 establishments began and a total of €46 million in funds were seized from an already economically-deprived minority. The policy not only continues to be silently implemented, but is willfully hidden from the sight of international observers. It can only be defined as state-led, anti-Muslim persecution, as evidenced in a report I authored for CAGE.

The state created new semantics by advocating for a “French Islam”, a new religious structure subordinate to the government’s guidelines. Religious leaders are asked to sign an “Imam’s Charter”, which explicitly forbids Muslims from invoking their faith when expressing any kind of political dissent.

A consensus of enthusiastic Islamophobia and a call for tougher measures

Despite comprising only less than ten per cent of the population and under heavy surveillance, the narrative of Muslims as a dangerous and problematic community remains unabated. “Islamism” is perceived as a danger to the republic by more than three-quarters of the French population (77 per cent). While 51 per cent believe that the anti-separatism law, coupled with measures to close down mosques and Islamic associations, is likely to reduce the terrorist threat in France. More than half of French people (53 per cent) believe that the media and election candidates do not sufficiently address issues related to the fight against “Islamism”. This is a somewhat disturbing perspective when we consider the actual stance of the main presidential candidates.

Macron went as far as to label Islamic separatism as the main enemy to tackle, reassuring everyone that his “systematic obstruction” policy is set to continue and strengthen.

Valérie Pécresse represents a right-wing party that proposed a bill in 2020 to create a “French Guantanamo” where Muslims on file for alleged “radicalisation” could be detained at the simple request of the Ministry of the Interior for a period of time subject to potentially indefinite renewal.

Do left-wing attitudes fare any better? Mélenchon, the main left-wing candidate, is on record for supporting Putin’s massacres of Muslims in Syria and comes from a political family whose Islamophobic bigotry is as crude as it is overt.

Meanwhile, Marine Le Pen regards the fight against “Islamism” as “the first world war of the 21st century” and believes “brutality” should be used against it. According to her programme, she seeks to: “Eradicate Islamist ideologies and all their networks from the national territory.” Eric Zemmour asked Muslims: “To renounce the practice of Islam which imposes a legal and political code.” He is also on record for implicitly suggesting the deportation of the entire Muslim community. Lastly, Le Pen, Zemmour and Pécresse agree that the hijab should be banned in France. Thus, all key candidates are deeply grounded in openly anti-Muslim bigotry.

A historical Islamophobia with cultural roots that run deep

French Islamophobia is to be regarded as a deep structural and cultural phenomenon with roots found in the country’s colonial past. The last two decades of the War on Terror have bolstered these attitudes, necessitating every political party in the country to sustain this socially acceptable and long-standing bigotry.

Sixty years on from the Algerian war of independence, Islamic practice is seen as a civilisational threat to the perceived values of the republic – this lies in the very foundations of the French psyche. With the might of French power and superiority thrown into question following the Algerian victory over the colonisers, many argue that France struggles to reconcile the consequences of that defeat. The “fear of decline” is a common sentiment seized upon politically when leadership candidates present how they would halt this. Islam and Muslims lurk in the shadows of French colonial defeat, so they will forever be marked with “approach with extreme caution” by the political establishment.

In 1848, at the height of the Algerian colonisation, the Revue des Deux Mondes, a literary, cultural and political magazine published in Paris since 1829, wrote about French colonists: “Any colonist of good faith, when driven into a corner, did not fail to reach this conclusion, the impossibility for the two races to live side by side on the same soil.“

When one considers the current French perception and treatment of Islam and Muslims, we realise how this two-century-old attitude has sadly withstood the test of time.

A challenging European future and a call for justice

France’s Islamophobia is not only historically and culturally entrenched, but is politically established through policies designed to stifle Muslim civic life – no single presidential election outcome will change this. Many French Muslims – demoralised and fearful – have already left the country as a result. The next few years remain critical in how effectively France’s campaign against its Muslim citizens is allowed to roll out unchallenged and how successfully they manage to export these policies as a blueprint to the rest of Europe. We have already witnessed a dangerous trend in this regard with France’s temporary presidency of the European Union, meaning it has been able to present its policies as viable approaches for the rest of Europe to co-opt.

Though the task seems tall, history bears witness that justice can prevail with consistent and bold efforts, even in the face of extreme circumstances. With our collective freedoms at stake, the time has come for creative, robust and effective solutions to resist state oppression in all its hidden and open guises. In the words of the late Frantz Fanon, it is up to our generation to accept this mission and not betray it.