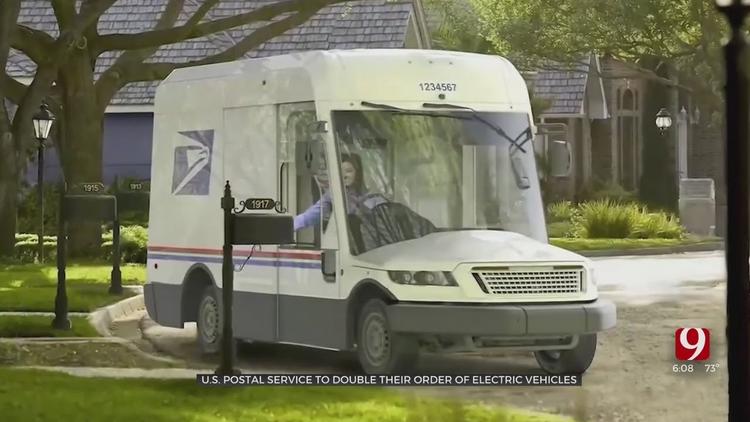 (Inequality.org ) – After nearly 30 years in the labor movement, Cindy Estrada is well familiar with the corporate playbook. “As soon as wages and benefits are decent, they want to move that work somewhere else.” That’s what happened, the United Autoworkers Vice President explained at a recent rally, after Oshkosh Defense secured a huge contract to build postal vehicles.

The United Auto Workers and climate groups join together to push the USPS to buy electric postal vehicles to replace their old, gas-guzzling fleet.

“The ink was still drying,” Estrada said, “when they announced they were moving the work to South Carolina.”

UAW members had fully expected to build the postal trucks in the existing Oshkosh Defense facility in Wisconsin. After all, the company had won the contract on the basis of their quality work. Instead, Oshkosh Defense plans to convert a vacant former Rite-Aid warehouse in notoriously anti-union South Carolina to fulfill the postal contract, circumventing the unionized workforce in Wisconsin.

Estrada and other UAW officials joined environmental groups and political leaders outside U.S. Postal Service headquarters in Washington, D.C. on April 6 to deliver 150,000 petitions demanding that the new postal vehicles be built with union labor.

“We have nothing against South Carolina workers,” Estrada said. “We believe every worker should have democracy in their workplace.”

She was joined by Bob Lynk, president of UAW Local 578, which represents the Oshkosh Defense plant.

“The new USPS delivery vehicle can be a great opportunity to invest in both a cleaner future and good paying union jobs,” Lynk said. “The company says it values its employees — we are the employees. Invest in us and reward us.”

Fellow activists from the Blue-Green Alliance and the Sierra Club stressed that labor and climate groups need to work together to make a green transition as just and strong as possible and this joint fight over electric postal vehicles is just the beginning.

The UAW has embraced their demands for green postal trucks — not gas guzzlers. Despite urging from the EPA and climate activists, Postmaster General Louis DeJoy has refused to commit to having e-vehicles make up more than 10 percent of the new fleet, claiming the Postal Service can’t afford to buy more.

Environmentalists question that claim, pointing out that USPS cost-benefit calculations were based on gas prices staying around $2 per gallon, a deeply flawed assumption given current prices at the pump.

One sign of hope: Congressman Gerry Connolly has introduced a bill that would provide extra funding for electric postal trucks and mandate that the entire fleet be electrified. In the meantime, environmental and labor groups are committed to keeping up the pressure on Oshkosh Defense and postal leaders to do the right thing.

Brian Wakamo is an Inequality Research Analyst at the Institute for Policy Studies and a co-editor of Inequality.org. Find him on Twitter @brian_wakamo.