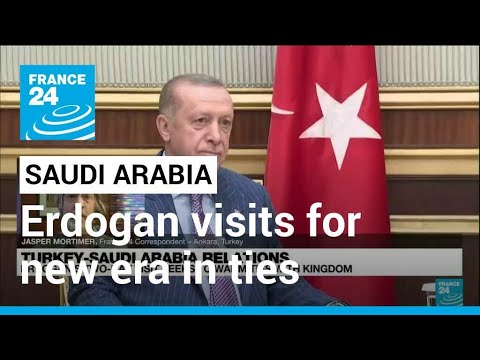 ( Middle East Monitor ) – Turkish President Recep Erdogan visited Jeddah in July 2017 and met Saudi Arabia’s King Salman Bin Abdul Aziz and Crown Prince Mohammed Bin Salman to mediate for an end to the blockade imposed on Qatar by the Saudis, the UAE, Bahrain and Egypt. “No one has any interest in prolonging this crisis any more,” Erdogan told journalists at Istanbul Airport before flying to the Kingdom.

That was Erdogan’s last visit to Saudi Arabia before last week, when he again met the king and crown prince to discuss an end to the blockade imposed by Saudi Arabia and its allies on Turkey.

Most Gulf States, including Saudi Arabia, had good relations with Turkey which were strained by their different positions towards the Arab Spring revolutions. Turkey was supportive, while most of the Gulf States opposed them.

Bilateral relations were also badly strained after the murder of Saudi journalist Jamal Khashoggi by a Saudi hit squad at the Kingdom’s consulate in Istanbul in 2018. At the time, Erdogan accused the “highest levels” of the Saudi leadership of ordering the murder, but did not name any official.

Khashoggi’s murder triggered a global outcry against the Kingdom and Bin Salman, who is its de facto ruler. Turkey insisted on seeking justice in Khashoggi’s case and commenced legal proceedings; the CIA accused Bin Salman of ordering the murder. However, no country or international body has taken even a small punitive measure against Saudi Arabia.

According to Reuters, this led to an unofficial Saudi boycott of Turkish goods, cutting Turkish exports to the Kingdom by 90 per cent. Nevertheless, Erdogan has decided to mend ties with Riyadh.

Since the start of this year, Ankara has toned down its criticism over Khashoggi’s murder. Saudi Arabian imports from Turkey rose by 2.8 per cent in the first two months of 2022.

Last month, Turkey moved the trial of 26 Saudi suspects in Khashoggi’s case from the Turkish courts to Saudi Arabia, despite widespread condemnation from rights groups and Khashoggi’s fiancée, Hatice Cengiz. This alone may have encouraged the Kingdom to invite Erdogan to visit Riyadh and meet the aging monarch and his heir.

Erdogan was enthusiastic about the meeting because he sees trade with Saudi Arabia as an important requirement for the revival of Turkey’s economy, and regards Riyadh’s political and diplomatic support as vital ahead of next year’s presidential election. He also knows that the catalyst for his country’s estrangement with the Saudis, the Arab Spring, has ended in all but name.

Before leaving for Jeddah, Erdogan told reporters that his visit to Saudi Arabia was “the manifestation of our common will” to improve ties and strengthen political, military and cultural relations. He added that it would be mutually beneficial to boost cooperation in areas including health, energy, food security, defence and finance.

“With common efforts,” he explained, “I believe we will carry our ties even beyond where they were in the past.” He added that the end of the Muslim holy month of Ramadan was a fitting time for the visit. “It was the month of replenishing and strengthening brotherly ties.”

Saudi political analyst Hani Naqshbandi was reported by DW as saying that, “This visit is not a normal trip of a head of state but more of a symbolic gesture that will be followed by a rise of trade volume, tourism and economic relations.” He pointed out that Erdogan has been and is seeking reconciliation with the region as a whole.

His fellow political analyst Ali Shihabi noted that, “Erdogan was isolated and paid a high price in massive losses resulting from an economic and travel boycott.” This isolation, he said, was due to Erdogan’s persistence over Khashoggi’s murder and taking the case to international institutions. He claimed that Erdogan travelled to Saudi Arabia to be vindicated over the Khashoggi issue.

“This visit was in response to a Saudi invitation and was of mutual benefit for Turkey and Saudi Arabia,” said Erdogan aide Yousef Katib Oglu. “The former wants Saudi investment and the latter wants Turkish arms and businesspeople.”

The fact that Bin Salman greeted Erdogan warmly in Jeddah after years of describing him as part of “the regional axis of evil” clearly reflected Saudi’s interest in repairing the strained relationship.

“Why should the two countries remain at odds with each other,” asked Turkish journalist and political analyst Ismail Yasha. “All the reasons that led to the Turkish-Saudi split have vanished.”

He did not accept the claim that the Saudis have necessarily forgiven Erdogan for pursuing the Khashoggi case. “Turkey could have closed the case quietly, but it didn’t. It did all that it could and then moved the case to the Saudi courts as all of the suspects are there. Given America’s clear reluctance to take punitive measures against Saudi Arabia, what could Turkey do?”

Yasha also pointed to the new alliances being formed in the light of the Russian war in Ukraine. “It would be crazy to be a spectator and not a policy maker at this time,” he concluded, while highlighting the success of Turkey’s defence industries; Ankara’s strong and independent positions on international issues; and the “big role” that Turkey is playing in mediating and solving international crises.

So did Turkey bow down to Saudi Arabia? I think that the situation is much more nuanced than that.