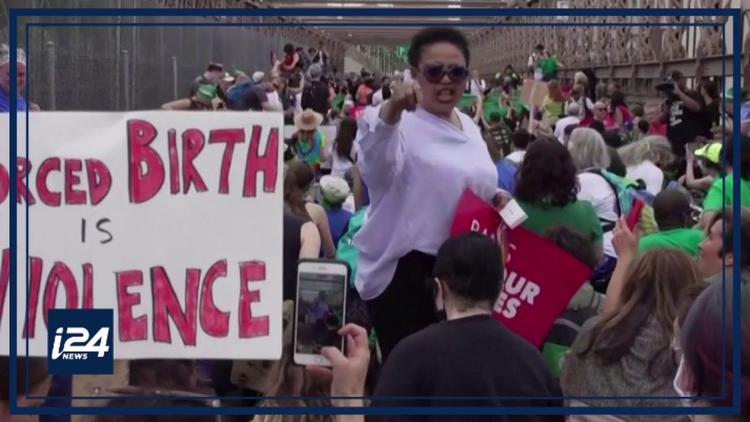 ( Minnesota Reformer ) – Our Constitution guarantees all of us the right to free exercise of our personal religious and moral beliefs, be they for or against abortion. The law has no right to interfere with what a person believes God or conscience dictates about abortion.

But equally, the Constitution guarantees that no one has the right to abridge the religious freedom of others. No one has a right to use either legislation or court decree to impose their religious or personal moral beliefs on their fellow citizens who disagree. This would establish a state religion or moral belief system, forbidden by the Constitution.

To be constitutional, any attempt to resolve the abortion dispute must agree with both of these conditions.

The problem is, the supporters and opponents of abortion believe they are engaged in an objective moral debate. That is, they believe whether abortion is murder or not is an objective moral question with an objective moral answer. They may be surprised to learn that it is not. In 2000 years of furious debate, no objective, non-religious moral argument either way has been found persuasive to the great majority of religions or of the public.

For 2000 years the majority of faiths and individuals have held that early prenatal human life does not acquire a soul or the status of a human being with a protected right to life until later in pregnancy. A majority have believed not at least until quickening, others not until at least the second trimester, and some not until first breath.

Since they firmly hold beginning human life has no soul or right to life yet — indeed “1/3 to 1/2 of all pregnancies end in miscarriage before a person misses a menstrual period or even knows they are pregnant, and about 10 to 20% of people who know they are pregnant will miscarry,” according to the Cleveland Clinic — to them early abortion is not murder. But for those same 2000 years, a large minority of equally devout faiths and moral individuals have held just the opposite, that early prenatal life already has a soul and is a human being from the moment of conception. To them all abortion is murder. Nothing close to consensus has ever been achieved.

The law of this country must be based on non-religious grounds, not on tenets of one or another religion or personal ethical code not shared by others. It must rest on legally objective moral propositions, defined as those held by the great majority of citizens, independent of their personal religious or ethical convictions, serving a defined non-religious purpose. Because no persuasive objective moral case has ever been found, the dispute over abortion fails to meet the test of an objective, non-religious moral debate.

Because neither the proposition that abortion is murder, nor that it is not, can be legally considered objective moral tenets, the constitutional issue raised by the abortion debate is therefore not “right to life” versus “right to choice.” That is a personal issue that each American must resolve for themself by their own faith or conscience. Instead, the central constitutional issue of abortion is our “right to religious freedom”: The constitutionally protected right of each side to free exercise of its beliefs, including its beliefs about abortion. For the state to legally impose one side’s views on the other would be to establish a state religion or non-objective moral belief system, which the Constitution forbids.

While a moral truth may be absolute to each person who holds it and believes it should apply universally, legally it is not an objective moral tenet unless the great majority of their fellow citizens concur. Therefore all proposed absolute moral truths for which there is no consensus fall into the legal category of religious freedom: You have absolute right to believe it yourself and to advocate all voluntarily abide by it, but absolutely no right to make the state legally establish and impose it upon others.

Thus anti-abortion Americans, who fervently believe all abortion murder, have every right to refrain from it, and to freely advocate that it is murder and urge others also refrain. And pro-abortion rights Americans, who just as fervently believe that early abortion is not murder, equally have every right to practice early abortion, and freely urge others do so also, to satisfy their religious or moral obligations that no woman should be forced to have a child she does not want and, equally importantly, no child should have a mother that does not want it. Imagine the increase in moral character and wellbeing of an America where every child is born and raised wanted, they argue.

But crucially, both sides are constitutionally forbidden to use the law to impose their radically opposite beliefs on the other, a flagrant violation of religious freedom.

Unfortunately, because so many on each side devoutly and mistakenly conflate their religious or personal convictions with objective moral truth, each side — perhaps both of them equally honorable — believes they hold the moral high ground, while the other is guilty of great evil. It is this misconception — that the morality of abortion has an objective, non-religious answer — that has left the nation so sharply divided.

This creates a significant risk that those whom we trust to defend our Constitution will fail in their judgment and do great harm to religious freedom and the rule of law.

Anti-abortion Americans, a very active constituency, have used their political power to stack the Supreme Court with justices whose personal faith opposes abortion. They await the day the court will reverse Roe v. Wade and ban abortion, or remand it to the states to do the same. Most advocates, both anti-abortion and pro-abortion rights, do not realize this would violate freedom of religion.

Our devout current President and a majority of the justices are Catholics, and may find abortion deeply offensive to their faith and strongly oppose it personally. That is their right; their religion is not at issue. And I agree with the current court majority that Roe v Wade was poorly argued. It should have been argued on the sturdy basis of religious freedom — that the state may not privilege select religious or moral beliefs of some citizens on which there is nothing close to consensus, and use the law to force them upon others who strongly oppose them. I also agree that right to abortion is not mentioned in the Constitution, nor is right to divorce or circumcision or any other religious practice. But freedom of religion itself is Constitutional bedrock, from the Founding Fathers to this day.

The president and the court have all sworn a solemn oath to defend the Constitution. Therefore we fully expect them to honor that oath and defend the religious freedom of all: for anti-abortion Americans who believe abortion morally indefensible, and pro-abortion rights Americans who believe early abortion morally acceptable and necessary for their religious or ethical obligations.

The genius of our Constitution is that it creates space for even a debate this contentious to play out peacefully, but only if those on all sides understand and respect the right of all to religious freedom.

Our president and the Court must wisely and vigorously protect religious freedom and the right of both anti-abortion and pro-abortion rights advocates to free exercise of their beliefs, and to eschew any state establishment of the beliefs of one side upon the other.

Walter McClure is a senior fellow and chairman of the Center for Policy Design, where his chief concern is large system architecture.