By Robyn Gulliver, The University of Queensland | –

But what caused this seismic shift in Australia’s political landscape? And why now? We believe the rapid growth and diversification of Australia’s environmental movement since 2015 played an important role.

For example, almost a million Australians volunteered for an environmental charity in 2019, whether by planting trees, organising candidate forums or joining a climate strike.

The environmental movement is also increasingly crossing into traditionally conservative areas, with the emergence of groups such as the Coalition for Conservation and Farmers for Climate Action, which has united 7,000 farmers and 1,200 agriculture industry supporters.

Much of this work remains invisible and takes time, despite being punctuated by highly visible uprisings. And after many years, it may be finally precipitating the end of the climate wars.

Many Australians will already be familiar with iconic environmental campaigns such as the Franklin Blockade in Tasmania in the early 1980s, which was pivotal in the evolution of Australia’s environmental movement.

Behind these well-known protests is a diversifying and rapidly expanding environmental movement. In recent years, hundreds of new groups have appeared, and many are actively challenging the activist stereotype characterised by labels such as hippies, extremists, or zealots.

Groups such as First Nations Clean Energy Network, Emergency Leaders for Climate Action, and the Investor Group on Climate Change have normalised calls for climate action in new industry sectors, and across regional and remote communities.

Many of these groups are using innovative methods to bring about change. Market Forces, for example, applies financial levers to challenge corporate support for the fossil fuel industry.

Wangan and Jagalingou Traditional Owners have established a sovereignty camp inside the Adani coal mining lease after their native title rights were extinguished.

And Next Economy canvassed regional communities, discovering a strong desire for clear and well-resourced transition plans for a zero emissions economy.

These actions put climate change onto the public agenda by generating widespread media attention. But they represent just a fraction of environmental movement activities.

Most environmental movement activity seeks to build consensus on climate change with those who share different values and worldviews.

Our extensive empirical analysis published last year found between 2010 and 2019, environmental groups advertised more than 24,000 events on Facebook alone, such as film screenings, seminars and clean-ups.

Many Australians have now felt impacts of the climate crisis. The 2019-2020 bushfires affected 80% of Australians whether directly or indirectly. Tens of thousands of people were displaced by the recent floods in New South Wales and Queensland.

By sharing heart-wrenching accounts of climate change-related harm, groups such as Bushfire Survivors for Climate Action are able to influence peoples’ opinions and beliefs on climate change .

The diversification of groups has also increased calls for climate action from conservative voices, which have been closely tied to climate scepticism in Australia.

But research from 2021 shows how amplifying these voices within the environmental movement can help normalise climate action within conservative ideology. Conservatives are also more likely to support messages delivered by other conservatives.

We can see these processes playing out in groups such as Farmers for Climate Action. Farmers, traditionally represented by conservative politicians famous for questioning climate science, have become increasingly frustrated about climate inaction.

More than one goal

For many groups, the election is only one way of creating change to adequately tackle climate change in Australia. They continue to take action in different ways.

Some, such as Australian Parents for Climate Action, are building community groups working on local issues. This includes installing solar panels and batteries in schools and early childhood centres.

And Better Futures is building an alliance of public and private sector leaders to showcase individual and collaborative climate action across industry sectors and communities.

Groups such as these are organising hundreds of new campaigns every year from local to national scale, many of which are achieving their goals.

What does this mean for the new government?

While the Albanese government has set a stronger emissions reduction target and promises to inject more renewables into the grid, it insists on continuing to support the emissions-intensive gas industry.

This year’s election offers a chance for the federal government to chart a new way forward. Whether politicians grasp this opportunity remains to be seen.

Will the government heed the call that voters expect greater climate action? Will Labor forge a path beyond fossil fuels, one that doesn’t leave coal and gas communities behind? And how far will the Greens and teal independents push Labor to rise to the challenge?

The environmental movement is now tightly woven into communities across Australia and its demands are clear. It has achieved demonstrable impact and wields considerable power to affect change. Politicians ignore it at their peril. 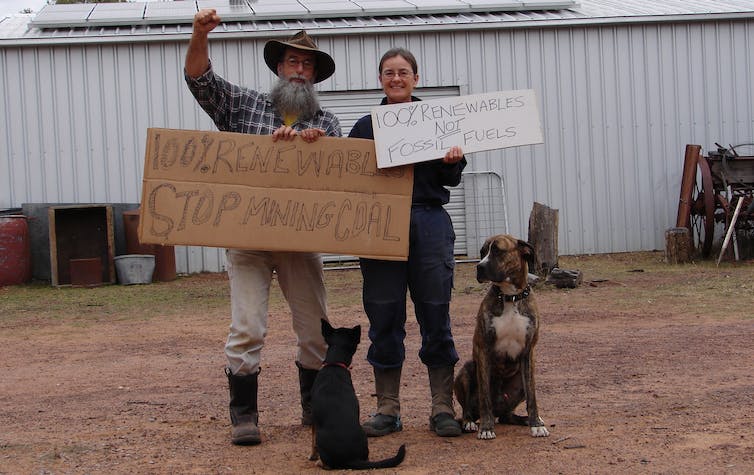