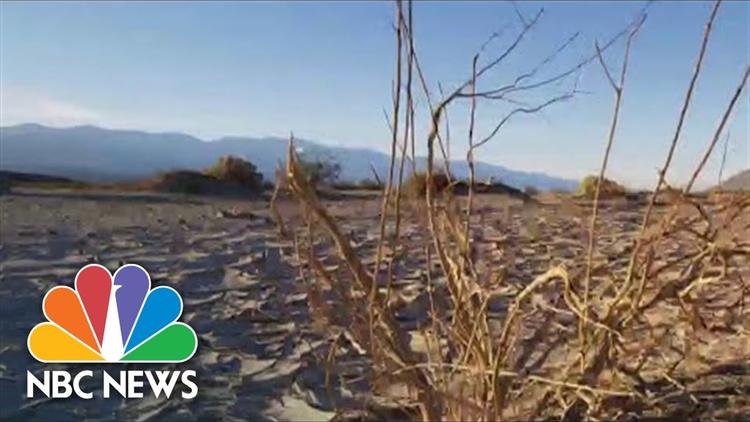 Ann Arbor (Informed Comment) – We’re only midweek, but we have already seen serial disasters across the United States that have been exacerbated by the climate emergency, caused by human beings burning coal, methane gas and petroleum. So writes Mihai Andrei at ZME Science.

I put it to you that this first paragraph at the sober, measured Public Broadcasting System’s site is virtually apocalyptic, resembling something you would hear in a melodramatic Hollywood disaster movie:

“More than 100 million Americans are being warned to stay indoors if possible as high temperatures and humidity settle in over states stretching through parts of the Gulf Coast to the Great Lakes and east to the Carolinas.”

The heat wave that has been cascading from the West Coast to the East is setting temperature records as it makes its way toward the Atlantic. A record means it is the highest recorded temperature on that date since the mid-19th century when scientific observations began being regularly recorded.

On Saturday it was 114 degrees F. in Phoenix, Az., the highest recorded temperature in a century. Admittedly, a one-off temperature anomaly like that would not be so significant in itself. But average Arizona temperatures in the period 2000-2020 were six tenths of a degree higher than the average in 1980-2000. Equally significant, the average annual rainfall has fallen by nearly an inch in the past 20 years compared to the previous 20. It is inexorably getting hotter and drier.

When, in the future, it hits 120 degrees F. in Phoenix in the morning, when humidity is 50%, that would be an unlivable situation for human beings.

Chicago had to open cooling centers or send people to the public libraries.

Wind and solar power “bailed out” Texas during the heat wave, though the state’s conservative elite will never recognize it.

Wildfires burned over the span of a million acres in several states, with New Mexico very badly hit. Wildfires are becoming more intense and more frequent in the US Southwest because of the climate emergency, which is drying these states out and making them hotter.

As the oceans warm up, the air above them is more humid, causing rivers in the sky. Because of warmer temperatures even up at mountain tops, this extra moisture isn’t deposited so frequently as snow any more. Rather, these atmospheric rivers are prone to dumping their water all of a sudden, causing flooding. Most of the flash floods in the US Northwest are now caused by such atmospheric rivers, a direct result of global heating. That is why Yellowstone National Park was closed Monday by a massive flood.

Then there was the Midwest Derecho, a straight-line set of storms with high winds that stretch along an expanse of at least 240 miles. At Fort Wayne winds reached 98 miles an hour. Hundreds of thousands of residents had their electricity knocked out. Wheeling, West Virginia was hit by two Derechos, one after another.

Derechos in and of themselves are not necessarily caused by the climate emergency, but for them to hit frequently in more northerly climes because of increased heat and humidity is certainly a climate effect. In the southwest and southeast they can be an annual affair, whereas in northern Michigan or Ontario they used to only occur once in four years. Both their frequency and intensity are moving north.

Weather is what happens this week. Climate is the pattern of what happens over 50 years. So a one-off event is hard to relate to changes in the climate. Only, these are not one-off events, and the emerging patterns are quite clear.

Nature is giving us a glimpse of life in America if we go on spewing 4.5 billion tons of carbon dioxide into the atmosphere every year. Think about it this way. A typical automobile weighs 2 tons. So this would be as though we used huge catapults to throw more than 2 billion cars into the upper atmosphere every year. You’d notice if you did that, because they’d come plummeting down to earth, landing on things and on people. It is worse. Cars are inert metal and plastic. Carbon dioxide is a heat-trapping gas. So throwing 4.5 billion tons of it up into the atmosphere is more like setting off myriads of atomic bombs up there. You don’t usually think of your local coal-fired power plant or the gas furnace in your home or building as being like high explosives, but using the former has the same effect as blowing up the latter.

So, America, welcome to the future– a future of heat waves, torrid, suffocating cities with sporadic government-backed “cooling centers,” atmospheric rivers and flash floods, and wildires. This week gave you a mild glimpse of it. The reality will be much worse if we don’t stop putting all that carbon dioxide into our atmosphere.