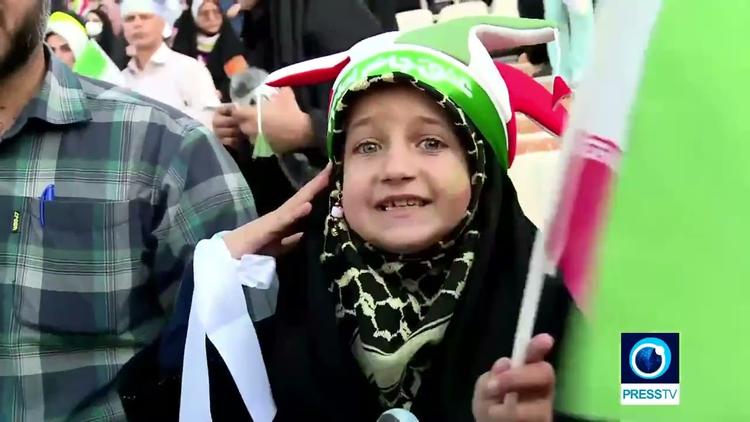 The Tehran Times recently hailed what it referred to as: “A new epic song themed with generational support for the Islamic Revolution…” Hello Commander, which is being sung by schoolchildren across the country, is an attempt by the current conservative government of Iran to unify the youth around their particular interpretation of Islam and Iran.

This is nothing but a cultural war against ideas perceived to be dangerous to the power of the conservative establishment espoused by many Iranians within the country and those who were educated abroad, including in Europe and North America.

Iran occupies a special place in the imagination of the world. It is an ancient country. It is Persia, Cyrus the Great, the seat of some of the most mesmerising empires of world history. It is also a country that is on the cusp of nuclear weapons capability. Therefore, it is crucial to understand Iran and to do so without falling for platitudes.

Before the revolution of 1979, Iran had in Mohammad Reza Pahlavi a bon vivant, self-indulgent shah who loved his glass of vintage Moët & Chandon champagne, while many Iranians considered him a US puppet. After the revolution, Iran was ruled by an ascetic, stern and incredibly stoic cleric, Ayatollah Ruhollah Khomeini. He quickly banned many ancient Persian indulgences in the name of his puritanical interpretation of Shia Islam.

Today, the residues of this paradoxical historical set-up continue to drive Iranian culture. This is true within the country and outside, among the vastly successful Iranian diaspora who are equally caught up in this battle for Iran’s “real” identity.

Hello Commander has to be analysed against that backdrop. It is a state-sponsored effort to unify a beautifully diverse culture. The song portrays a version of Iran from the perspective of the religious conservatives. This is how Iran should be, they tell everyone: vigilant, religiously conservative, ready to sacrifice for a higher cause. The problem is of course, that this is not how Iran really is – and this explains the ongoing dissent against this restrictive version of the country.

Many Iranians simply object to being moulded into one ideological corpus.

This is being driven by hardline religious conservatives whose candidate, Ebrahim Raisi, took power at the 2021 presidential election. Their Iran is righteous, combative, always on the outlook for the evil enemy. They feed on the paranoia that real imperial intrusions into Iranian sovereignty brought about until the revolution of 1979 and in many ways thereafter, especially by the US.

In 1980, the country was invaded by Saddam Hussein’s Iraq – one of the cruellest dictators in the modern history of the region. And yet Saddam was supported by the US and Europe during the devastating Iran-Iraq war between 1980 and 1988 – even when he used chemical weapons.

For the religious conservatives, these are literally God-given themes. They are incredibly useful for their effort to freeze their Iran in an eternal struggle with the world. As such, the song Hello Commander is an ode to the “martyrs” of that horrible conflict during which tens of thousands of young Iranians and Iraqis perished.

In the official video of the song, Iranian children hold up the pictures of their loved ones who were killed in the trenches. At the same time, Hello Commander is a “hopeful” song as it is meant to pronounce the willingness of this Iranian youth to fight for justice.

With its mildly martial yet strongly ritualistic melody that speaks to emotive religious themes, the song targets a youth culture that is as diverse as the aforementioned Iranian experience with the world. Within a cultural environment where Iranian rap music dominates and where most middle-class Iranians listen to pop songs produced in diasporic hubs such as Los Angeles, Hello Commander seems a rather clumsy effort to switch such worldly preferences to the conservative establishment’s extremely particular and restrictive interpretation of Iran.

The ideal youth that the song envisages has long been socialised into adulthood and the tough social realities that the US sanctions regime exacerbates for ordinary Iranians. There is no time for ideological indulgence. The lyrics of Hello Commander summon the Imam Mahdi, the eternal commander of the faithful. Imam Mahdi plays a major part in the doctrines of the pious Twelver Shia, the minority Islamic sect that dominates in Iran, Iraq, southern Lebanon and elsewhere.

The song also pays particular tribute to General Qassem Soleimani, who was assassinated in 2020 at the behest of Donald Trump. It rails against the eternal harassment of the faithful by external enemies.

But Hello Commander preaches to the converted. Its narrow script does not capture the vastness of the cultural repository that emanates from Iran. Iranian youth, like young people all over the world, is diverse and not readily subsumed under one narrative.

Iran has a highly educated population and successful universities. It is also a country that is besieged by US sanctions. Most Iranians are busy trying to make ends meet. The hopeful tenor of the song may boost the morale of the converted, but it must seem rather cynical to many Iranian workers who suffer under the yoke of sanctions and the harsh conservative focus of the establishment.

In light of this complexity of contemporary Persia, I asked what Iran “is” in my most recent book under the same title, making reference to five pieces of Iranian music. The answer could only be captured in vast open-ended parentheses. Iran is the love poetry of Rumi, the architecture of Persepolis – Shia Islam too. The ancient historical diversity of the country can’t be reduced to platitudes. Whenever this happens, history has shown, Persia breaks free.