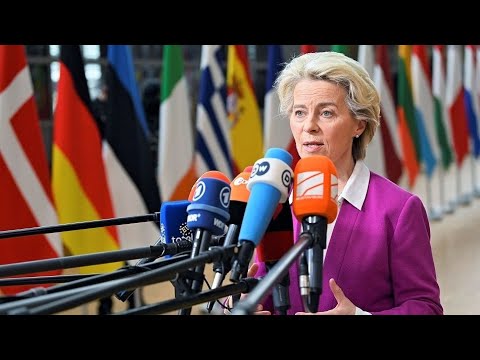 Ann Arbor (Informed Comment) – France 24, with AFP, reports that the 27-member European Union succeeded on Monday in agreeing to a sixth round of boycott measures against Russia. Most importantly, Europe pledged immediately to halt two-thirds of all European purchases of Russian petroleum, and to halt 90% of such imports by the end of the year, likely meaning the closure of the European branches of the Druzhba pipeline. The pipeline spans Russia from Siberia to the east, then splits into a northern leg that supplies Poland and German and a southern one that supplies Hungary, Czechia and Slovakia.

EU leaders hailed the agreement, which aims at de-funding the Russian war machine in Ukraine. At the least it will force Russia to scramble to find alternative buyers, to absorb the greater cost of shipping oil on tankers, and likely to offer it at a discount. Indian firms buying Russian oil are paying only about 70% of the market price, because of the risk of US sanctions against such buyers. The boycott, however, will support higher petroleum prices unless more oil comes on the market from the Gulf, and the higher prices may somewhat offset Russian loss of the European market.

The president of the European Commission, Charles Michel, tweeted, “Agreement to ban export of Russian oil to the EU. This immediately covers more than 2/3 of oil imports from Russia, cutting a huge source of financing for its war machine. Maximum pressure on Russia to end the war.”

The far right wing government of Viktor Urban in Hungary had been balking at the move, since Hungary is landlocked and heavily dependent on the Druzhba pipeline for its petroleum, but the rest of the EU gave it guarantees that ways would be found to replace that oil for Hungary, and extended the deadline for compliance by eight months.

The agreement also kicked three Russian banks off the SWIFT financial exchange, which allows banks to send money to one another. The country’s largest bank, Sberbank, is one of the three newly dropped.

Petroleum is mainly used to fuel vehicles, so Europe’s next problem is to find a way to keep people in circulation without Russian petroleum, and given that the boycott will likely help keep gasoline prices high this summer. Germany is offering riders a 9 euro train fare [$9.59] in hopes of increasing the number of train riders beyond the 13 million mostly urban commuters who already use the system.

Although Europe will likely just up its imports of petroleum from other countries, the Russian oil boycott could help accelerate the shift to green transportation over the coming years. Many European governments are promoting electric vehicles, which do not use petroleum. EVs are on a roll in Europe and China in particular, but even worldwide the sales of vehicles with internal combustion engines (ICE) are in “permanent decline.” They peaked in 2017 and have been falling ever since. They’re still a majority of the new vehicles sold, but their proportion of the market is steadily shrinking in favor of EVs. Russian oil was always a stranded asset, its worthlessness is just being realized sooner than it otherwise would have been.

In the first quarter of this year, Volkswagen and Mercedes — German carmakers said that sales of their EVs spiked, and increased by 65% and 37% respectively. Tesla sales were up 80%. In fact, the rush to EVs now is no longer hampered by consumer hesitancy, but by supply chain problems caused by the pandemic and the war in Ukraine. The German government now backs the goal that all new car sales should be EVs by 2035.