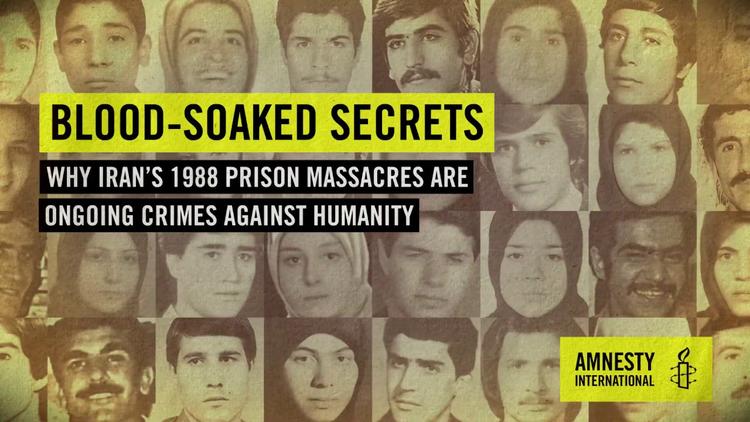 In 1988, Iranian authorities, acting on the orders of then-Supreme Leader Ayatollah Ruhollah Khomeini, summarily and extrajudicially executed thousands of political prisoners across the country. The number of executions is not known, but according to estimates from former Iranian officials and lists compiled by human rights and opposition groups, Iranian authorities executed between 2,800 and 5,000 prisoners in at least 32 cities. Evidence links several past and current senior officials to the executions, including President Ebrahim Raeesi.

“For decades the families of the 1988 mass execution victims have relentlessly pursued truth and justice for their loved ones without success,” said Tara Sepehri Far, senior Iran researcher at Human Rights Watch. “Now that a trial in Sweden has put a renewed spotlight on one of the darkest chapters of Iran’s modern history, it is critical for prosecutors in other countries to pursue justice for these heinous crimes.”

There has been no accountability for these crimes in Iran, so foreign courts should appropriately prosecute Iranian officials implicated in the killings. A Swedish court in August 2021 began the trial of an Iranian national accused of involvement in the mass executions in Rajai Shahr prison in Karaj. The trial, in which a verdict is expected in July 2022, is an important development for victims long denied recognition and justice.

The question-and-answer document examines the extensive evidence gathered by survivors and rights groups over several decades, including regarding the senior officials implicated in overseeing these crimes, and the judicial avenues officials can take under applicable legal frameworks, including universal jurisdiction.

The Iranian government has never acknowledged the mass executions, nor provided any information about the number of prisoners killed. Instead, the authorities have sought to silence those seeking truth and justice for these alleged crimes.

In 2016, Ahmed Montazeri, the son of Ayatollah Hussein Ali Montazeri, the deputy supreme leader at the time of the executions, released an audiotape of senior officials discussing the coordination of the mass executions. Following the release of the audio file, the Special Court of Clergy convicted Montazeri of several charges including “spreading propaganda against the system” and “revealing plans, secrets or decisions regarding the state’s domestic or foreign policies… in a manner amounting to espionage.” In November 2016, he was sentenced to 21 years in prison, which was later suspended.

Available evidence shows that Iranian authorities from July to September 1988 executed thousands of prisoners in violation of their fundamental right to a fair judicial process. Under international law, extrajudicial killings and other abuses committed as part of a widespread or systematic attack directed against any civilian population are crimes against humanity. “Widespread” refers to the scale of the acts or number of victims. “Systematic” indicates a pattern or methodical plan. The mass executions in Iran were both widespread and systematic.

Customary international law allows judicial authorities to use universal jurisdiction for particularly heinous crimes such as war crimes and crimes against humanity, no matter where the crimes were committed and regardless of the nationality of the suspects or their victims. Liability for serious crimes under international law is not limited to those who carry out the acts, but also those who order, assist, or are otherwise complicit in the crimes.