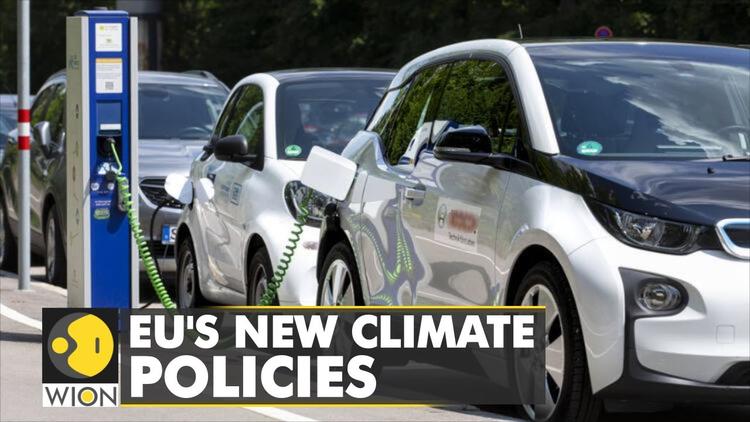 Frans Timmermans, the chief EU Climate official, noted that “The climate crisis and its consequences are self-evident, and legislation was thus inevitable.” He added that the thought that the Ukraine crisis had incentivized countries to accelerate their move away from fossil fuels. Russia is a major oil and gas producer and has been using European dependence on Russian exports of these products to punish opposition to its war on Ukraine.

The ministers agreed to prohibit sales of new internal combustion engine vehicles (ICEVs) in the EU entirely by 2035. New gasoline-driven cars will be as Illegal as the sale of heroin. Some member states such as Italy had held out for allowing plug-in hybrids, which switch between battery electricity and gasoline, but recent studies have found that PHEVs only reduce carbon emissions by 20%, while pure EVs reduce emissions by 70% and have the potential to be even greener as green steel and new kinds of batteries come online. As a compromise, at Germany’s urging, the EU promised to look again at PHEVs in 2026, but they are probably toast. The batteries in electric cars are seeing greater and greater range, commonly 300 milles on a charge now, so that the need for plug-in hybrids is fast declining.

Al Jazeera notes that “Europe’s leading clean transport campaign group, Transport and Environment, said the EU governments’ agreement is ‘historic’ as it ‘breaks the hold of the oil industry over transport. It’s game over for the internal combustion engine in Europe.'”

The EU will also create a new carbon market for suppliers of fuel and domestic fuel oils, as is already the case for electricity providers. The power plant carbon market has been an important motivator for the adoption of green energy in countries such as Spain.

The ministers also agreed to set up a 59-billion Euro ($61 billion) fund to protect poorer citizens from the costs of the energy transition.

Finally, they reached an accord on proposals to strengthen national emissions reduction targets, and to increase natural carbon sinks like forests.

(I fear that this last measure isn’t all that useful, since trees give back their carbon to the atmosphere when they die unless they are buried or dumped into the ocean to sink and be covered up on the floor.)