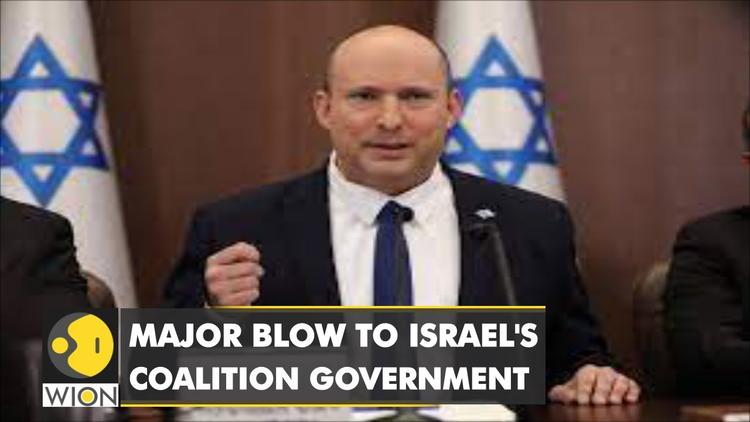 Ann Arbor (Informed Comment) – On Monday evening, the government of Naftali Bennett in Israel failed to pass a crucial law in parliament, according to the Israeli newspaper Arab 48. The failure, which strikes at the foundations of Bennett’s far right vision of an expanding Greater Israel that forever forestalls any Palestinian state, exposed the weakness of his shaky eight-party coalition, which cobbles together some elements of the Israeli far right with some Palestinian-Israeli (“Israeli Arab”) delegates and more centrist Israeli parties.

It turns out that you can’t depend on the 20% of Israelis who are of Palestinian heritage to help you keep Apartheid legislation in place for governing their cousins across the Green Line in the West Bank.

The “Judea and Samaria Emergency Regulations, Governance and Legal Aid Act,” passed soon after the Israeli military occupation of the Palestinian Territories in 1967, put Israelis who squatted on Palestinian land under Israeli law but put the Palestinians under military rule.

Ironically, the Israeli Religious Right, which currently sits in the opposition benches, refused to support the renewal on the grounds that it is a “band-aid,” when what is needed is the full Israeli annexation of the Palestinian West Bank, according to Carrie Keller-Lynn at the Times of Israel. Former prime minister Binyamin Netanyahu and his allies did not vote in favor in hopes that the bill’s failure would cause the government to fall so that he could return to power. Netanyahu is on trial for corruption.

The Bennett government includes six members of parliament from the Palestinian fundamentalist religious party, the United Arab List, known in Hebrew as Ra’am. One of them voted against the bill, which Palestinians see as foundational to the continual mistreatment of the indigenous Palestinians. The other Ra’am members simply absented themselves from the vote. Another “no” came from Rinawie Zoabi, a Palestinian-Israeli from the center-left Meretz Party. She had briefly resigned from the government but rejoined three days later. She said her vote on the Judea and Samaria Emergency Regulations Act was a matter of conscience and not intended to bring the government down. Another far-right israeli MK resigned from the government two months ago, leaving Bennett with only 60 votes in the 120-member Knesset. So far he has muddled through with the help of Ra’am.

Israeli politicians and military men were chomping at the bit to seize the Palestinian West Bank from Jordan all through the 1960s, and finally had their pretext after they launched the 1967 War on Syria and Egypt. Although the civilian Palestinians in Gaza and the West Bank played no part in those military events, the Israeli army rolled in and occupied those territories during the war, and have kept them under Tel Aviv’s control ever since.

Soon after the 1967 occupation, during which 300,000 further Palestinians were displaced or ethnically cleansed, the Israeli parliament passed the Emergency law, which has to be renewed every five years by the Israeli parliament. That it is still to be renewed over fifty years after it was first enacted shows that it is no longer an emergency decree for a temporary situation, but has become institutionalized.

The law is, therefore, the legal foundation for the current Apartheid situation in the West Bank, into which Israel flooded several hundred thousand squatters, stealing the land from Palestinian families who owned it, in contravention of all international laws and norms governing territories occupied during wartime.

If the law is not reinstated by the end of June, Arab 48 says it would have a major impact on how the West Bank is governed. The 3500 Palestinians convicted in Israeli military courts would have to be transferred to civilian jails in the West Bank. Israeli squatters living in settlements with no address inside Israel would suddenly be under military rule, not Israeli civilian law. They wouldn’t be able to vote in Israeli elections, just as Palestinians cannot. Israel could not prosecute them for crimes in Israeli courts. The police forces in the squatter settlements would be divorced from the police force inside Israel. Squatter lawyers in the Palestinian West Bank could not belong to the Israeli Bar Association.

Of course, it is highly unlikely that, in the end, the Emergency Law will be allowed to lapse. But that will require Bennett to receive some votes from parties outside his governing coalition, since it is clear that the Palestinian-Israelis of the United Arab List, essentially members of the Muslim Brotherhood, have limits on what they will hold their nose and vote for, and an Apartheid law is one of those red lines.