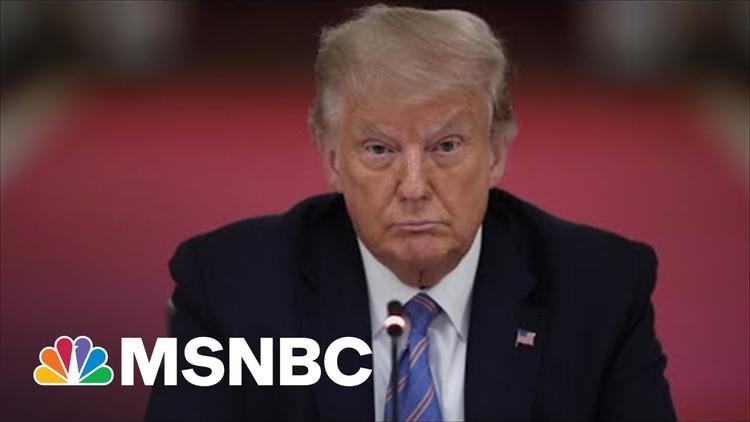 Ann Arbor (Informed Comment) – When the news of the burglary at the Democratic campaign headquarters in the Watergate building broke, it wasn’t initially clear that President Tricky Dick Nixon had ordered it. (He did, twice. Yes.) So for those too young to remember that dreary scandal, the question of “What did the president know and when did he know it?” was crucial to Nixon’s fate. Only when it became clear that the conspiracy was directed from the White House did support for Nixon crumble even among most Republicans.

Republicans were different back then, less prone to crazed conspiracy theories, more decent, more tied to concrete reality. Nowadays opinion polls show that Republicans believe twelve false things before breakfast every day and you can’t convince them with mere logic and concrete evidence. There have been other parties in the past century who were similarly not open to the truth and which similarly subordinated mere facts to party interests, exemplified by the interests of their great leader. Both Stalinism and Germany’s National Socialism were like that. It is pretty scary that so many Republicans now have the goose-stepping mindset.

Regardless of the imperviousness of the Trump base to mere facts, Trump is in trouble. I certainly hope that the Department of Justice has the courage to indict him.

Dana Bash, Jake Tapper and Jeremy Herb at CNN elicited from a Jan. 6 Panel member a precise list of the seven parts of Trump’s plan, which Cheney referred to but did not present in detail. The stages were, they say:

Ken Dilanian at NBC News makes crystal clear that each of the seven points is indictable. It isn’t only point 6, unleashing the Oath Keepers and Proud boys on the Capitol that was illegal.

When Trump pressured Mike Pence not to certify Biden’s win on January 6, that was obstruction of an official proceeding.

That is a real crime, to which some of the insurrectionists have already pleaded guilty. It comes with as much as a 20-year prison sentence and a $250,000 fine. The fine would mean nothing to Trump, but if he was convicted and got the max, he’d die in jail.

Some of Trump’s other actions constitute attempted fraud. One court judge has already said in a ruling, as Dilanian points out, that Trump is probably guilty of both of these offenses.

Dilanian ends his excellent discussion by bringing up the difficulty of proving intent. Did Trump genuinely believe he won the election? In that case it is harder to prove fraud. But Trump has been caught on camera on more than one occasion admitting that he lost. Imagine what he told Mark Meadows and others around him. I suspect it would be possible to show that Trump knew very well that he lost and that it wasn’t because the election was rigged. Even the way he demanded that Secretary of State for Georgia Brad Raffensperger find him enough votes to swing the state to himself and away from Biden shows criminal intent. He didn’t say, “The votes were there but the Democrats hid them, so go ferret them out.” He gave the number of ballots he wanted discovered– one more than Biden had.

So I think the intent to fraud is clear.

As for obstruction of an official proceeding, his beliefs would be irrelevant. If somebody tried to stop a vote in Congress because he believed the representatives were Martians who had taken over the congressmen’s bodies (and who could blame him for thinking that in some instances?), no judge would take these convictions into account when sentencing him.

Finally, the Jan. 6 committee has made clear that the Oath Keepers were in direct contact with someone in the White House. Very likely, that staffer was an intermediary with Trump. It could yet come out that Trump ordered the insurrection. Once the staffer is identified, we may come to know exactly what the president knew and when he knew it.