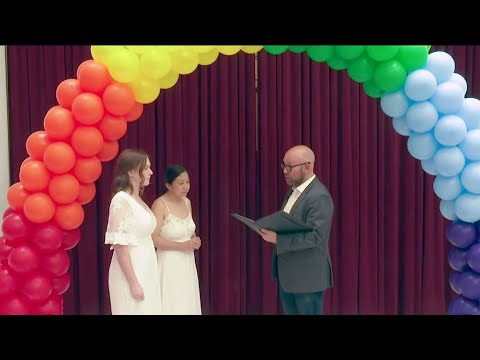 The Supreme Court’s decision to reverse 50 years of constitutional protection for the right to get an abortion is more than 200 pages long. Morgan Marietta, a political scientist at the University of Massachusetts, Lowell, and editor of the annual SCOTUS series at Palgrave Macmillan, studies the ideas and ideology of the court. We asked him to illuminate the thinking that lies behind the momentous decision.

What does this ruling mean?

This is a revolutionary ruling. Not just for abortion, but for the ongoing debates over the nature of rights under the Constitution.

The ruling signals a massive change in how we read the Constitution, from a living reading to an original reading. The court has firmly rejected the theory of the living Constitution, which argues that the meaning of the document’s language changes as the beliefs and values of Americans change.

The living view, which prevailed at the Supreme Court during the second half of the 20th century, means that additional rights can emerge over time, including abortion, privacy and same-sex marriage. The living Constitution is updated through the judgment of the justices of the Supreme Court, who determine when public values have changed, and hence new rights have emerged.

Originalism, which is the approach taken by the justices who overruled Roe, rejects the living Constitution. In the originalist view, the Constitution is static until officially altered by amendment. It does not evolve on its own without public approval. The role of the justices is to determine the original public meaning of the text, but to leave other decisions to democratic representation through elections.

Regarding abortion, the conclusion of Dobbs is clear: “The Constitution does not prohibit the citizens of each State from regulating or prohibiting abortion. Roe and Casey arrogated that authority. We now overrule those decisions and return that authority to the people and their elected representatives.”

“Arrogated” is an unusual word; it means to take without justification, implying that it is done in an arrogant way. That is the core argument of Dobbs: Roe was the court being arrogant, taking power the justices didn’t have, which rightly belongs with “the people,” a Revolutionary-era term in a revolutionary ruling.

Why is there now no right to abortion, when Roe recognized it?

The new originalism of the court’s majority argues that if a right is present in the text and original public meaning of the Constitution, including the Bill of Rights and any other amendments, then the decision is beyond the reach of majority rule. But rights must be clear and established in order to wield that sort of influence.

The explicit rights clearly described and enumerated in the Bill of Rights — freedom of religion, freedom of speech, freedom to bear arms and others — are rising in influence, specifically because they have been approved and ratified by the people.

But the other evolved or implicit rights that have been recognized by the court over time – abortion and gay marriage, among others – are simply not constitutional rights in the view of the new majority. Enumerated rights – the ones specifically spelled out in the Bill of Rights – will be accorded stronger protections, while the recently recognized rights of the living Constitution will not be protected.

Under Roe, the majority saw abortion as within the category of rights. Hence it received constitutional protection. But under the new abortion decision, it should be governed by majority rule, the kind of question that is to be determined by the citizens of each state through their legislatures.

Even the originalist justices, however, recognize that there are some unenumerated rights which, though not spelled out in the Constitution, should be given constitutional protection. The Ninth Amendment explicitly argues for their existence: “The enumeration in the Constitution, of certain rights, shall not be construed to deny or disparage others retained by the people.”

So how do we know what those rights are? The court has settled on something known as the Glucksberg standard from 1997: Americans hold those additional rights that are “deeply rooted in the Nation’s history and tradition.”

In other words, if during the early phase of American history – roughly the 100-year period between the founding and the 14th Amendment, the 1770s to the 1870s – Americans publicly asserted the existence of a right, then it exists. But if they did not, then it does not exist. Under the Glucksberg standard, there has to be clear historical evidence from public debates, political speeches or judicial rulings that the right was asserted and recognized.

In Justice Samuel Alito’s majority opinion in Dobbs, he provides a review of the history of abortion: “The inescapable conclusion is that a right to abortion is not deeply rooted in the Nation’s history and traditions. On the contrary, an unbroken tradition of prohibiting abortion on pain of criminal punishment persisted from the earliest days of the common law until 1973,” Alito writes.

In the future, the court may rely on its own reading of history to determine which rights exist under the Constitution. But if the record is uncertain, the justices are far more likely to allow states to decide for themselves, rather than “usurp the power to address a question of profound moral and social importance that the Constitution unequivocally leaves to the people,” wrote Alito.

Is a fetus now a person?

Each state will decide.

The abortion debate has two core questions: Is there a right to abortion? And is a fetus a person?

Even if a right exists, this does not justify the killing of a person – who is another holder of rights. In Roe, the court decided for the nation what the boundaries of fetal personhood were in the early stages of pregnancy: A fetus could not be considered a person before viability at approximately six months, but states could decide during the last trimester. In Dobbs, the court changes course and allows each individual state to make its own determination.

Whether the court should decide disputed realities is a deeply divisive question. There was a fascinating case called Kahler v. Kansas decided in 2020, which addressed the specific question of who gets to decide disputed social facts. In that case it was the boundaries of insanity: Could Kansas define mental illness and hence the insanity defense differently than other states? Does there have to be one definition throughout the nation about such matters as what counts as legally insane, or can we have variation?

In a decision written by Justice Elena Kagan, the court ruled that when realities are uncertain, individual state legislatures could decide for themselves. The same now applies to the personhood of a fetus. The power of individual states to decide social realities within their borders is the future of many constitutional disputes.

As Alito writes: “In some states, voters may believe that the abortion right should be even more extensive that the right that Roe and Casey recognized. Voters in other States may wish to impose tight restrictions based on their belief that abortion destroys an ‘unborn human being.’”

What effect will the ruling have on other issues?

In overturning Roe, the majority’s opinion offers a new and weaker standard for overturning the past rulings of the court. Simply put, precedents will be easier to overturn in the future.

For 30 years, the Casey ruling, which upheld the core of Roe in 1992, has been considered the “precedent on precedent.” It established four considerations for the legitimate discarding of a previous decision: the ruling misunderstood the Constitution; it proved to be unworkable in practice; new facts have emerged; and it accounts for what are known as “reliance interests,” where citizens had been guided by a ruling in making decisions about their lives.

Dobbs reverses Roe by rewriting the law of precedent. This will open up many other cases for reversal.

The most significant change is what Alito calls “the quality of reasoning.” Rulings that “looked like legislation,” offered faulty history or created standards unjustified by the Constitution can be overruled under the Dobbs standard.

The ruling includes a footnote describing all of the recent cases in which the court has overturned precedents. It may be the longest footnote in contemporary Supreme Court history, coming in at over a page and a half. The conclusion is that the meaning of the Constitution is more important than the history of the court, so precedent “does not compel unending adherence to Roe’s abuse of judicial authority,” Alito wrote.

Contrary to much speculation and worry, the Dobbs ruling and the new majority will not overturn protections of interracial marriage, especially the landmark ruling in Loving v. Virginia. That ruling hinges on the equal protection clause of the 14th Amendment, which is also enshrined in the text and is clearly protected under an original reading.

But other nonenumerated, evolved or created rights that are not textually protected are now up for question. This includes the right of same-sex marriage recognized by Obergefell v. Hodges in 2015.

Questions of rights not explicitly protected by the Constitution – and therefore now in the hands of state legislatures – will rely much more heavily in the future on local democracy. Social movements, campaigns and elections, all at the state level, will become the main battleground of American rights.