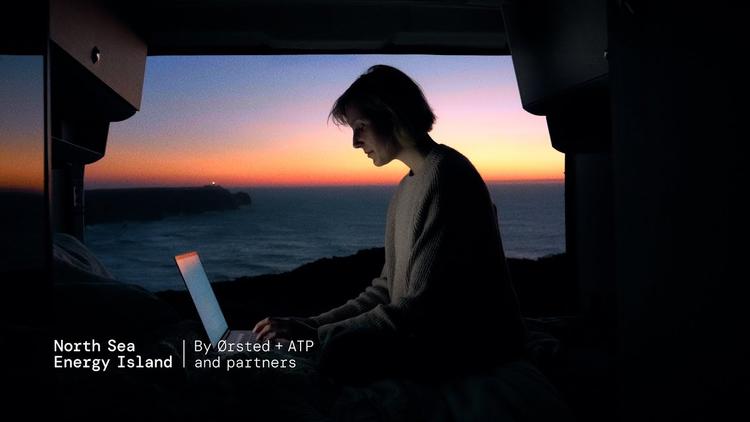 ( Middle East Monitor ) – The Russia-Ukraine War has lasted for four months and counting. It has raised various questions about new waves of refugees, energy resources, food prices and the revision of national security policies all over the world.

Thus, many European leaders are searching for alternatives to reduce their fuel and food dependence on Russia. These radical changes in energy policies have raised hopes for more effective mitigation of climate change. The degree of transition to renewable energy sources will determine whether these hopes are well founded or not.

Given the ongoing war, some may consider climate change to be an issue of secondary importance for the international community. However, even from a realist’s point of view, there is a strong opportunity to shift from fossil fuels to renewable energy sources. There is a new political will in many governments worldwide, so countries could indeed make progress towards mitigating global climate change. In other words, the war in Ukraine has the potential to produce some unintended consequences for the future of us all by making countries invest in areas where realistic considerations and climate change issues intersect.

The US ban on Russian oil imports and Europe’s search for alternatives are an effective way of containing Russia, given that 53.8 per cent of Moscow’s exports are linked to fuel and energy. Russia’s only option against sanctions seems to be to shift its oil and gas exports away from Europe to China and India. These countries are likely to be in an advantageous position by being able to buy oil at a discounted price.

Similarly, Europe is searching for new trade partners in energy. Germany has signed a deal with Qatar to buy Liquefied Natural Gas. Italy, meanwhile, has signed a new gas supply deal with Algeria, increasing its gas imports by around 40 per cent.

Although the idea underlying large-scale sanctions, including a ban on energy imports, is presented within a moral context, the Russia-Ukraine War can be seen as the end of existing energy dependence and the beginning of a new policy of containment of Russia. While it may be too soon to claim victory in climate change mitigation, there are many signs that the transition to a brand-new era has started. This can’t come too soon. “The energy crisis exacerbated by the war in Ukraine has seen a perilous doubling down on fossil fuels by the major economies,” UN Secretary-General Antonio Guterres has warned.

However, it is challenging for the war to be a turning point in the fight against climate change when governments look for non-Russian fossil fuels instead of shifting to renewables.

In the context of the war, therefore, two observations on the issue of climate change can be made from a realist’s point of view. For a start, the applicability of the policies and strategies envisaged by the climate change regime is directly proportional to countries’ economic interests. For example, one of the normative references of the climate change regime since the UN Framework Convention on Climate Change (UNFCCC) has been the priority of shifting from fossil fuels to renewable energy sources. This step aims to keep the global average temperature rise well below 2°C above pre-industrial levels and pursue efforts to limit the temperature increase to 1.5°C above such levels. Yet the fossil fuel dependence of developing countries is related closely to their economic development trajectories. For developed countries, the transition to renewables by totally abandoning fossil fuels is a costly project that needs more effort. As such, the short-termism of countries generates underperformance in making eco-friendly adjustments in their energy policies.

Moreover, international negotiations reflect the underlying power structures in the world. Hence, the future trajectory of climate change mitigation depends on how developed countries articulate the need for renewable energy during the UN Climate Change Conference, COP27, to be held in Sharm El Sheikh, Egypt, in November. The determination of the US is a case in point. Previous American administrations flip-flopped during the Kyoto and Paris negotiations. However, the Biden administration has changed course and reintegrated into the climate change regime. In addition, the European countries’ resolve to minimise their energy dependence on Russia will also be tested. Importantly, one should not overlook the China factor because Beijing is one of the major winners of Russia’s invasion of Ukraine. It has secured access to cheap Russian oil and provided a safe haven for the potentially depleted Russian economy post-sanctions.

The war has exposed the energy vulnerability of numerous countries. If those in Europe had accelerated renewable energy investments by opting for long-term environmentally friendly approaches instead of short-termism, they would not be in such a dire situation. A radical energy source transition is not something that will happen quickly, of course. Nevertheless, it is seen that Europe has taken decisive steps in this regard. REPowerEU, for example, was developed by the European Commission in response to the Russian invasion of Ukraine to end the dependence on Russian fossil fuels before 2030.

The future of our planet is at a crossroads. While countries have started to minimise their dependence on Russian energy gradually, the decisive question that needs to be asked is to what extent a large-scale energy transition to renewables will be achieved. Realistic considerations are important in shaping the boundaries of economic decisions. If countries take proper lessons regarding the necessity of replacing fossil fuels with renewable energy, future fragilities will not paralyse energy demand. Unless the US and European countries develop renewable energy priorities with concrete targets and financial mechanisms, though, progress in global climate change mitigation will be difficult. The upcoming COP27 talks will be an important gauge of whether the world is ready to adopt new strategies regarding energy sources and climate change.