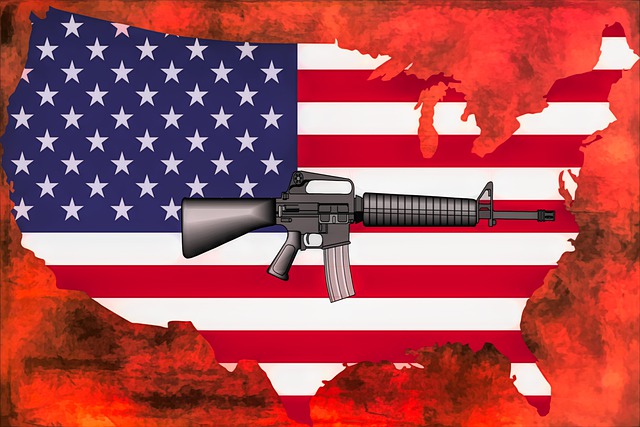 Orono, Maine (Special to Informed Comment) – What more can be said with so much grief, after the spate of recent gun violence around the country? Can anything be added that has not already been said. The same questions have been haunting the country over the past two decades. Why do mass shootings appear to be accelerating? Why are children often being targeted? Why are teens, who are so subject to emotional ups and downs, able to purchase guns that were intended for battlefield conditions?

Perhaps an historical view can give us some perspective concerning this epidemic of gun violence! In the mid-19th century theologians addressed a prevailing view called “the gospel of wealth”, in which religious leaders such as the Rev. Henry Ward Beecher, preached that individual prosperity was “a sign of God’s Presence”. But as wealth disparities became more acute towards the end of the 19th century, others, such as the popular speaker, the Rev. Washington Gladden, promoted a “social gospel” in which all Americans could share in God’s benevolence, and that the role of government was to facilitate changes for the betterment of society. He repeatedly stated in his sermons, not only the need for “salvation of the individual, but also the character of society within which men live”. Gladden wrote in 1893 “whether any higher power can be invoked to save the good [from] the greed of gain brought forth upon the earth.

Those who espoused the “Social Gospel” were mostly religious ministers who were convinced that the government’s role was to “redress the moral wrongs inherent in prevailing situations”. They felt that “material prosperity” for all Americans was essential for moral advancement” and that “social outcomes were inevitable and caused by human action [or inaction]”.

Government has to play a role in reducing gun violence and to salvage the “good from the greed of gain” that motivates those legislators unwilling to take action for common- sense changes in gun laws. These modest changes include: “background checks”; raising the age of the purchase of guns to a minimum of 21; banning large capacity guns such as the AR15; regulating “ghost guns”; reinforcing “red flag” laws to intervene when clear warnings are evident.

Ryan Busse, after 30 years in the Arms Industry, stated in an interview about his recently published book “Gunfight: My Battle Against the Industry that Radicalized America” that he “…condemned the authoritarianism that has spread in the “guise of freedom” in a “gun culture that demands complete loyalty”. He added: “years ago, the NRA “stumbled upon this idea that fear and conspiracy…could be used to win political races [and it happens that] the same thing drives firearm sales”. He added: “I still believe in Americans’ right to own guns…but “it has to be balanced with the appropriate amount of responsibility”.

Busse noted that the easy availability of guns is partly a result of legal barriers concerning liability being removed by the “Protection of Lawful Commerce in Arms Act”, (PLCAA) so that manufacturers are not legally culpable for the proliferation of guns, even if they are morally complicit. Another factor making assault weapons readily available was the “Assault Weapons Ban” which was NOT renewed by the George Bush Administration in 2004. These high capacity magazines (ie holding over 10 rounds) are “now built by more than 500 companies”.

According to recent surveys, over 70% of the public favor common-sense gun regulations. In the Global Burden of Disease Study published in the Journal of the American Medical Association: “among 64 high-income countries and territories, the United States stands out for its high levels of gun violence. It ranks eighth out of 64 for homicides by firearm… [with] firearm injuries tending to be more frequent in places where people have easy access to firearms” (updated May 31, 2022). In rates of firearm homicides per 100,000 population the U.S. rate is 4.12 vs Canada’s rate of 0.5.

To: “save the good from the greed of gain” may seem an impossible task in a culture with so many corporations addicted to the “Gospel of Wealth” rather than a “Social Gospel” concerned with the well-being of all members of society. Unfortunately, we are in an age when a small coterie of self-serving individuals in the NRA and the Armaments Industries are willing to promote fears solely for profit and to lobby congress to prevent even the most moderate changes. They focus instead on secondary issues such as more security in schools; the arming of teachers, as well as mental health issues, instead of looking at the root cause of mass shootings and the 45,000 per year who are dying from gun violence. The proposals put forward by legislators, such as Mitch McConnell, are band aids that do not address the real problems which are clearly related to the proliferation of guns and their easy availability. This can be remedied, to a considerable degree, by legislative action.