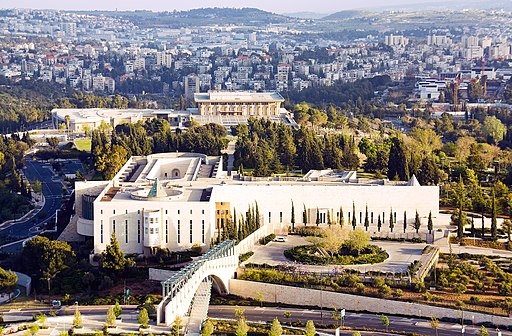 Ann Arbor (Informed Comment) – Al Jazeera reports that on Thursday, the Israeli Supreme Court issued a ruling permitting the state to strip citizenship from persons guilty of “undermining confidence in the state through actions such as terrorism, spying and treason.”

The case came up of two Israelis of Palestinian extraction who were accused of killing Jewish Israelis. The state sought to take away their citizenship. The court turned down the government in this specific case, arguing that there had been procedural irregularities in the charging of the men. But as an aside, the justices did recognize the state’s right to revoke Israeli citizenship, even if it left the individual stateless.

Al Jazeera reports that major Israeli human rights organizations such as Adalah and the League of Human Rights in Israel condemned the ruling, saying that they were convinced it would be applied solely to Palestinian-Israelis, a minority that makes up 20% of the country’s population. A League of Human Rights official said that plenty of terrorism had been committed in Israel by Jews, but there had never been any discussion by prosecutors of stripping them of citizenship.

In 2018 the Israeli parliament passed a law saying that sovereignty in Israel is invested solely in the Jewish Israeli majority. Politicians such as Avigdor Lieberman have argued that the 1.5 million Israelis of Palestinian heritage should be expelled from Israel if they will not take a loyalty oath.

The early to mid-twentieth century saw the widespread stripping of citizenship rights from large populations. Spanish dictator Francisco Franco denaturalized thousands of leftists who fled to France, Mexico and other countries after he won the civil war, and their ranks grew over the decades to some 180,000 people. The estimated 900,000 Russians who fled the Bolsheviks, including other Socialists as well as monarchists and liberals, typically called “white” Russians, were stripped of their citizenship in the Soviet Union. Notoriously, in 1935 Hitler deprived German Jews of their German citizenship, which was an important prelude to mass murdering most of them. People without citizenship don’t have rights.

The Apartheid government in South Africa stripped large numbers of South African citizens of citizenship, assigning them instead to Bantustans that were not actually independent states and which were not recognized by the international community.

It is ironic that Israel, which was supposed to be the solution to Jewish statelessness in Europe, has become itself a major cause of statelessness, keeping millions of Palestinians in that condition. It should be remembered that charges of “treason” and “terrorism” have been leveled at Palestinian-Israeli legislators for not supporting Israeli colonial settlements in the Palestinian West Bank, which the UN views as itself a violation of the Geneva Conventions. So, ironically, this decision could set people up to become stateless for adhering to international law.

Description
עברית: בית המשפט העליון
English: Supreme Court of Israel
Date 15 April 2009, 16:18:37
Source https://www.flickr.com/photos/visitisrael/6180275423
Author israeltourism
Camera location 31° 46′ 56.75″ N, 35° 12′ 13.15″ E Kartographer map based on OpenStreetMap. View this and other nearby images on: OpenStreetMap info
Canon EOS.svg This photograph was taken with a Canon EOS 450D
Licensing
Checked copyright icon.svg This image, which was originally posted to Flickr, was uploaded to Commons using Flickr upload bot on 13 June 2013, 06:52 by Triggerhippie4. On that date, it was confirmed to be licensed under the terms of the license indicated.
w:en:Creative Commons
attribution
This file is licensed under the Creative Commons Attribution 2.0 Generic license.