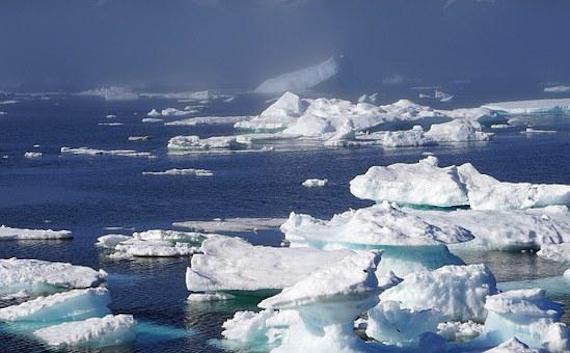 ( Sustainability Times ) – Climate change is upon us, but not all regions of the world are experiencing it at the same rate. Polar regions have especially been affected by warming temperatures and a new analysis of temperature rises in the Arctic shows just how much.

An international team of researchers has found that temperatures in the Arctic are rising more than four times faster than the average rate of global warming. Not only that, but over the past half century the trend has accelerated twice in a couple of spikes (in 1986 and 1999) overlooked by most climate models.

“We decreased the time interval to 21 years. At that smaller time scale, and contrary to previous investigations that found the Arctic amplification index increases in a smooth way, we observed two distinct steps, one in 1986 and a second one in 1999,” he explains.

The scientists examined the 39 models on climate change in the widely used international CMIP6 collaborative collection of the Coupled Model Intercomparison Project and found only four models that reproduced the first step reasonably well around 1986.

However, all of the models in the database missed the second step in 1999.

“We attributed the first step to increasing concentrations of carbon dioxide and other pollutants in the atmosphere, because several models do it correctly,” Chylek says, “but the second step we think is due to climate variability because none of the models can reproduce the second step.”

The scientists speculate that the sudden spikes were caused by sea ice and water vapor feedbacks combined with changes in how atmospheric and oceanic heat move into the Arctic.

Their new study now estimates the Arctic amplification index to be greater than 4 within the early decades of the 21st century, which is four times faster than the global mean. That rate of warming is also faster than previous estimates based on intervals of 30 to 40 years, which pegged the index between 2 and 3, the scientists explain in a statement on their findings.

Warming in the Arctic affects weather patterns and sea levels worldwide and the scientists’ new decade-by-decade survey can help us better predict the actual rate of warming in the polar region because climate models based on decades-long timescales usually fail to detect short-term climate variability.

That is why projecting future rates of climate change at smaller timeframes will be key to planning for climate change mitigation and developing adaptation strategies, the scientists stress.

The researchers are now studying future Arctic climate projections using the four models that have come closest to matching the observed warming trend with the two spikes.

“Because the four models correctly reproduce at least the first step, we assume they’re a little better for future climate projection. People usually average all models and assume the ensemble is more reliable than any single model. We show the average does not work in this case,” Chylek says.

“People are not only interested in long-term climate change, but they are also interested in 10 years ahead, 20 years, 30 years. For decadal prediction, our observation that the amplification index changed in the past in steps is quite important,” the scientist adds.

Daniel T. Cross is the pen name of Tibor Krausz, a writer and editor who has worked for several prominent newspapers and magazines worldwide, including The Christian Science Monitor, The Washington Post, The National Post, The Guardian, The Jerusalem Report, The South China Morning Post, The Bangkok Post and The Sydney Morning Herald. As a journalist, he has covered numerous environmental issues in depth