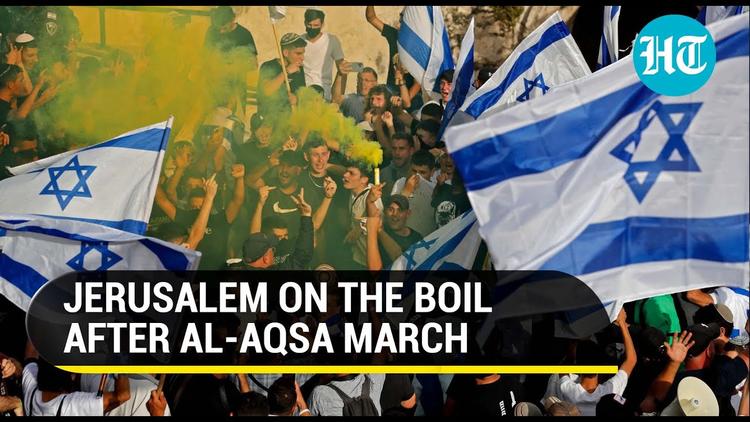 Ann Arbor (Informed Comment) – When President Biden met with caretaker Israeli prime minister Yair Lapid, the two issued a joint statement that rejected ‘Apartheid’ as a descriptor for Israel. In contrast, Human Rights Watch, Amnesty International, the Israeli human rights organization B’Tselem, and the UN Rapporteur for human rights in the Palestinian territories, Michael Lynk, have all concluded in the past year or so, despite a previous reluctance, that the situation in Israel and Israeli-occupied Palestinian territories fits the definition of Apartheid in international law (such as the Rome Statute that underpins the International Criminal Court). The allegation is not that the situation precisely resembles that in Apartheid South Africa in all particulars. The word is now a term of art in international law and refers to the systematic disadvantaging of one ethnic group, on the basis of their ethnicity, by another.

One of the hallmarks of regimes of Apartheid (including Jim Crow in the United States) is coercive residential segregation.

So it is ominous that according to Or Kashti at Haaretz, a poll by the Israeli Institute for Democracy this spring found that 60% of Israeli Jews believe that Jews and “Arabs” (i.e. Israelis of Palestinian heritage, what I call Palestinian-Israelis) should “live apart.”

This attitude is not about the stateless Palestinians under Israeli military Occupation in the West Bank. We are talking about the 20 percent of Israeli citizens who are of Palestinian heritage.

The figure rose from 45% in spring of 2021, before the 11-day Israeli military campaign in the West Bank and Gaza of that year, which provoked widespread Palestinian-Israeli sympathy protests and strikes.

Only a minority, 20%, of Palestinian-Israelis believe that they should live apart from Israeli Jews, a figure which has not changed in many years.

Kashti quotes the leader of the study, Dr. Tamar Herman, as saying that just as Palestinian-Israelis are beginning to want more participation in Israeli politics, there is a rising unwillingness of Israeli Jews to give it to them, or even to let them live outside municipal areas where they predominate. Many Palestinian-Israeli villages in the Galilee are not recognized by the Israeli government and labor under many disadvantages including lack of permission to make repairs to local buildings. The villages that have been recognized often only gained that status by aligning with a Jewish Israeli political party.

Among right wing Israelis, who predominate in the parliament or Knesset, 70% favor segregation from Palestinian-israelis. Israeli youth, ominously are more likely to hold this view than their elders. Haredim or fundamentalist Orthodox Jews overwhelmingly support segregation of Palestinian-Israelis.

Only 28% of Jewish Israelis agreed.

If the solid majority in a society systematically views a minority as disloyal and doesn’t want them living in its neighborhoods, that sounds an awful lot like Apartheid.