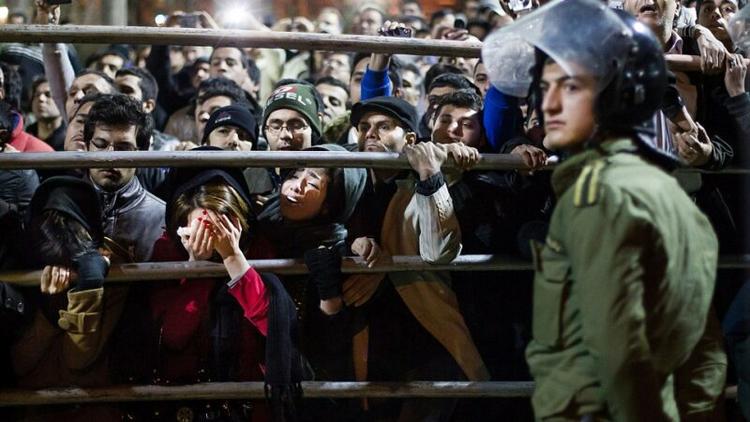 Iran is in a midst of yet another surge in executions, reaching a rate of killings in 2021 that is the highest in five years. According to a June 8 report from Iran Human Rights (IHRNGO), at least 168 people have been executed by Iranian authorities in the first five months of 2022 alone. Of these, 25 individuals are of the Baloch ethnic minority group, according to IHRNGO, making the community the largest target of what human rights groups describe as flawed trials.

Rallies have swept across Iran to protest deteriorating economic conditions, with citizens gathering in more than 40 cities. The government’s decision to lift food subsidies has led to price increases of 300 percent for food staples including oil, chicken, milk and eggs.

Such discontent among Iranians cannot be divorced from their overall dissatisfaction with the regime and political setup, which has periodically flared up since the 2009 protests that rocked the nation, including the 2018 protests which some described as the “worst unrest in 40 years.”

Through it all, Iran was led the world in per capita execution rates, with 88 percent of these executions occurring in secrecy. Such staggering execution rates are emblematic of the country’s long and documented history of using violence and repression to target political dissent and minorities. It remains one of the few countries in the world to stage public hangings and executions.

Human rights organizations including Amnesty International have reported that Iranians facing execution often receive little to no due process. Commenting on the case of an Iranian Kurdish man sentenced to death, Amnesty noted, ”The trial was grossly unfair and consisted of one hearing in mid-March 2016 that lasted just five minutes.”

Advocates argue that these barbaric practices serve a clear and practical purpose, to expand the power of a regime that is failing its own people, and solidify its grip on power, including on ethnic minorities like the Baloch people.

The alarming escalation in executions of Baluchi prisoners raises serious concerns that the authorities are using the death penalty in a calculated campaign to sow fear among not only Baluchis but also other ethnic minorities, as well as the wider population in Iran

The Baloch are both ethnic and religious minorities in Iran, being Sunni Muslims in the predominantly Shia country. They inhabit the poorest province in the country, Sistan Balochistan, and have been a target for repression, discrimination, and executions for decades in Iran.

Since February 2021, tensions have been brewing in the region of Sistan-Baluchistan following the killing of 10 fuel traders by state forces. Now, as protests against the regime spread across the country, the regime appears more than willing to use violence against marginalized communities like the Baloch.

Baloch Iranians traverse international borders and are often labeled as “smugglers” or “outlaws” by authorities. Their willingness to take up arms and defend themselves and their communities have also been a flashpoint for conflict historically. The criminalization of the Baloch is part of a longstanding policy by the Iranian regime, which often uses harsh drug laws to justify executions.

In an interview with Rudaw, Mansoureh Mills, Iran researcher at Amnesty International, pointed to the various forms of discrimination and repression inflicted on this minority:

She added that “Sistan and Baluchestan province suffers from continued under-investment in the province by the central government, exacerbating poverty and marginalization.”

Over a year after the fatal shooting of the 10 fuel traders, a Twitter user claimed ongoing killings by state forces:

In response to such violence, and the more recent surging executions against the minority, recent attacks against Iranian security forces have allegedly been conducted by unidentified groups.

February 2021 the United Nations expressed concerns about the mistreatment of Baloch in Iran, and the lack of due process in death penalty trials, stating, “We are very disturbed by this trend of executions against Baloch minority prisoners on death row and by practices of enforced disappearance of persons belonging to minorities.”

The regime’s use of executions has recently resulted in an international trial in Sweden, focused on the massacre of Iranian political prisoners in 1988. The massacre represents one of Iran’s darkest chapters, with advocates estimating that tens of thousands of political prisoners may have been summarily executed. The trial, which is centered on Sweden’s arrest of an a prison official, has brought his role in 1988 killings to the forefront of international news, despite the issue being almost taboo in Iran.