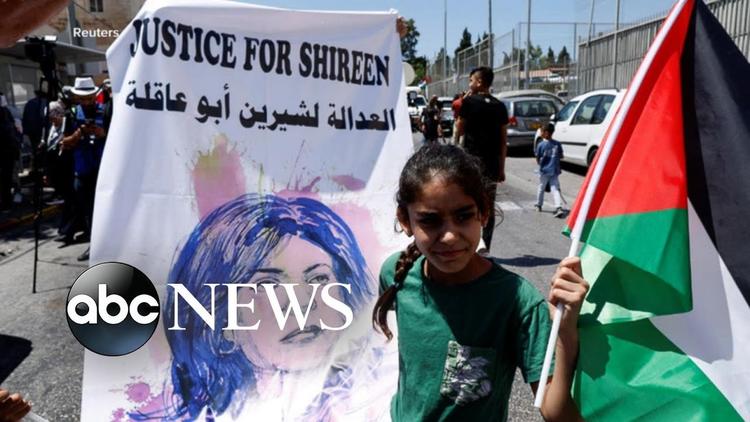 ( Middle East Monitor) – The developments in the “investigation” into the targeted killing of Palestinian-American Al Jazeera journalist Shireen Abu Akleh point rather too obviously to the preservation of Israel’s ability to act with impunity. Matters went downhill in the aftermath of Abu Akleh’s killing when Israeli military spokesman Ran Kochav put forward an ugly and false equivalence between the Israel Defence Forces and Palestinian journalists: “They’re armed with cameras, if you’ll permit me to say so.”

After the Palestinian Authority agreed to hand over the bullet that killed Abu Akleh for a supposedly independent ballistic analysis supervised by the US, the results were “inconclusive”, as reported by State Department Spokesman Ned Price. “We will remain engaged with Israel and the PA on next steps and urge accountability,” he added. “We again offer our deepest condolences to the Abu Akleh family.”

So engrossed is the US in establishing accountability, that not even a brief meeting with Abu Akleh’s relatives was on US President Joe Biden’s agenda when he visited Israel and the occupied West Bank earlier this month. This dismissive approach prompted her relatives to seek a meeting with Secretary of State Antony Blinken in Washington, which met with even more contempt from administration officials. The meeting, Price stated, would provide “the secretary an opportunity to convey messages to them – it will be a message of condolence, there will be a message of the priority we attach to accountability going forward.” Although dialogue with the family members was mentioned, it is clear that the agenda led by the US State Department has nothing to do with establishing channels of communication. If the US really was serious in its commitment to accountability, Abu Akleh’s family would not have needed to initiate further contact with US diplomats. If human rights were truly upheld and universal, they would not have to beg for justice in Washington.

The family is exhibiting greater awareness, stating that its mission for justice is not merely for Abu Akleh, but also an attempt to shield other Palestinians from going through a similar ordeal. The recognition that Abu Akleh’s family gives in this regard is commendable, and speaks more of human rights than diplomats or sensationalised media reports ever do. It conveys an acknowledgement – one that has been experienced directly – of Israel’s targeted killings of Palestinian civilians, and goes a step further in asserting the Palestinian narrative through referring to the bigger picture of Israel’s colonial violence.

Blinken’s tweet summarises the US nonchalance. Surely, Abu Akleh’s relatives have not embarked on such a journey to listen to statements that are so repetitive one could find them on a commercial condolence card, albeit minus the “tragic killing”, or targeted assassination, part. Shireen’s niece, Lina Abu Akleh, has called for a process of accountability which includes both the soldier who pulled the trigger and the officer who issued the order. However, there is no remorse from officials towards a dual national with US citizenship who was killed by Israel. Her US citizenship is only being exploited to elaborate the diplomatic statements published by the State Department.

Shielding Israel, however, remains a priority for the US, which continues to give billions of dollars in military aid to help the settler-colonial enterprise oppress Palestinian civilians who may, like Shireen Abu Akleh, also find themselves the subject of a targeted killing. How many more must lose their lives before someone in Washington wakes up to the fact that supporting a rogue state like Israel is simply unacceptable for any country claiming to be a democracy?