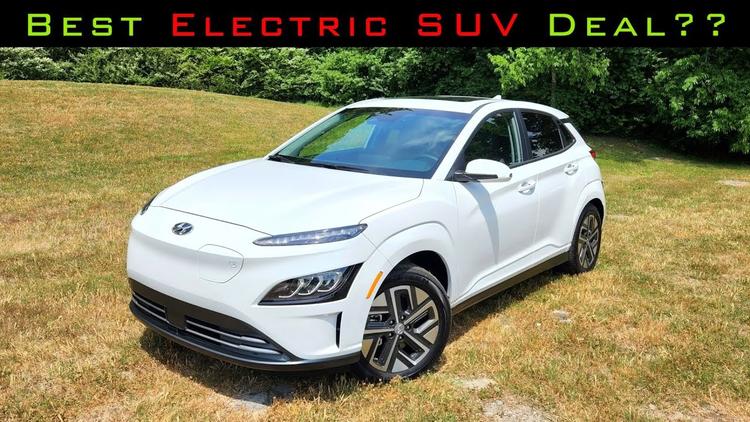 Montreal (Special to Informed Comment) – Road trips are arguably a part of North American culture, especially for those of us who grew up in the 1960s and 70s before air travel became common. Visits to relatives, camping trips, ski vacations, or simply aimless Kerouac-type voyages of self-discovery, are familiar memories for many in the US and Canada. Car culture originated in North America, and for most of us long drives are still a part of our lives. The summer vacation period is often when we take to the road.

In the wake of a two-year pandemic the urge to travel has taken on a new urgency. But alongside our longing for freedom of movement, we are confronted with an increasingly undeniable climate emergency in which our driving habits are deeply implicated. As if dealing with climate guilt weren’t bad enough, gas prices have risen to ruinous levels, although their impact on deterring or reducing travel so far seems negligible. Driving an EV, however, offers a solution to both aspects of the problem.

As one who has been criss-crossing the entire continent by car for more than forty years, I have to confess that long road trips are in my blood. Happily, as the owner of an EV – a 2021 Hyundai Kona – the issues of carbon footprint and astronomical fuel costs no longer affect me the way they once did. I was bemused when conversations with fellow travellers encountered during a recent road journey from my home in Quebec to Newfoundland – a distance of 3,544km (2,202 miles) round-trip – cast me willy-nilly into the role of EV guru, dispensing information and advice to curious drivers of gas-powered cars.

EV charging stations are often located adjacent to gas stations or in other public areas, and virtually every time I stopped to charge my vehicle someone would come up and start asking me questions. How much range do I get on a full charge? (About 400km/250 mi.) Is it less in the winter? (Yes, about 25% less where I live, where it often gets to -20 C.) How much do I pay for a charge? (From $10-15 CDN/8-12 US at a public fast charger, about $1 on my charger at home.) How long does it take? (30 minutes to an hour, depending on how low I let the battery get.) How do you know where to find a charging station? (I have an app, actually three different ones, which I also use to pay when I charge up.) Am I restricted in where I can go, if there are no charging stations around? (It depends on the region.) Do you ever have to wait for a charger that is already in use? (That has happened to me a couple of times.) What do you think of hybrids? (What do you think of cutting down from two packs of cigarettes a day to one?) Some people tried to challenge me, e.g., “If it weren’t for government rebates, EV’s wouldn’t be economically viable.” (Do you think the oil industry doesn’t benefit from massive government subsidies? Try removing those and see if oil remains economically viable!) Clearly the word on EV’s has gotten out, but often only in vague terms, which are sometimes inaccurate.

At present there are some challenges to doing a road trip in an EV. When I lived in Florida twenty years ago I used to make the 24-hour drive to Quebec City in two long marathon days. I couldn’t do that in my EV, nor would I want to. Charging station coverage varies dramatically from one region to another. I am fortunate now to live in Quebec, which – as in so many other respects – is far ahead of the rest of North America in supporting the transition to EV’s. We receive a $13,000 government rebate for the purchase of a new EV, plus $600 for the installation of a home charging station. Quebec currently has public charging stations everywhere throughout the province, even in small towns – about 7,000 stations at last count, and adding more every week.

Our family’s most recent destination, Newfoundland, lags at the opposite extreme. In fact we wanted to go there last summer, but there were no fast chargers anywhere in the province. This year there are fourteen, spaced out along the Trans-Canada Highway such that we were able to visit most of the sites we wanted to during our trip. And thanks to an app called PlugShare, we even discovered places that offer a free charge, including national park visitor centres and a number of auto dealerships. When staying at Airbnb’s we would plug in the car overnight to an ordinary outdoor outlet, which was not enough current to provide a full charge but sufficient to give us an extra 70km or so by morning, for free.

It is true that at the present time, when traveling long distance by EV one has to bear certain calculations in mind. There will be rest stops every few hours. Is that a bad thing? It seems a small sacrifice when weighed against the harm done by driving a gas-powered vehicle. The reality is that within a few years from now everyone will be driving EV’s, and we will look back on our society’s petro-addicted history as an age of shocking barbarism and needless destruction. The question to ask is whether one prefers to be ahead of the curve of inevitable change, or behind it?