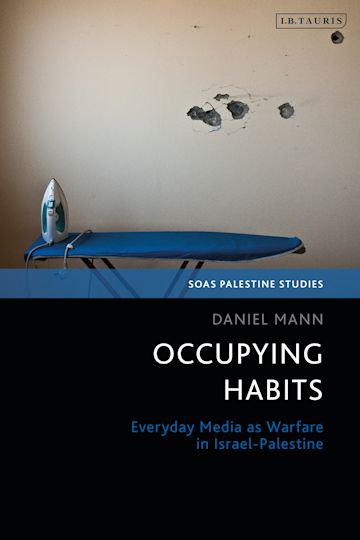 ( Middle East Monitor) – “Sovereignty is made out of a patchwork, weaved together from institutions, private companies, and most significantly technology itself, which dictates certain behaviour and habits.” Israel’s security narrative has become heavily reliant on media technology, as Daniel Mann’s book “Occupying Habits: Everyday Media as Warfare in Israel-Palestine” (I.B.Tauris, 2022) shows. Drawing upon the Israeli Defence Forces’s archives, the author discovers that the expansion of media technology has actually created a form of impunity for the military and the state, while desensitising Israeli soldiers and the settler population in the process.

The desensitisation which Mann writes about is intertwined with the perception of home and violence, which in Israel are synonymous and which Hagar Kotef discussed in her book, “The Colonising Self Or, Home and Homelessness in Israel/Palestine” and which the author refers to in his treatise to show how the colonial experience is attached to violence, while also detached from the consequences which the Palestinian victims suffer. The home is also the place where Israelis can view through media technology and in a detached manner, the IDF’s violence against Palestinian civilians. Building upon Kotef’s research, Mann writes how the home rooted in colonial violence sanctifies life for the colonisers and vilifies, as well as constructs a site of violence, the homes of Palestinians.

Mann writes, “the more media technologies were incorporated into the very fabric of the occupation, the less evidence I could find of its application by the IDF.” The increasing use of social media has expanded Israel’s control and as a result, the way Israel’s military occupation is portrayed, or promoted, depending on who is behind the lens, has also altered. With such alterations, Israel and the IDF have been able to increase their oppression and colonial violence against Palestinian civilians, and create alternative options when it comes to deciding or declining accountability and responsibility.

While media technology can record the state’s abusive power, it can also be incorporated into the state’s apparatus, as Israel and the IDF did, creating a new form of warfare that is manipulative and also strengthens the state’s narrative of security threats.#

The author notes that the IDF’s film unit traces its roots back to 1948, its role changing through decades from accompanying combatants to taking the role of journalists in recent decades, when the military started reassessing the role of media technology and media coverage. Mann writes of how phone companies play a role in structuring the IDF’s media technology, noting that Motorola had signed a $100 million contract with the IDF. “The central role of cellular companies strengthened the know between private communication companies and surveillance,” Mann writes. As media technology use increased in Israel by 2006, the IDF had to content with the singular use of social media by its soldiers as well, thus opening a possibility of liability for both state and institution. “Individuating soldieries through the exposure of their faces, therefore, constitute an inherent threat to this collective authority.”

On one hand, the author notes, such liability could, possibly, contribute to evidence of Israeli military violence against Palestinian civilians as a result of the soldiers’ individual use of social media and posting. However, the IDF has also emphasised the singular use of media technology to differentiate between the soldier posting acts of violence and the institution itself. “The IDF can afford the admission of a singular violent act in order to spare the system itself.” Additionally, instances where individual soldiers’ violence was recorded and disseminated on social media rarely sparked the majority’s outrage within Israel, as happened in the case of Elor Azaria, where only 30 per cent of the Israeli public condemned the extrajudicial killing of a Palestinian civilian.

The defensive stance which the Israeli colonial state has so successfully disseminated is also entrenched within Israeli society, as Mann notes: “The model of the defence self that kills the other.”

Being There, Being Here: Palestinian Writings in the World

Other forms of impunity which exist within Israel include the use of sniper teams, as well as public lynching of Palestinian civilians by Israeli settler-colonists. “When violence takes place out in the open, in front of the cameras, it hides in plain sight,” Mann writes. Even if the culprits are identified, the crowd is still protected through the same impunity which the IDF generates for itself when a soldier is identified and his action described as a singular violent act with allegedly no links to the IDF or the Israeli state itself.

In his introduction, Mann notes that Israel has constantly blurred the lines between the military and civil society. The widespread use of media technology has enabled the IDF to make use of the ambiguity which enables the state the strengthen its survival – by transferring responsibility solely upon the individual, the state’s institutions are permanently safeguarded. It is the obfuscation which the book seeks to delve into, which in turn also exposes the limited understanding we can have of media technology in Israel, unless its use is analysed from within the colonial framework.