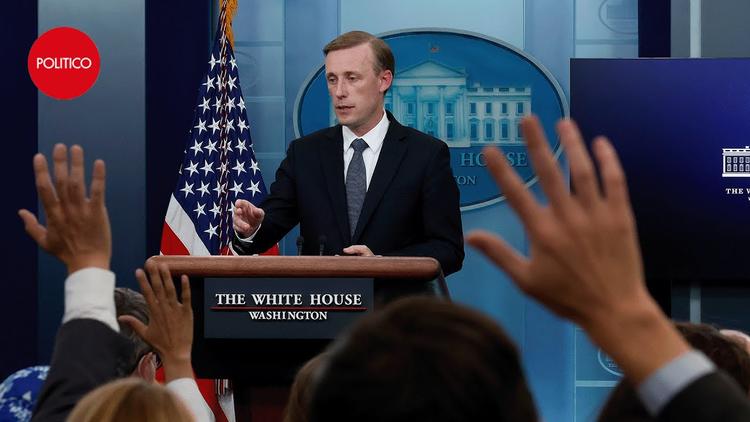 Ann Arbor (Informed Comment) – President Biden’s National Security Advisor on Monday spoke of the goals of the president’s trip, which begins today, Tuesday, to the Middle East. I’ll have more to say about that tomorrow. But at the end of his remarks, Sullivan dropped a bombshell. He revealed that Iran is sending Unmanned Aerial Vehicles (i.e. drones) to Russia to help Moscow with its war on Ukraine. Sullivan spun this development as a sign of how depleted Russia’s own weapons stockpile is, such that it needed to turn to Iran.

As I will argue at greater length below, this development is a sign of American diplomatic failure.

Sullivan spoke of Russia’s weapon supply problems and then gave an example. He said that

He noted that Iranian-made UAVs were used in Yemen, until the recent ceasefire there, to attack Saudi Arabia. He also said that the US does not know if the drones have already been delivered.

It is not clear that, as Sullivan alleged, Iran’s provision of these drones is a sign that Russia’s own stockpiles are depleted. Russia has drones that it has deployed effectively against Ukrainian forces, but they are small and somewhat primitive, according to David Hambling at Forbes. It appears that Russia, with its fleet of missiles and its heavy armaments and nuclear arsenal, has not until recently felt the need to invest heavily in drones.

David Barrie at the Iran Primer points out that Iran has been working on UAVs since the Iran-Iraq War, and that it has large models. He says, “Iran’s medium-to-large UAVs can probably stay in the air for up to 20 hours while carrying fairly sophisticated sensors, payloads and a range of weapons.”

Ukraine has had great battlefield success with Turkiye’s Bayraktar TB2 and it may be that Russia wants the Iranian UAVs to offset the Turkish drones.

Although Sullivan framed the Iranian supply of drones to Russia as a Russian failure, it is clearly a diplomatic and military success. This provision of UAVs is the first time I know of where a country is actively contributing to the Russian war effort, providing both arms and trainers. Turkey and Israel are both continuing full trade ties with Russia and Ukraine, which may involve weapons, and I suppose Russia can get armaments from China if it wants. But this Iranian step is clearly a matter of taking sides in the war.

Further, Russia’s success in garnering Iranian help is a failure of the United States. Bismarck’s Germany attempted to prevent its numerous neighbors from ganging up on it. The Biden administration had an opportunity to divide Iran from Russia by lifting Trump’s illegal sanctions, which extended to the Iranian national bank. Biden and the hawks in Washington’s permanent bureaucracy, which Sullivan’s predecessor Ben Rhodes called “the Blob,” have refused to offer Iran any sanctions relief as a sign of good will, and have refused to lift sanctions that have nothing to do with Iran’s civilian nuclear enrichment program (it does not have a weapons program).

Because Washington has continued to take Trump’s maniacal hard line against Iran, it has driven the ayatollahs into Putin’s arms. The Iranian leadership, smarting from Washington sanctions and boycott, sees Russia now as a fellow sufferer.

So this development is a significant one, but it signifies a Biden administration failure, not a Russian one.