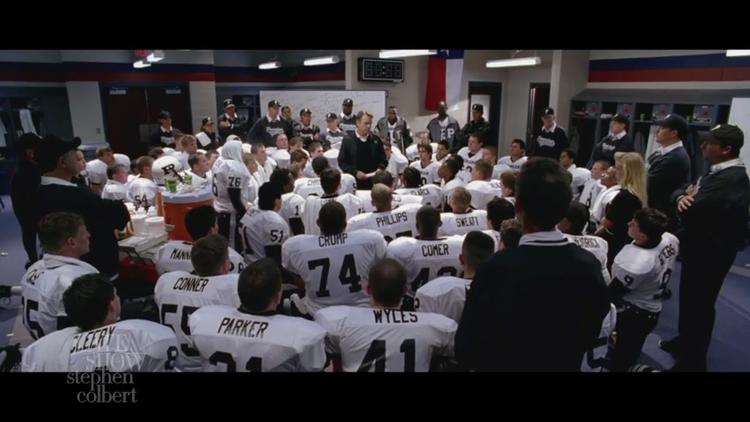 Oakland, Ca. (Special to Informed Comment) – In one of its recent flurry of dismaying decisions, the radical Supreme Court overturned church and state boundaries, making public school student athletes subject to oppressive pressure from coaches and peers to participate in things possibly repugnant to them. The most important core ideal of the Founding Fathers was that, “Congress shall make no law respecting an establishment of religion.” Dispensing with those boundaries made it easier to assault civil liberties, the government’s role in protecting the planet and its people, and the other issues where the Court has trespassed in recent weeks. We have devolved into a Christian theocracy with elements of classical Fascism, shrouded in phony Evangelicalism for cover.How ironic that the new American theocracy is led by someone like Donald Trump, whose life gives little evidence of any serious interest in religion.

Full Disclosure: Allowing prayer at public school athletic events is deeply personal to me, having endured profound abuse as the only Jewish guy on my high school football team at the height of the Jesus Freak movement in the early 1970’s. I was compelled to participate in post-game Christian prayers. I led a walkout at White Station High School in Memphis in 1972, when the principal called a mandatory assembly to force us to hear a Christian rock band, while they collected money for themselves in KFC buckets. There were fights and loud arguments all over school the rest of the day, with a police presence. I slugged a football teammate before track practice, in response to antiisemitic threats. Before that, I was forced to read aloud from the New Testament in elementary school, against my objection, and shamed by a teacher for not having a Christian name. So, I still have a huge chip on my shoulder about all the issues where the SCOTUS has injected their personal religious preferences, and narrow interpretations of Scripture (Biblical myth) into the American political arena.

My early childhood and high school education experiences illustrates the many downsides of promoting religion in public schools. Now comes Justice Gorsuch to argue that prayer in public schools is protected by the 1st Amendment! And this is fresh on the heels of last week’s decision that will DESTROY public education by FORCING school boards to finance religious, faith-based education in Maine.

Article continues after bonus IC video
The Late Show with Stephen Colbert: “Coaches Can Now Share Their Wildest Religious Beliefs Thanks To The Supreme Court”

For all their phony sanctimony, the SCOTUS ruled against the Apostle Matthew by siding with the football coach, who asserted his right to make his devotion to Jesus a public display. Matthew Chapter 6, verses 5-7 reads: 5 “And when you pray, do not be like the hypocrites, for they love to pray standing in the synagogues and on the street corners to be seen by others. Truly I tell you, they have received their reward in full. 6 But when you pray, go into your room, close the door and pray to your Father, who is unseen. Then your Father, who sees what is done in secret, will reward you. 7 And when you pray, do not keep on babbling like pagans, for they think they will be heard because of their many words.”

Bremerton (Wash) high school football Coach Joseph Kennedy is merely a poor player full of sound and fury, using his religion as a badge of false sanctimony. And the SCOTUS bought it. He got fired for refusing the instructions of his superintendent and head coach to cease his religious spectacles after games and refused. So, they fired him. Dissenting Justice Sonia Sotomayor wrote that the decision “sets us further down a perilous path in forcing states to entangle themselves with religion.” But the justices ruled that the coach’s activity was protected by the First Amendment. How many ways does this misapply the First Amendment? Freedom OF religion is an absolute right, but that does not include the right to make a public display of one’s practice, to the point of distracting students and co-workers (fellow coaches) who find it objectionable. So this SCOTUS ruling takes the First Amendment down the Evangelical rabbit hole, and inverts the intent to prosecute a political agenda, with a very narrow application of mythical religion as a phony front.

A rabbi once warned me to be careful in criticizing any religion other than my own, because it can make you appear to be anti-religious. Critiques of the SCOTUS’ misapplication and misplacement of religious principles based on Biblical myth, is not an expression of anti-Catholicism. In a nation besieged with Islamophobia and a disturbing rise in criminal anti-Semitic expressions, the forceful interjection of Catholic scriptural interpretations into landmark legal decisions has an oppressive feel to it, aside from being a brazen violation of Constitutional of church and state mandates.

The late Justice Anton Scalia was the most forceful voice of this train of theocratic legal thought, and the role model for the current partisan Republican majority. More than any other court in history, they have made calculated rulings to determine legislative and administrative policy, and overwhelm the built-in checks from those two branches. By issuing so many dramatic rulings in so short a time period, they have figuratively swamped the nation and the justice system with more than it can organically process. We must not forget that that the entire destructive agenda of Donald Trump was foreshadowed by political and policy directives made by Ronald Reagan. The Gipper left a blueprint and template for a distant successor to realize all the racist, fascist tendencies of the Republican Party, which had been previously camouflaged or buried beneath the front of economic conservatism, phony patriotism and religious sanctimony. Trump’s SCOTUS appointees have cemented a far-right agenda for now, and triggered frantic democratic legislative efforts to counter it. The struggle continues.