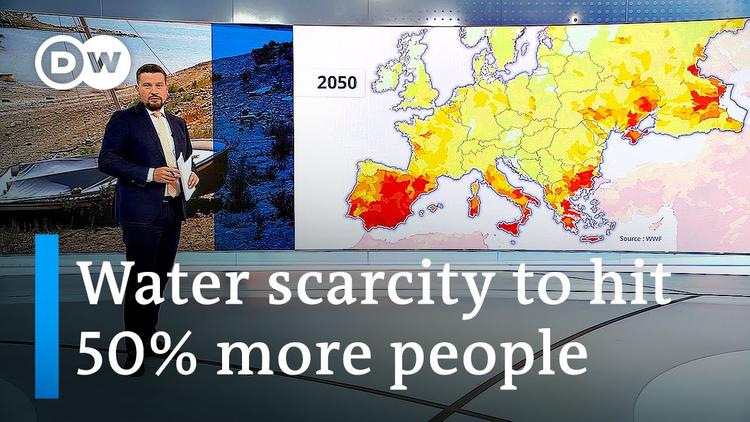 ( Clean Energy Wire ) – The ongoing drought in Germany is expected to have dire effects on this year’s harvest, which is already estimated to be below the average of previous years, said the German Farmers’ Association (DBV). “The prolonged drought in many regions of the country shows once again that farmers are feeling the effects of climate change very directly,” said DBV president Joachim Rukwied.

The country’s maize crop in particular could be seriously affected by the dry spell of the last few weeks. The DBV estimates this year’s grain harvest to be around 43 million tonnes, up slightly from 42 million in 2021 but still well below the 2014-2021 average of 45.6 million tonnes.

“This year’s grain harvest is somewhat better than last year’s in terms of quantity, but the quality of the wheat in particular leaves a lot to be desired,” Rukwied said. Some regions in Germany experienced a rapid decrease in rainfall beginning in March of this year, the DBV noted.

“The yields and qualities vary greatly depending on the distribution of precipitation.” Considerable yield losses are expected in drought areas, where autumn crops such as corn, potatoes and sugar beets are still suffering massively. It is also much too dry in some places for rapeseed and catch crops, the DBV stated. The drought is also affecting livestock farmers, Rukwied said. “In some cases, the winter supplies have to be started to ensure the feed supply.”

In view of declining yields, Rukwied rejects further nationwide restrictions on food production. “The blanket ban on the use of plant protection products planned by the European Commission is irresponsible and would endanger the food supply in Europe.”

Eastern Germany in particular has been grappling with the effects of several years of dry weather that could severely impact the region’s agricultural productivity.