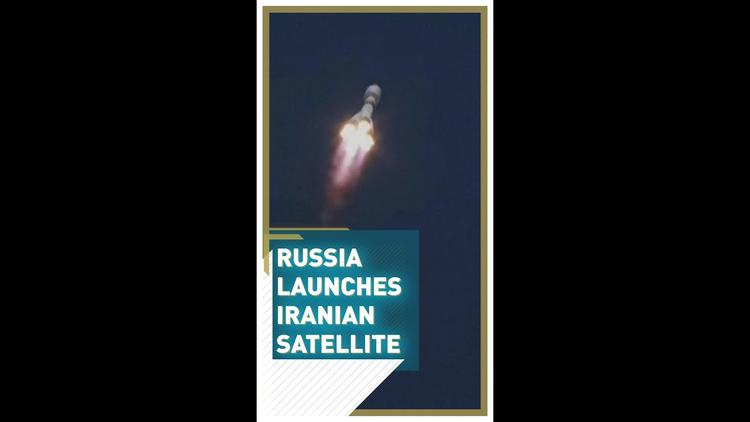 Welcome back to The Farda Briefing, an RFE/RL newsletter that tracks the key issues in Iran and explains why they matter.

I’m senior correspondent Golnaz Esfandiari. Here’s what I’ve been following and what I’m watching out for in the days ahead.

( RFE/RL ) – Russia successfully launched an Iranian satellite into space on August 9, in a move that has raised concerns in the West. U.S. officials fear that the satellite could be used by Moscow to boost its intelligence capabilities in Ukraine, which it invaded in February. There are also worries that the satellite will provide Iran “unprecedented capabilities” to monitor potential military targets in Israel, its archenemy, and other countries in the wider Middle East region.

Tehran has rejected those claims, saying Iran will have full control and operation over the satellite “from day one.” Iran has said the remote-sensing satellite will only be used for civilian purposes, including monitoring border areas, surveying water resources, and managing natural disasters.

Why It Matters: The satellite launch is the latest sign of the deepening ties between Iran and Russia. It came just weeks after Russian President Vladimir Putin visited Tehran, where he and Supreme Leader Ayatollah Ali Khamenei pledged to work together against the West.

Both countries have been hit by Western sanctions and international isolation. Yuri Borisov, head of Russia’s state space corporation Roskosmos, hailed the launch as an “important landmark” in cooperation between Moscow and Tehran. Iran’s Telecommunications Minister Issa Zarepour, who attended the launch in Kazakhstan, praised it as “historic” and “a turning point” in space cooperation between the countries.

John Krzyzaniak, a research analyst at the International Institute for Strategic Studies, said in June that Iranian satellites do not have advanced capabilities, but they represent “stepping stones to more sophisticated satellites that will be more useful and remain in orbit for longer periods.”

What’s Next: Russia’s successful launch of the Khayyam satellite, named after the 11th-century Persian poet and philosopher Omar Khayyam, could worsen tensions with the United States. Just last month, Washington claimed that Tehran was preparing to deliver hundreds of combat drones to Russia for use in the war in Ukraine.

“Russia deepening an alliance with Iran is something that the whole world should look at and see as a profound threat,” a State Department spokesperson was quoted as saying on August 9.

The United States has long expressed concerns over Iran’s space program, which has both a civilian and military component. The United States fears that Tehran could use the program to enhance its ballistic-missile capabilities.