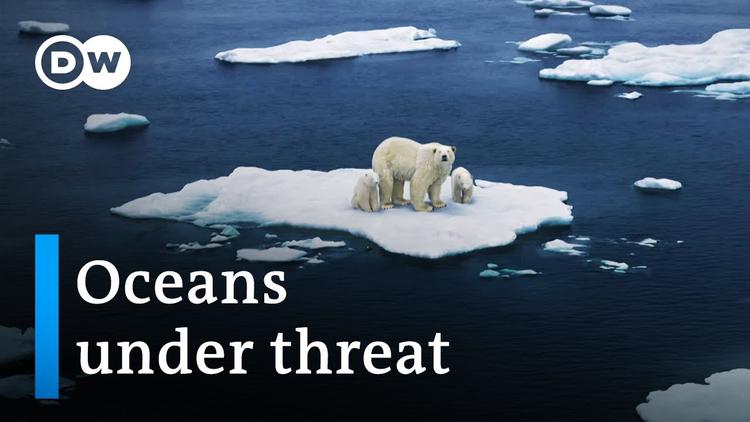 Ann Arbor (Informed Comment) – Some 87% of marine species are at risk of being wiped out or devastated by 2100 if the world goes on dumping 35 billion tons of carbon dioxide into the atmosphere every year, write Daniel G. Boyce et al at Nature Climate Change.

Sea life is facing two major challenges from the heat-trapping carbon dioxide we spew out when we drive internal combustion engine (ICE) cars or heat our homes and businesses with coal or fossil gas. Extra CO2 in the atmosphere prevents heat from the sun from radiating back out into space the way it used to before 1750, so instead it heats up the surface of the earth, whether dry land or the oceans. One challenge is that as carbon dioxide is absorbed by the ocean, it makes the water more acidic. It is like throwing hydrochloric acid into your pet’s fish bowl.

The other problem is heat. Some 90% of global heating is taking place in the oceans, especially in the upper 300 feet.. By last year, the average surface temperature of the ocean had heated up by 1.17 degrees F. (0.65C) over the twentieth century average. That is an average, and some parts of the ocean have heated up even more.

Marine species are adapted to a certain temperature, and extra heat poses challenges for many of them. Coral, for instance, under cooler conditions are willing to host microscopic algae in a symbiotic relationship, which is what makes them colorful. But even an increase of 2 degrees F. can stress the coral, provoking a defense mechanism in which it expels the algae and won’t let them back in. It then turns white or bleached, and gradually dies.

Coral reefs serve as a barrier, protecting coastlines from storm surges. And about 25% of the world’s fish depend on the ecosystem coral reefs create in order to live. The Northwest Hawaiian island coral reef, NOAA says, “supports more than 7,000 species of fishes, invertebrates, plants, sea turtles, birds, and marine mammals.”

Boyce and his colleagues attempted to rate 25,000 marine creatures according to three criteria: 1) is the species encountering hazardous climate-related conditions of extra heat and acidity? 2) how sensitive or susceptible to harm from such changes are they? And, 3), how resilient are they in the face of these changes, i.e., how adaptable are they?

They found that top predators are especially susceptible to harm from global heating, as are large mammals. So some of the worst news is for seals and sharks, for instance. Fragile species found in one or two places in specialized ecosystems are more at risk than hardier species found throughout the world. So there is a threat to biodiversity. That is bad, because each species is a treasure hold of genetic wisdom and a potential producer of things that benefit humans, and each species we lose is a loss of that value for human beings.

Boyle and colleagues write that “under the high-emission scenario, 2.7% of the assessed species are at critical risk, 84% are high, 13% are moderate and virtually none (<1%) are at negligible risk (Fig. 2a) by the year 2100.”

That is, if we don’t stop burning so many darned fossil fuels, we are putting all marine life at risk, and 87% of it at critical to high risk. A low-emissions scenario, where we cut back to zero carbon by 2050, still puts half of marine life at high or critical risk, but that is a substantial difference.