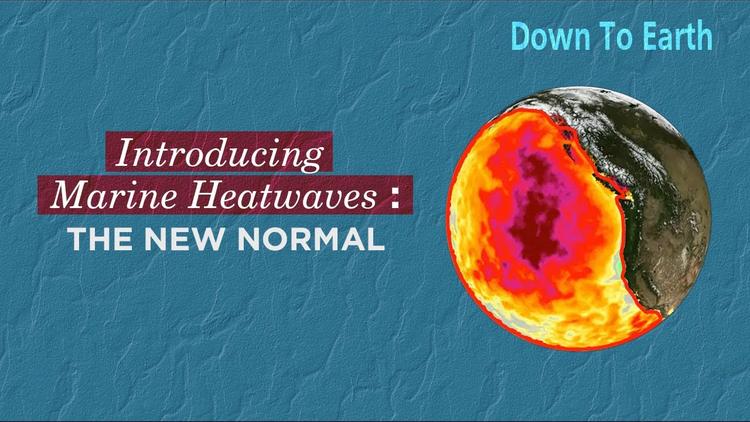 By John Spicer, University of Plymouth | –

The ocean sustains all life on our planet. It provides food to eat and oxygen to breathe, while playing a key role in moderating our climate. But marine life is increasingly threatened by climate change. The ocean is becoming considerably warmer, affecting its ability to sustain life.

The searing temperatures seen around the Mediterranean this year are indicative of rising global temperatures. This is set to continue over the next century, contingent on how much CO₂ we continue to emit.

The International Energy Agency reported that global energy-related CO₂ emissions rose by 6% in 2021 to their highest ever level.

The Mediterranean has been subject to intense thermal conditions in recent years. This has taken a further severe step this year, with sea temperatures reaching a record 30.7°C off Corsica.

A marine heatwave is defined as an extended period of abnormally high sea temperatures, relative to the seasonal average. They have doubled in frequency since the 1980s.

Because of the delay between undertaking and publishing ecological work, the most comprehensive study we have on Mediterranean marine heatwaves covers the period 2015-2019.

The study found that the sea temperatures recorded in the Mediterranean over the period were the highest since recording began in 1982. Of almost a thousand field surveys conducted, researchers found that 58% of them contained evidence of the widespread mortality of marine life, tightly linked to periods of extreme heat.

The research provides an insight into the future ecological impacts of marine heatwaves elsewhere. This is significant as substantial temperature increases are forecast for tropical and polar regions in particular.

While the ocean acts as a large carbon sink, we still face increases in the surface temperature of the sea ranging from 1–3°C before the end of the century. Linked to this overall warming are marine heatwaves of increasing frequency and intensity.

Article continues after bonus IC video
Down to Earth: “Marine Heatwaves : Climate change is causing heatwaves within the oceans”

Much of the research on marine heatwaves finds that they affect certain habitats particularly strongly, including coral reefs, seagrasses and seaweeds. Marine heatwaves were found to be responsible for the loss of up to 80% of the population of some Mediterranean species between 2015 and 2019.

A mass mortality event is a single, catastrophic incident that rapidly wipes out vast numbers of a species. Around 88% of these events in the Mediterranean were associated with hard sea floor inhabitants, such as corals. However, seagrasses and the more diverse community of the soft sea floor were also severely effected, accounting for 10% and 2% of these events respectively.

More than two-thirds of the deaths of marine organisms occurring on the hard sea floor were in the shallowest waters. Marine environments with a depth of 0–25 metres are subject to particularly intense warming and are home to some of the most biodiverse ecosystems in the Mediterranean, formed by coral-like organisms. Other research estimates that marine heatwaves have been responsible for the loss of 80–90% of Mediterranean coral density since 2003.

Foundation species tend to be habitat-forming organisms and are therefore critical in structuring an ecosystem. They act as nursery grounds, provide protection against predators, and serve as a food source. Foundation species are key to sustaining biodiversity, and their loss will have repercussions for other species. As foundation species, the loss of coral, seagrass and seaweed is particularly concerning.

It is not just intense heat stress that is causing mortality events. High water temperatures are associated with the proliferation of disease-causing organisms, such as bacteria, fungi and viruses. This may further reduce the ability of the ecosystem to adapt to extreme heat, contributing to additional ecological damage.

As well as prompting the widespread death of marine life, marine heatwaves often trigger migration. Warm-water invasive species will move towards the warmer areas, replacing species escaping the rising temperatures. Anecdotal evidence suggests that the exceptional temperatures seen across the Mediterranean this summer may be driving extensive mass migration.

In Greece, scientists have observed an increased abundance of invasive species from warmer waters. This includes the lionfish and silver-cheeked toadfish, both of which are toxic, and carry the potential to inflict considerable ecological damage.

Some research even suggests that invasive species in the eastern Mediterranean, where native populations have collapsed, will soon become the only ones capable of sustaining ecosystems.

There have also been sightings of non-native barracuda off France’s south coast. The invasion of predatory species, who find new prey while facing fewer predators, could considerably alter the functioning of the Mediterranean’s ecosystems, most likely to a less-rich form with lower species diversity.

However, while anecdotal evidence is plentiful, research into the ecological effects of marine heatwaves remains in its infancy. There needs to be further robust scientific studies on which to develop modelling of realistic future scenarios.

Within some branches of the scientific community, the recent intensity and frequency of marine heatwaves suggests we have arrived at a “climate endgame”. This involves preparation for the full consequences of widespread marine species mortality, should emissions not be curbed. The likely devastating Mediterranean marine heatwave of this year will only add fuel to such discussions.