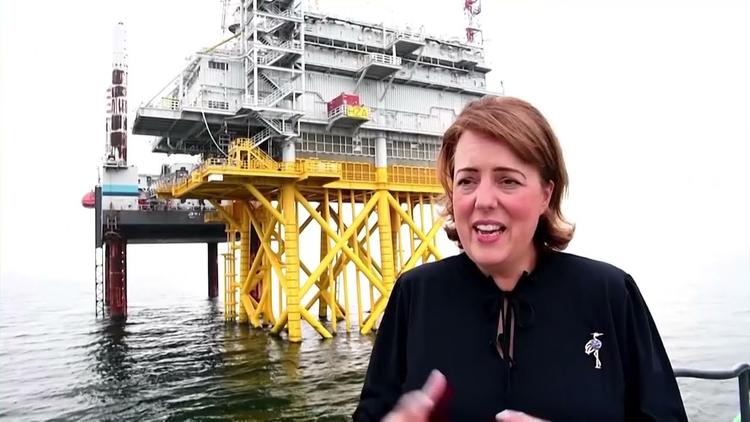 Ann Arbor (Informed Comment) – The Netherlands was long a laggard regarding the green energy revolution and combating the climate emergency, perhaps in part because it is a fossil gas-producing country. Even so, the Netherlands is now making strides toward an energy switch with some innovative approaches. It is still a little behind the European average, but has the potential to catch up quickly.

Some 33% of the Netherlands’ electricity is produced from renewable sources. In the US, that percentage is only 25%. A lot of the renewables in the Netherlands, though, are biomass, the greenness of which is in my view in doubt. Still, the country is adding gigawatts of new wind and solar every year, and has big plans for wind power in particular by 2030, hoping to increase offshore wind to 21 gigawatts. The US goal is only a little bigger, at 30 GW by 2030, but the Netherlands has a population of 17 million versus 330 mn for the US.

So let’s talk innovation. Take, for instance, The Zeewolde onshore wind farm, which has just come online and will supply low-carbon electricity to 300,000 households. What makes this wind farm unique is that it is locally-owned, such that some 200 farmers and other residents are the owners of the 83 wind turbines. It is the largest wind farm cooperative in the world. Sometimes onshore wind faces opposition from residents, but for these locals, it is a cash cow. They have contracted to sell their electricity for the next 15 years to the Swedish Vattenfall company.

Reuters reports another unusual experiment involving Vattenfall. In this case, the company won a bid in 2018 to build a 1.5 gigawatt offshore wind farm at Hollandse Kust Zuid, but without any government subsidies. Residential electricity in the Netherlands is expensive, at $0.32 per kilowatt hour. Offshore wind is less than a third of that, hence there is no real need for a subsidy. Though, obviously, subsidies help overcome the problem of sunk costs. That is, the coal and gas plants already exist and were built years ago, so that is a sunk cost. They may generate electricity more expensively than wind, but with wind you have to build a whole new farm full of turbines, which is an up front cost. That’s what the government subsidies cover, but in the case of Hollandse Kust Zuid, obviously Vattenfall feels they can make money anyway.

Reuters also reports on Oceans of Energy’s offshore floating solar array. Solar panels are bulky and take up a lot of space, which is at a premium in a densely populated country such as the Netherlands. Putting the panels offshore resolves that problem, since the Netherlands has plenty of sea coast. The Oceans of Energy program deployed a floating solar array in rough waters and high winds in 2020, and it has functioned fine. They have plans gradually to expand it to a megawatt this year, and then 15 megawatts in 2023.