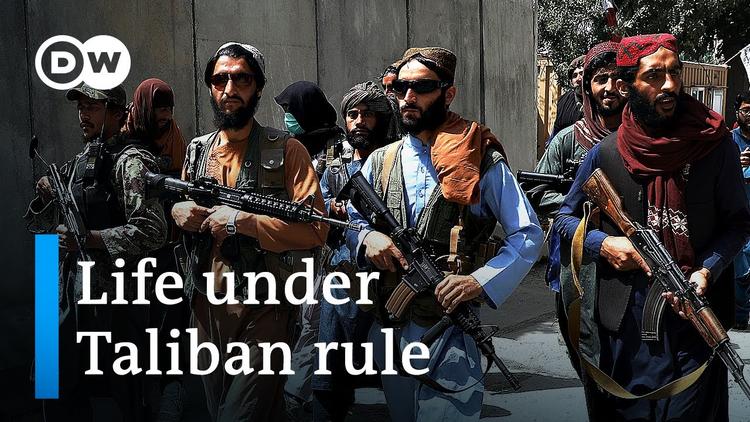 ( Middle East Monitor ) – On 15 August 2021, the world looked on with trepidation as the situation in Afghanistan reached a critical juncture with the Afghan Taliban assuming power in the country. The takeover was swift, and relatively peaceful, with little resistance from the masses, followed by the abrupt withdrawal of US forces, leading to a new set of debates and questions. Was this the same Taliban or a different version? What was to be the future of Afghanistan’s women? What would be the fate of political opponents who had been seen as advocates of foreign occupation? The answers remain unclear almost a year later. There was little doubt about a Taliban revival with the US exit and in the absence of a negotiated settlement. In fact, a military takeover by the group was almost expected. But the manner and speed with which Afghanistan fell to the Taliban was shocking and unprecedented.

Afghanistan is currently going through one of its most important and critical phases, even when one considers the violence and instability of the last two decades. Since the Taliban’s assumption of power, the situation inside Afghanistan resulted in unaddressed questions regarding changes in domestic governance, political freedoms, human rights and especially women’s rights, counterterrorism assurances, and the overall commitment to regional peace and stability.

15 August 2022 will mark one year since the Taliban dispensation assumed power. While, initially, there were uncertainties regarding the Taliban’s rule, the past one year has somewhat set the tone and is an indication of how the group intends to govern the country. Even within the confines of the current interim set up, the real test for the Taliban is by no means limited to securing power, but revolves around legitimacy, acceptance, performance and of course recognition. The group has been engaging independently as well as through Doha with the international community and regional countries, and while it seeks recognition, present engagement does entail de facto recognition.

Domestically, the group’s performance is debatable; however, one has seen an overall improvement in the security of the country with the exception of attacks by transnational terrorist groups like the Islamic State Khorastan Province (ISKP). The group is still trying to consolidate its position and power within its ranks as well as within the country. Governance without a doubt continues to remain a huge challenge, as the group, it seems, does not have the expertise or manpower to run the ministries. This is primarily because the majority of the educated Afghans have left the country.

While the group had time and again given assurances that it would work towards the formation of an inclusive political system and has expanded its cabinet to include a few members from other ethnic factions, unfortunately the set-up of a representative political dispensation as the group had claimed is still unfulfilled. However, the fact that the group has said the set-up is an interim arrangement is somewhat reassuring and one hopes the future government will be more inclusive. The group is struggling to formulate policies towards Afghan institutions like the bureaucracy, security and armed forces to name a few. Moreover, the group has not only inherited weak institutions but a nonexistent economy, an ongoing humanitarian crisis and effects of natural calamities; in other words, it is work in progress.

Moreover, financial sanctions on the Taliban, have largely played a part in paralyzing the banking system which has thus affected all aspects of the economy. While the provision of humanitarian aid to Afghanistan by certain countries, including the US, which has provided $775 million, is certainly reassuring; however, it is not enough to stabilise the economy let alone sustain the Afghan population of which some 95 per cent are suffering from food insecurity.

This is a huge dilemma for the Afghan population and remains one of the biggest challenges. Thus, in such dire circumstances, it is important for the international community to move away from politics and push towards a consolidated effort to ensure that Afghanistan does not further collapse into a humanitarian disaster that will then require more financial support as well as a different and enhanced set of challenges regarding refugees, among other issues.

Despite grave economic challenges, the Taliban have in their limited capacity taken measures to clamp down on corruption, and generate domestic revenue through custom and tariff duties. For example, between September and December in 2021, they collected around $400 million through revenues, taxes and on the increased export of natural resources like coal. Moreover, the group has kept official revenues flowing, and a “handful of holdovers from the former government are maintaining sophisticated financial-management software set up by the American-backed regime to run their revenue-collection systems.” The group also published a three-month budget, which has given some cause for optimism.

As a USIP report noted: “The Taliban budget is nearly balanced — and realistically projects no aid flows directly into the budget. Though the revenue projections may be somewhat optimistic, in general the budget seems relatively prudent, and compares well in this regard against past

While children have been returning to schools, the Taliban reversed their previous decision to allow Afghan girls to return to high schools, this is both unfortunate and regrettable to say the least – and a major issue of concern for regional countries including Pakistan. It is imperative for the Taliban to realise that although Afghanistan has been at war with itself, the international community and the masses have evolved, and would like their rights to basic yet fundamental issues such as human/women right and education to name a few to be met. Hence, if the Taliban do not honour their pledges of reform, the group will lose the little support and engagement it currently enjoys from the international community. Moreover, it will become extremely challenging for regional countries to engage with the group let alone consider their formal recognition.

The biggest threats to Afghanistan are domestic constraints such as the economy and a possible humanitarian crisis, and just as importantly, the concern that the country will fall prey to transnational terrorist elements. Already, there has been some resistance shown in the north where the National Resistance Front (NRF) headed by Ahmed Masood has remained strident in its opposition towards the group. It has been trying to muster up support for its cause and lobby against the possible international recognition of the Taliban government as the legitimate government of Afghanistan. While the NRF has been trying to expand on both national and global levels, it has so far failed to gain the necessary support for its cause. This also reveals a new Afghan and international context, and a different set of perceptions and aspirations for different groups in Afghanistan, since the NRF had received some support in the past.

However, if the Taliban are not able to consolidate their position and ensure some semblance of stability, the fear is not so much of a civil war from groups such as the NRF but rather of transnational terrorist elements taking advantage of the situation and filling the vacuum. This fear has been echoed by the former UN Special Representative for Afghanistan, who also noted that “Afghanistan’s collapsing economy is heightening the risk of extremism.” After all, since the Taliban assumed power in August 2021, there has been a major spike in attacks by the ISKP domestically and against Afghanistan’s neighbours, primarily Pakistan, followed by Uzbekistan and Tajikistan. In Pakistan’s case, the rise in Tehrik-e-Taliban Pakistan (TTP) activity and attacks against Pakistani security personnel independently as well as in collaboration with the ISKP has been of particular concern. It not only raises doubts on the Taliban’s ability to honour their commitments regarding counterterrorism assurances but also their capability to deal with transnational terrorist groups operating within the country.

While Afghanistan is being viewed as a regional issue – particularly in terms of the ongoing crises in different parts of the world, this is a gross miscalculation because as the past has proven, Afghanistan has always had global ramifications and the threat of transnational terrorist groups like the ISKP will not remain a concern for the region alone as it has global aspirations and believes in a global caliphate, hence no conflict should take precedence over the other. Accordingly, Afghanistan should not be abandoned nor ignored as it has been in the past because it will not bode well for any stakeholder. This is a time to remain engaged with Afghanistan– where the onus is on all sides to deliver. However, to achieve this, all sides need to learn to compromise and accommodate each other and instead of viewing Afghanistan as a regional issue, it must be viewed as a shared responsibility, Afghanistan is a global issue that warrants a collective and dedicated response.

Article continues after bonus IC video
How has life in Afghanistan changed since the Taliban took over? | DW News

While the Taliban are certainly not ideal, it must be asked whether there are any viable alternatives at this stage. Perhaps a clearer question is whether the international community desires the Taliban to fail or succeed – the answer, it appears at this point, will mean the failure or success of Afghanistan. While the Taliban face several understandable challenges be it limitations regarding governance, differences within the group’s leadership over policies or the full use of Afghanistan’s resources, the fact is that now that they are in power, they have to shoulder the responsibility of being a responsible government that serves the Afghan people. Surely, this can only happen once they attain legitimacy from the masses themselves. However, despite the grave challenges, this is still a unique and unprecedented opportunity for Afghans to come together and focus on a state and government that is inclusive, responsible, accountable and lastly, one that serves the Afghan people, because Afghanistan’s future greatly shapes the security architecture of the entire region.