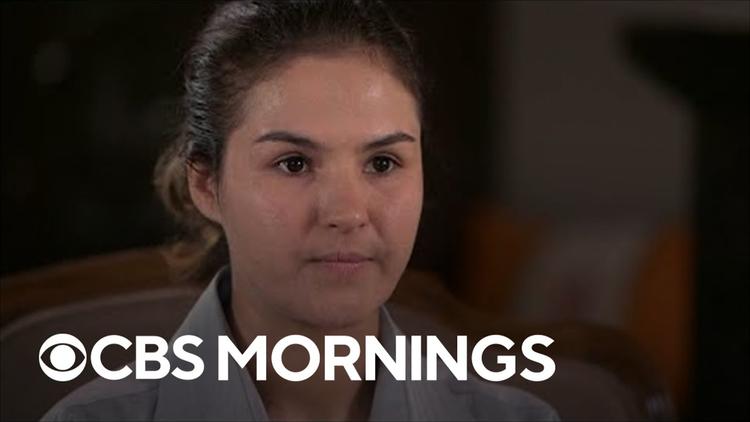 ( OpenDemocracy.net) – In 2002, when Matiullah Wesa was a teenager, armed gunmen burned his school. It was this, he told openDemocracy, that led him to dedicate his life to ensuring other children in Afghanistan can get an education.

Wesa is the co-founder and president of PenPath, an NGO that works to reopen closed schools in the country’s rural areas – from the Spin Boldak district in Kandahar to Helmand province – and has so far educated more than 115,000 children.

Today, PenPath has 2,400 volunteers, including six women who give secret classes to secondary school-aged girls. Despite multiple assurances made by the Taliban at international forums, teenage girls are still banned from classrooms in Afghanistan in the wake of the group’s takeover of Kabul.

Schools have since reopened for boys and for girls up to the age of 11. But in many rural areas, children are still being deprived of an education; between safety concerns and the weak economy, parents are reluctant or unable to send them to class – and that’s if there is a school at all.

“There are villages in Afghanistan that have over 1,500 people but not a single school,” Wesa explained. So, many of PenPath’s classes are taught in children’s homes, with volunteers playing pre-recorded school lessons. In towns where there’s an internet connection, volunteers give online classes to groups of girl and boy students.

“We’ve recorded the Afghan school curriculum from class 1-12 and teach children in rural areas. If they can’t go to school, we’ll bring the school to their doorsteps, sometimes behind closed doors,” Wesa explained.

“Even if the Taliban threatens us, we won’t stop fighting for education… Education is our human right.”

Some parents are reluctant to send their daughters to schools with male teachers – either because they fear Taliban repercussions or because of their own conservative values. So, educators from PenPath go door-to-door to urge community elders, parents and tribal leaders in rural Afghanistan to encourage girls’ education.

“We have two challenges,” Wesa said, “one is that the Taliban has banned girls in grades 7-12 and the second challenge is that parents are discouraged from sending their girls to school because of the lack of female teachers, toilets, and secure campuses. It’s a huge problem.”

Most of the funding for the NGO comes from the founders’ pockets, although some is donated by people around the world, the Afghan diaspora and local elders. Wesa and the volunteers work without pay unless a ‘good samaritan’ donates money towards their salaries.

“Girl students, their parents, and tribal leaders have come up to us and thanked us for bringing education to their villages. They were happy and want to study more,” said Wesa. “Our female teachers have received so much encouragement from these little girls. It just keeps pushing us to do more.”

Some of PenPath’s female teachers told openDemocracy they are not worried or scared about what they are doing, because they believe in a right to education.

One female volunteer said: “I believe it’s my responsibility to teach those who are in need of education, especially children here who are the future builders of Afghanistan. I will keep fighting with determination for my aim.

“We will try to provide education to each and every Afghan girl, at the same time, we request the international community to provide them with opportunities like scholarships and help build schools for them.

“We don’t need to be scared of anyone or a group. We will fight for girls’ education till our last breath.”

Even if the Taliban threatens us, we won’t stop fighting for education… Education is our human right

This was echoed by another female volunteer, who added: “I have started volunteering because my country, Afghanistan, is in a really bad situation. We are fighting for our country and there are people here who won’t stop fighting for this right…

“I’m sad but not scared because I’m fighting for education which is a fundamental right of all human beings. It’s not a new thing that there are people against girls’ education so I’m not really scared about it.”

‘I won’t be discouraged’

“Our female teachers reach one house of a girl child that’s pre-decided and they gather other girls from the village and conduct classes behind closed doors. Our male teachers do the same when holding classes for the boys,” said Wesa.

Volunteers give classes in two shifts – a morning one starting at 7am and another from 3pm. Each day, the classes teach more than 1,000 students across various districts in Kandahar, Helmand and Kabul.

PenPath has also launched mobile libraries – collecting and distributing more than 360,000 books to the children of Afghanistan since 2013. The NGO hopes to expand the number of online classes, secret schools and mobile libraries in the coming months.

Wesa first started working to reopen schools during the Taliban’s previous regime in the 1990s. He admitted it’s “harder” to do so now, but said he won’t give up.

Asked about the potential risks if the Taliban finds out the organisation is teaching girls, Wesa said, “We have chosen a non-violent way to fight for girls’ education and even if there comes a threat or they say I’ll be sent to jail, I won’t be discouraged to cease our educational activities.”

He added: “We’re finding ways to make sure [children] don’t lose out on the only thing that can save this country from starvation – which is education”.

Deepa Parent is an independent journalist based in Paris. She covers international conflict and the consequences of war on human rights. She reports on refugee crises, women’s rights and the role of geopolitics in conflict zones. Deepa has a masters degree in Media and International Conflict from University College Dublin, where she studied how to cover conflict with a focus on US foreign policy and public diplomacy.