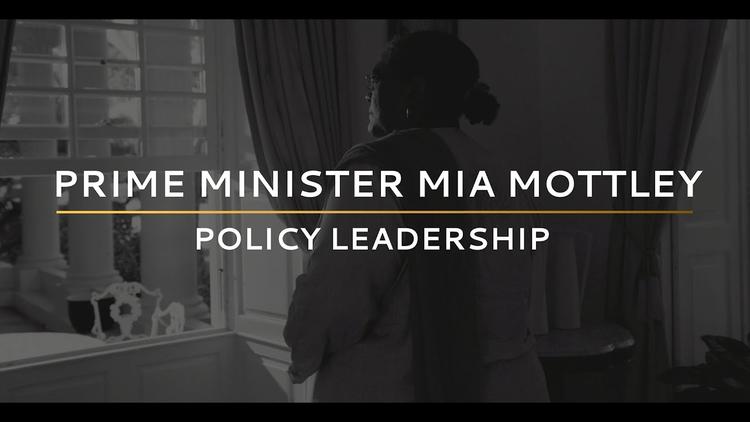 When the new federal parliament opened last week, a record number of female politicians took their seats: 38% in the House of Representatives and 57% in the Senate. This changing of the guard, with women at the forefront, brings an opportunity to accelerate Australia’s efforts on climate change.

The major parties were virtually silent on the issues of gender equity and climate change throughout the 2022 election campaign. Yet, both issues proved to be turning points for the Australian electorate.

Climate change – one of the key platforms on which the teal candidates successfully campaigned – is central to Prime Minister Anthony Albanese’s parliamentary agenda. A bill to enshrine a climate target into Australian law was among the first introduced to parliament last week.

Women are on the front line of climate change impacts, which makes our experiences and leadership critical at decision-making tables. From Barbados to Finland, we’ve seen women’s leadership on climate bring fair, innovative and ambitious policies. We hope a new era in Australian climate policy is upon us, too.

Women around the world are disproportionately impacted by climate change due to existing systemic inequalities. For example in Africa, when disaster strikes, women may find it more difficult to evacuate their homes as primary caregivers, be unable to read written warnings, or be overlooked in rescue attempts in favour of men.

Australia’s experience is no exception. For example, researchers note sharp surges in domestic violence in the wake of disasters, such as bushfires.

Despite increased vulnerability to climate impacts, we recognise that women and girls have been creating and leading innovative climate solutions at all levels.

There are scores of examples of female climate leadership and the benefits that follow when women and girls are afforded the opportunity to take a lead on climate action, throughout recent history.

Notable examples include Christiana Figueres, who steered international climate negotiations to a successful outcome in 2015, with the adoption of the Paris Agreement.

Other young women such as National Director of Seed Mob Amelia Telford in Australia, and Pacific Climate Warriors founding member Brianna Fruean are at the forefront of First Nations’ climate advocacy efforts.

An OECD Working Paper released this year notes that women’s participation in decision-making often leads to the development of comparatively strong and sustainable climate policies and goals.

Case in point, Finland, under leadership of progressive Prime Minister Sanna Marin, recently committed to one of the most ambitious climate targets, legislating net zero by 2035 and carbon negative by 2040.

Meanwhile, Barbados Prime Minister Mia Mottley aims to phase out fossil fuels by 2030 and is a passionate advocate for developing nations vulnerable to climate change.

In the private sector, women’s participation is also crucial. The OECD cites evidence that when women occupy at least 30% of board seats they bring about change to climate governance within companies.

An end to Australia’s climate wars?

The Australian government’s sharp focus on climate change is a far cry from the “climate wars” that have been a roadblock to meaningful climate policy in this country for the past decade.

But Australia wasn’t always a problem country in international climate negotiations. At times, we’ve been a climate leader.

Under Julia Gillard’s Labor government, for example, Australia was one of the first countries to introduce a national legislated carbon price in 2011. This changed in 2013, when the newly elected Prime Minister Tony Abbott swiftly repealed this landmark law. Almost a decade of inaction on climate change by the federal government followed.

Signs of progress on climate change began to take shape at the 2019 federal election, when conservative but green Independent MP Zali Steggall ousted Tony Abbott from his long-held seat of Warringah.

The May election then brought a teal wave of female independents, along with gains for Greens and Labor women candidates. These women – such as Kate Chaney, Zoe Daniels, Monique Ryan, Sophie Scamps, Kylea Tink, Zali Steggall and Allegra Spender – are set to play a transformative role in our politics and society.

They campaigned on a climate and integrity platform, calling for stronger 2030 climate targets, increased renewable energy generation and passing a Climate Change Act to legislate and lock in emissions reduction targets.

Labor’s Climate Change Bill was one of the first pieces of legislation to be introduced to the new parliament, and negotiations are now well underway between Labor, the Greens and the female independents to pass it.

An early success borne from these negotiations has been establishing that Labor’s current target – 43% emissions reduction by 2030 – is a floor, not a ceiling, for ambition.

Still, as Kate Chaney put it in her first speech, “we need to go further”. This includes addressing questions about accountability for achieving the target, and a mechanism to ensure future governments continue to lift their ambition.

Towards a positive climate future

The success of the teal independents represents the enormous groundswell of anger and frustration felt by many people who might have, in the past, voted for the Coalition government.

This immense transformation points to the need for Australia to place gender equity, climate action and integrity at the centre of our decision-making.

As our national climate laws and policies take shape, we watch with anticipation to see how Albanese will navigate two houses occupied by women with strong, clear climate objectives and unprecedented support from their electorates.