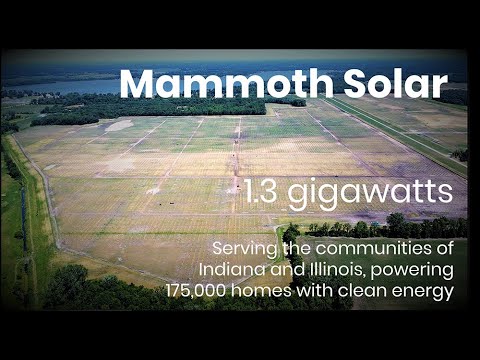 Ann Arbor (Informed Comment) – Berkeley Labs has brought out its report on utility-scale solar power in the United States during 2021.

Here are some headlines from the report:

1. Utility-scale solar and distributed solar came to 45% of all new electricity-production capacity added to the US grid in 2021. In contrast, wind was 32% of new capacity. New capacity additions point to the future, and it is heartening that 77% of new electricity-generation capacity in the US in 2021 was wind and solar. This was before the incentives and tax breaks of the just-passed Inflation Reduction Act, which will turbocharge renewables. P.S. utility-scale solar is defined as “any ground-mounted project that is larger than” 5 megawatts alternating current, and is aimed at the wholesale market. Distributed solar concerns smaller amounts of generation at the state level, and is aimed at the retail market.

3. Texas, at 3.9 gigawatts, completed more new utility-scale solar electricity plants in the US in 2021 than any other state, with 32% of the national total. California came in at only 1.2 new gigawatts. So Texas put in more new solar than did California. Florida, Georgia and Virginia each put in around one new gigawatt of solar. Californi remains the cumulative champ, but 26% of its electricity comes from solar.

4. The median installed cost of photovoltaic cells has fallen by an astounding 76% since 2010. With the incentives for research and development in the IRA, we can expect the cost of solar to fall even further.

5. Solar and wind have both fallen to 4 cents a kilowatt hour in some markets, and it is now more lucrative to simply stop buying gas for an existing fossil gas plant and use the money to build and operate a wind farm or solar farm instead.

6. Solar plus battery is soaring in popularity, with 4.2 gigawatts of new installation in 2021 that fit that configuration. California avoided electricity outages during the recent heat wave largely because of its combination of solar and batteries.