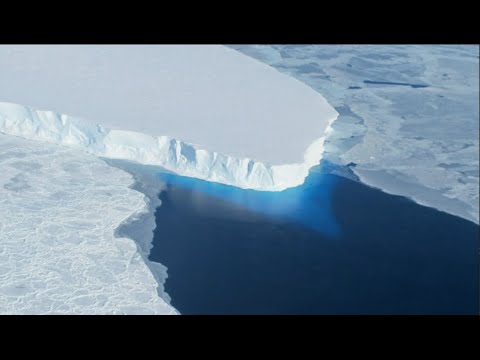 Ann Arbor (Informed Comment) – As regular readers know, I’m fascinated by glaciers. Growing up in France, I had the opportunity at one point to learn to ski in the Swiss Alps. The US army does not consistently supply a jet set lifestyle to dependents of non-commissioned officers, to say the least, but sometimes you get to do things because you are over there. And then I went to Alaska once, and a friend of mine and I drove down to see the Portage Glacier. It looked to me like it was trying to climb over a mountain, and had left a lake behind it as it melted. The glacier began moving, and began creating that lake, according to the little museum attached to it, around 1850. That’s around the time that the Industrial Revolution had put enough carbon dioxide into the atmosphere (and perhaps Qing expanded rice cultivation in China had contributed some methane as well), to warm things up a bit. 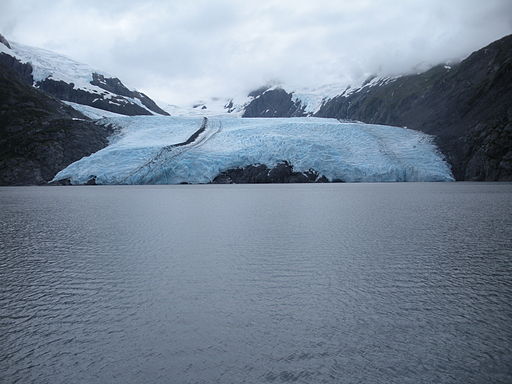 The Portage glacier has moved relatively slowly, and that was my image of glaciers. It turns out that that image is wrong. Glaciers can move very quickly, it has just been shown. There seems to me an analogy to the image of dinosaurs, which used to be thought of as slow and lumbering. Then biologists theorized that dinosaurs were warm-blooded, like their descendants, the birds. And all of a sudden Hollywood was giving us lightning fast velociraptors. Actually, the creatures named that way in the Jurassic Park films are twice the size of the real-life velociraptors, but after the first film came out, the Utahraptor was discovered, which is even bigger than those depicted in the films. Hollywood understood immediately that however scary dinosaurs may have been, a really fast dinosaur is the stuff of horror movies

Now it turns out that some glaciers are also fast. And the horrors of Jurassic Park pale in comparison to the notion of a rapidly receding giant glacier.

Alastair G.C. Graham et alia write at Nature Geoscience that the gargantuan Thwaites glacier in Antarctica, which is 80 miles across and is as massive as the state of Florida, has even in the past 200 years sometimes receded at a much quicker pace than has been its norm since the late 1990s, as measured by satellite data.

They warn that the Thwaites’ “bed deepens upstream to >2 km below sea level, and warm, dense, deep water delivers heat to the present-day ice-shelf cavity, melting its ice shelves from below. Together, these conditions make Thwaites Glacier susceptible to runaway retreat. Satellite radar observations of change in the ice stream show that its fast-flowing trunk has sped up, thinned and widened since 2011, while there has been spatially variable grounding-line retreat.”

Did they have to say “runaway retreat”?

We really, really, don’t want the Thwaites to recede quickly. If it starts sprinting, so to speak, for the ocean and plops in, it would raise sea levels by 10 feet.

For places that are already at sea level or lower like parts of New Orleans, Palm Beach in Florida, the Egyptian Delta, and southern Bangladesh, the prospect of a Thwaites glacier in the ocean and melting is a death knell. Some 40% of humanity lives within 60 miles of a coastline, and those are the people who will be affected by a rapid sea level rise of 10 feet.

As the oceans heat up, the ice shelves that hold the glaciers back have been melting. By driving gasoline cars and heating buildings by burning coal and fossil gas, we have been removing a key guard rail that kept the glaciers from taking a dive into the ocean.

One slight hope we had was that Thwaites seemed to be moving relatively slowly. Maybe, scientists thought, we can get to zero carbon by 2050, which would immediately stop the rising of the average temperature of the earth’s surface. If it didn’t get any hotter after that, and if instead carbon dioxide was absorbed by the oceans and its concentration in the atmosphere started falling, then perhaps we could avoid the Great Thwaites Cataclysm.

But the underpinning of that hope was a slowly moving glacier. The research of Graham and colleagues has kicked that leg off our stool.

The authors say, “Our results suggest that sustained pulses of rapid retreat have occurred at Thwaites Glacier in the past two centuries. Similar rapid retreat pulses are likely to occur in the near future when the grounding zone migrates back off stabilizing high points on the sea floor.”

In other words, we can’t take the slow progression of Thwaites for granted. It could shift into first gear any time, as it has done also in the past.

It isn’t, moreover, just that the glacier could possibly at some point experience a random “pulse” of rapid movement. They explain that the heating waters of the ocean are causing “Rapid thinning and retreat” that “will shorten the recurrence interval between such events, and in the context of recent observations, thinning and progressive grounding-line retreat at Thwaites Glacier increases the probability of such a pulse occurring in coming decades.”

By heating up the earth, we are making it more likely that Thwaites will come splashing into the ocean at a rapid clip in the near to medium future.

One of the paper’s co-authors, Robert Larter from the British Antarctic Survey, gave an interview in connection with the paper, saying, “Thwaites is really holding on today by its fingernails, and we should expect to see big changes over small timescales in the future–even from one year to the next–once the glacier retreats beyond a shallow ridge in its bed.”

That Thwaites is “hanging on by its fingernails” became the headline for this story in a lot of articles. Unfortunately, so are we.