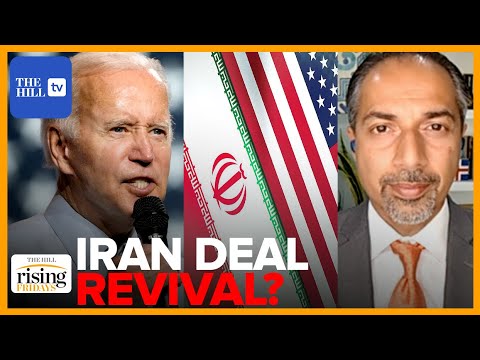 Former Israeli Prime Minister Benjamin Netanyahu invited himself for a security meeting with Israeli caretaker Prime Minister Yair Lapid last month to discuss Iran’s nuclear programme. Afterwards, he said that Lapid and Defence Minister Benny Gantz did not live up to their responsibilities for preventing a new nuclear deal with Iran. According to Netanyahu, Israeli officials should have done the same thing that he did prior to the signing of the Joint Comprehensive Plan of Action (JCPOA) in 2015 and met with influential US Congressmen, senior US officials and prominent mass media figures.

“Netanyahu taught us exactly what not to do,” responded an Israeli government official. “In 2015, he went to Congress, spoke with senior government officials and the media, and we got the nuclear deal shoved in our faces.” This time, he added, “We worked quietly. We put in tremendous efforts and reached the opposite result.”

Israeli officials have said several times that a deal between Tehran and the world powers on Iran’s nuclear programme is off the table for the foreseeable future. However, multiple reports have emerged recently suggesting that a deal is possible. Last week, the US State Department rejected claims by Israeli officials that Washington had given up on the talks with Tehran.

“We have been and are continuing to seek a mutual return to full implementation of the JCPOA,” a statement attributed to a US State Department spokesperson pointed out. This was, said the Times of Israel, a reply to an Israeli official who said that, “The Americans and most Europeans say there’s not going to be a [new] JCPOA.”

Netanyahu, former Prime Minister Naftali Bennett, Lapid, Mossad officials and many others across the Israeli political and security spectrum do not share the same view towards Iran’s nuclear programme and the efforts of the world powers to reach a deal with Tehran. However, those who are against the deal are not opposed to it in the same way or for the same reason.

“Neither Prime Minister Yair Lapid nor his predecessor, Naftali Bennett, is as stridently opposed to a nuclear deal as Benjamin Netanyahu,” wrote Ronen Bergman of the New York Times two months ago. Indeed, he added, “High-ranking members of the Israeli defence and intelligence establishments are saying that a new agreement along the lines of [the JCPOA]” would be in Israel’s “best interest.”

Why are there clear differences between Israeli political, military, security and intelligence figures with regard to Iran’s nuclear programme? I think that the election campaigns have a lot to do with it, as appeals are made to the electorate to secure votes. Everyone wants to be seen as “Israel’s strongman” (or woman) in the face of perceived existential threats. This is important as the politicians jockey for positions in the Israeli hierarchy and be able to take important decisions to destroy Iran’s nuclear programme.

It is interesting to note that in the run-up to the January 2013 General Election in Israel, the late Rabbi Ovadia Yosef advised the politicians not to mention Iran as an enemy. He recognised that those, including Netanyahu, who were pushing Israel to the brink of war with Iran at that time, were doing this for electoral reasons. To illustrate his point, he told them that they could not succeed in deterring the Palestinians in the Gaza Strip, so how did they expect to deter Iran?

Another factor to be considered is the attempts by Israeli officials to end the isolation of the occupation state. Israel has been in the Middle East for more than 70 years and yet still feels like an alien presence. It is true that most Arab regimes are friends of Israel, but everyone — including Israelis — knows that this “friendship” does not reflect the feelings of the masses, who still look at Israel as the enemy.

Hence, it looks as if Israel is creating a fake enemy and exaggerating the threat in order to rally its friends around it. The occupation state is trying to mobilise the Arab states by claiming that an Iranian nuclear bomb is a real threat to them as much as to Israel. The so-called Abraham Accords have to be viewed in this context. Such a tactic also generates sympathy and support in the US and the West generally.

Israel has destroyed alleged nuclear facilities in two different regional countries in the past, and neither Iraq in 1981 nor Syria in 2007 responded with even a single bullet. Why does Israel feel so afraid of Iran and how it might respond?

What nobody is mentioning is that Israel has at least 90 nuclear warheads, with the capability of building up to 200, and yet it is afraid that Iran might get one nuclear bomb. This is a paradox that makes it clear that Israel’s concerns about Iran’s nuclear programme are false.

Former Israeli National Security Adviser Yaakov Amidror, who is now a senior fellow at the Jerusalem Institute for Strategy and Security, was the first to highlight the issue of Iran’s nuclear programme in the early 1990s. He still believes that the solution for this is to bomb the Iranian nuclear facilities. “I don’t see any other way but to bomb them,” he told the BBC last year, but the Israeli government has not made such a move.

Moreover, a former head of research for the Israeli Mossad spy agency, Sima Shine, told the BBC, “I hope that the diplomatic channel will succeed.” Mossad is pushing for the military option to end Iran’s nuclear programme, and yet a former senior official is pushing for diplomacy to succeed.

This provides us with a glimpse of the baseless nature of Israel’s hostility towards Iran. Add this to my belief that the Iranian regime works for US interests, and it is obvious that it cannot be an enemy of Israel, as both proxies work for the same bosses in Washington.