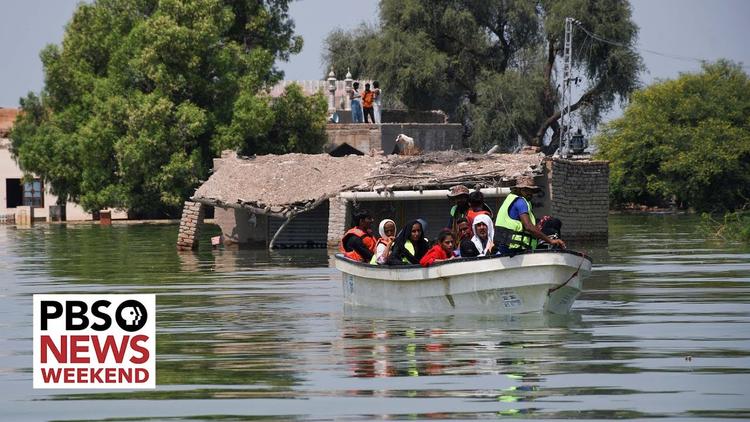 ( The Third Pole) – How would a decolonised water perspective and practice mitigate the effects of the type of floods that Pakistan is witnessing in 2022? If decolonising water is about recentring the multiple layers of meaning and practice that are associated with water at the local and indigenous level, then we have to move beyond the obsession with dams and mega infrastructure projects.

People have to be involved at every level, from early warning systems to drainage to governance

Pakistani water managers (like their counterparts in most of the global South) suffer from an acute case of mega-projectivitis: a deadly disease caused by modernity and a blind commitment to colonial thinking and practices. Much of the extensive infrastructure development in the Indus Basin – including dams, barrages, canals and levees – has served to exacerbate the flood pulses of the basin’s rivers. The colonial engineering paradigm has exchanged high frequency-low intensity events, which were ecologically beneficial, for low frequency-high intensity events which wreak the kind of destruction we are witnessing today in Pakistan.

I outline below what a decolonised water approach to flood management would be like in Pakistan.

The first and foremost priority for flood management in Pakistan, or anywhere, should be credible, actionable, comprehensible and accurate (as far as possible) early warnings. A colonial water approach would prioritise the accuracy of the models. A decolonial approach would emphasise:

Listen to the people who live on the riverbanks

The second priority has to be drainage. Every farmer or even local child knows which way the water flows. They should be listened to, and any obstructions standing in the way of the natural drainage of waterways should be removed. This will not only help mitigate the intensity of the flood peaks, but also the duration of the inundation. Essential infrastructure like roads, railway lines and canals should have culverts, bridges and/or siphons to facilitate natural drainage.

Third, cancel and prevent real estate investments on floodplains, including housing societies, hotels, expressways and so on. Floodplains are best used as parks. And along the same lines, please give some wetlands back to the rivers. One could not hope for a more effective moderator of flood peaks than wetlands. In addition, wetlands have multiple ecological benefits in terms of groundwater recharge, biodiversity conservation and carbon sequestration.

RecommendedBuild, collapse, rebuild: life on the river islands of Bangladesh

Fourth, undertake vulnerability mapping exercises for river plain communities in consultation with those communities. Knowing patterns of household and community vulnerability will help target relief and recovery aid in the aftermath of floods to those most in need, instead of the usual pattern of flailing around with inappropriate aid. This could easily be undertaken using some existing vulnerability assessment indices, by for example the irrigation or revenue departments of Pakistan, which have the deepest penetration at the local level in the country.

Fifth, help local communities further reinforce their existing flood adaptation measures, for example building homes and animal pens on elevated platforms. For those who cannot afford to build those shelters, the state should provide conveniently located human and animal shelters. In rural South Asia, people will not evacuate if their animals cannot.

Decentralised governance is the key

Sixth, decentralise governance to local government. The de facto federal but de jure centralised Pakistani state assumes the flood-affected to be helpless victims in need of central government help. Nothing could be further from the truth. People and communities come together, and the first source of help is always local. Work with democratic, empowered local governments who know their surroundings best for flood management and relief. The command-and-control approach perpetuated through the colonial bureaucracy is dysfunctional.

Seventh, prioritise women, gender minorities and marginalised communities as the recipients and administrators of aid. The patriarchal ethos in relief aid distribution only serves to further marginalise women, children and those most in need. Draw upon the strengths and capacities of women, for them to be conduits for articulating needs and disbursing aid.

Eighth, reintroduce geography and environmental sciences in the school curriculums of Pakistan. The forty-year absence of the subjects and their substitute phony history in the name of Pakistan studies has not yielded any more patriotic or enlightened citizens. Instead, they have produced people more ignorant of the challenges that the country is facing. Build a culture of decolonial environmental sensitivity from school onwards.

Ninth, do not focus on single hazards. All hazards such as floods have secondary and cascading hazards associated with them. For example, in Karachi the majority of deaths during floods are from electrocution due to poor electricity infrastructure. In rural areas, people die of snake bites and waterborne diseases. Pay attention to and plan for secondary local hazards that actually hurt people. Floods by themselves rarely cause so much direct damage as their secondary consequences.

Lastly, and most importantly, to sum up the essence of all of the above: find some new textbooks which are not written by dead white men, but in fact combine the insights of modern science with experiential local environmental knowledge and cosmologies. Have some faith that the people of Pakistan own their land and water, and are the greatest custodians and scholars of it. Benefit from their wisdom. All you need is some humility and deprogramming of the colonial mindset. Decolonised water is the only hope going forward in a climate-changed present.

This series was initiated through conversations with the Decolonising Geography educators collective and was first published on their website decolonisegeography.com

Editor’s Note: The Indus River and its tributaries are essential for the existence of Pakistan. British engineers built the world’s largest canal irrigation system in Sindh in the lower Indus in the 1840s. Many more dams, barrages, weirs and canals were built after the exit of the British Raj in 1947. The result was that the river’s flow was so disrupted, the Indus did not even reach the sea for many years.

Then came the disastrous floods of 2010, which led to almost 2,000 deaths and exposed how the development model being followed along the Indus was unsustainable. Months after the floods, noted geographer Daanish Mustafa and eminent risk and hazard analyst David Wrathall wrote a detailed critique of the prevailing development model in Pakistan and how it exacerbated damage from the floods. Read their three-part series published in The Third Pole from that time here, here and here.

Mustafa now revisits the topic in a new two-part series in the wake of Pakistan’s devastating 2022 floods, making a fervent plea to policymakers to move away from colonial mindsets on water. Read the first part here.

Via The Third Pole, republished under a Creative Commons license.