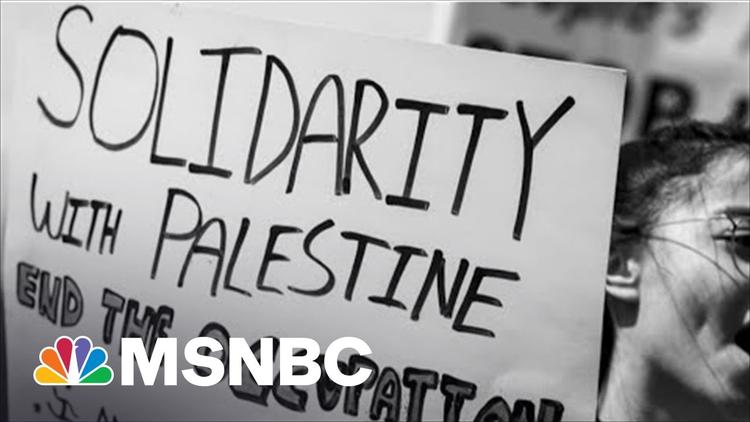 Ann Arbor (Informed Comment) – Ursula Perano at the Daily Beast reports on the controversy among the Progressive Democratic Caucus in Congress over remarks on Wednesday by Rep. Rashida Tlaib (D-MI). She attacked the syndrome of “progressive except on Israel” within her caucus and observed at an online seminar, “that among progressives, it has become clear that you cannot claim to hold progressive values, yet back Israel’s apartheid government.” Tlaib is the only Palestinian-American in Congress and is one of only 3 Muslim members.

Israel’s ardent supporters in the caucus such as Rep. Debbie Wasserman Schultz (D-FL) and Rep. Jerry Nadler (D-NY) attacked Tlaib over the remarks.

The outrageous progressive litmus test on Israel by @RashidaTlaib is nothing short of antisemitic. Proud progressives do support Israel’s right to exist as a Jewish and democratic state. Suggesting otherwise is shameful and dangerous. Divisive rhetoric does not lead to peace.

Rep. Wasserman Schultz’s message is riddled with logical fallacies. Rep. Tlaib did not say anything about supporting or not supporting Jews. She said that it was not possible to be progressive and at the same time to back the Israeli government’s Apartheid policies toward Palestinians.

That Israel has implemented Apartheid is obvious to anyone familiar with the definition of this offense against human rights in the Rome Statute or the UN Convention against Apartheid. Those reluctant to come to this conclusion either don’t know what Apartheid is as it is deployed in contemporary international law or are not fully acquainted with the plight of Palestinians under Israeli hegemony. Even long-time opponents of the charge have changed their minds once they’ve been confronted with the reality. Human Rights Watch, Amnesty International, and the respected Israeli human rights group, B’Tselem, have all come to the same conclusion in the past year and a half.

Long time Jewish Voice for Peace activist Rabbi Jill Wise, who has been banned from visiting Israel (how democratic) concurs:

By design, under Israeli law, Palestinians have an inferior status to Jews legally, judicially, politically. This is incompatible with progressive values. This is apartheid. @RashidaTlaib is right.

Not only did Rep. Tlaib not say anything antisemitic but she also did not say anything about Israel having a right to exist or not. She said that the Israeli state is committing a tort. Human beings commit wrongs and crimes all the time. Maintaining that Israel is incapable of committing a violation of international law is the same as maintaining that Israelis are not human beings, which is a form of antisemitism sometimes called philosemitism.

Further, Rep. Tlaib did not say that Israel cannot be democratic. She said that it isn’t living up to those ideals. Human Rights Watch pointed out that, given numerous discriminatory laws and regulations toward the 20% of Israelis who are of Palestinian heritage, even inside Israel there are elements of Apartheid. These human rights violations are much worse in the Palestinian West Bank, which is under Israeli military rule and has been since 1967.

If we look at other governments in our world who are against what they see as a dilution of their country’s racial purity, we’d have to finger Viktor Orban’s Hungary, for instance. Orban has spoken of the need to maintain “ethnic homogeneity” and has said that Hungarians did not want to become “peoples of mixed race.” He opposes Muslim immigration to Hungary because he says it would endanger the country’s Christian identity. Right wing Israeli politicians routinely make analogous arguments.

So Rep. Wasserman Schultz has actually vindicated Tlaib’s argument with her tweet. She has taken a right wing stance regarding Israel even though she has progressive aspirations for the United States.