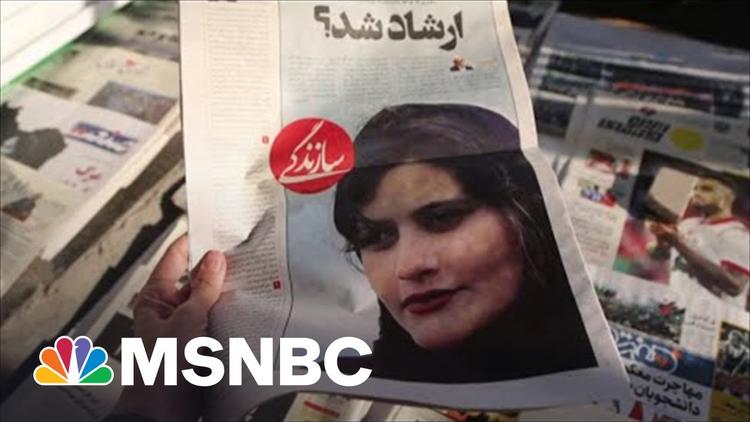 Ann Arbor (Informed Comment) – Iran is witnessing the worst mass unrest since the failed Green Revolution of 2009, which saw its biggest crowds come out in major cities such as Tehran, Tabriz and Shiraz, and which was spear-headed by college students and youth more generally. The 2009 movement was not joined by the bazaar, the complex of big merchants, artisans and money lenders sited in the older parts of Iranian cities, typically near the Friday prayers mosque and the courts. It also attracted less support from blue collar workers. Rana Rahimpour at the BBC argues that this round of protests has been joined by elements of both the white collar middle class and the working class. Clashes between the demonstrators and Iran’s various security forces have resulted in at least 35 deaths as of Friday, according to the BBC.

Although the protests were kicked off mainly in Kurdish cities and the capital, Tehran, after the death in custody of Mahsa “Zhina” Amini, 22, a Kurdish young woman visiting the capital who was accused of wearing jeans that were too tight, they have morphed into rallies against “tyranny” (setamgar). At many demonstrations women have burned their veils (hijab), and a common slogan, as Rahimpour notes, is “Woman, Life, Freedom.”

Rahimpour also points to the increase in economic hardship in Iran, with more and more people slipping below the poverty line. She does not, however, point out that much of this hardship is artificial, imposed on Iran by a US financial and trade embargo that has drastically cut Iran’s oil exports since 2018, even though the government had been observing the provisions of the nuclear deal. The US sanctions on Iran are the harshest ever imposed on another country in peacetime, and are almost completely unjustified.

Still, the chants of the people this time are not mainly about the economy but about authoritarianism and the failure to respect the value of each citizen.

Article continues after bonus IC video
MSNBC: “Why Women Are Driving A Large And Growing Protest Movement In Iran”

On Friday, the ruling government of Iran attempted to create a news blackout by shutting off the internet in Tehran. The US government responded by lifting Treasury Department sanctions on Iran regarding smart phones, satellite and other communications devices that might help the protesters. (Those things should never have been sanctioned in the first place; even Iranian-Americans have occasionally run into trouble buying an iPhone).

President Ebrahim Raisi addressed a crowd of hard line counter-demonstrators, saying that the rallies would not be allowed to put in doubt Iran’s security.

The more internet savvy youth were still finding ways to smuggle phone videos out of Iran. The dissident Twitter account @1500tasvir published videos of sometimes violent protests in 31 cities around the country. They included the capital of Tehran, and, surprisingly, Qom, a religious center; but also Ahvaz, the capital of the oil-producing Khuzestan province, the conservative southern city of Yazd, as well as Hamadan, Kermanshah (in Kurdistan), and important northern cities like Rasht and Tabriz. They also included small rural towns. Both in the geographic breadth of the movement and with regard to its mix of men and women and white and blue collar workers, it has the hallmarks of a mass movement as defined in sociology. It is impossible to tell, however, what percentage of the population supports it. It could have a wide presence and be drawn from more than one social class and still be a fringe movement depending for publicity on throwing Molotov cocktails and getting a few hundred or a few thousand people to come out for marches and rallies

BBC Monitoring argues that there were at least five demonstrations in the capital of Tehran, in the south, center, east and north, demonstrating breadth of support (south Tehran is hardscrabble working class and north Tehran is swanky).

Hard line pro-government figures called the demonstrators counter-revolutionaries and defended the morality police, whom many have accused of having beaten Ms. Amini, causing her death. Others have attempted to implicate in this round of protests some of the reformist leaders of the 2009 Green Revolution;

The Entekhab newspaper reported that the hardline editor of Kayhan, Hossein Shariatmadari, called for the arrest of former President Muhammad Khatami and former mayor of Tehran Ghulamhossein Karbashchi, saying that they should explain why they referred to the death of Ms. Amini as a murder “without a proper investigation.” He also called for the prosecution of all demonstrators, whom he called rioters.