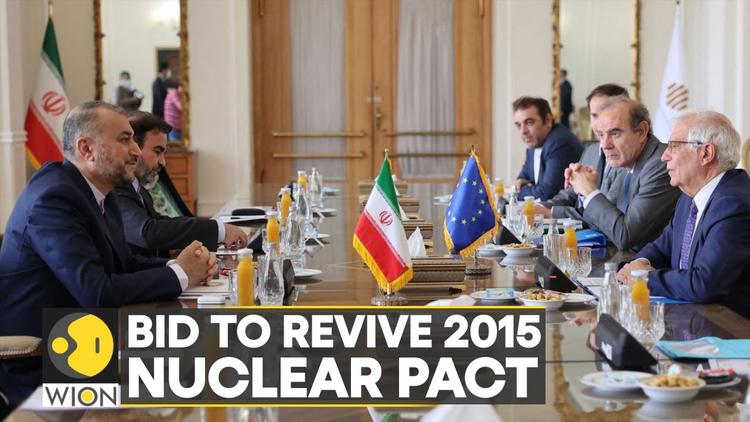 ( Detailed Political Quizzes) – In an August 14, 2022, New York Times Opinion piece (“How the United States Misunderstands Iran”), Karim Sadjadpour, a senior fellow at the Carnegie Endowment for International Peace, writes that, “By and large, the United States has sought to engage a[n] [Iranian] regime that clearly doesn’t want to be engaged…” Accordingly, Mr. Sadjadpour praises “every US administration” since 1979 (except George W. Bush’s) for genuine attempts “to improve relations with Iran,” while bemoaning the absence of similar efforts from Iran’s leadership.

Remarkably, nowhere in Mr. Sadjadpour’s piece does he mention any of the following examples of Iranian goodwill toward the US.

1. At the heart of the Iran-Contra project during President Ronald Reagan’s second term (1985-1989) “was a complex scheme to supply Iran with weapons in exchange for its help in securing the release of American hostages held by Lebanese militias. On the American side, it was also intended to open channels to important figures in the Islamic Republic…The scheme collapsed in 1986 because US officials tried to skirt American law by diverting proceeds from these arms sales to anticommunist rebels in Nicaragua, not because of Iranian duplicity or recalcitrance. Even after Washington became embroiled in the ensuing scandal, Tehran was ready to continue dialogue and cooperation; it was the United States that withdrew.”

2. While George H. W. Bush was president (1989-1993), Iran helped secure the release of American hostages in Lebanon. “Tehran spent several million dollars and exerted considerable pressure on Shia militias in Lebanon for this purpose….None of these actions would have happened without [Supreme Leader] Khamenei’s assent. But Iranian cooperation did not elicit the response [Iran’s President] Rafsanjani had expected. The Bush administration excluded the Islamic Republic from the October 1991 Madrid conference intended to ratify what Bush called the ‘new world order’ in the Middle East…In April 1992, Bush’s national security adviser, Brent Scowcroft, informed Rafsanjani through [UN envoy Giandomenico] Picco that there would be no reciprocal steps by the United States — even though Iran had succeeded in freeing the last American hostages…”

3. By early 1994, President Rafsanjani saw another opening to improve relations with the US: the Clinton administration needed Iran to supply arms to Muslims in Bosnia, as UN Security Council resolutions and US law prohibited such provision. “Legal considerations aside, Clinton worried that any direct American arming of Muslims and Croats would be detected, potentially prompting Serbian reprisals against US forces, severely negative Russian reaction, and European withdrawals from the internationally mandated peacekeeping force. What Washington needed was a third party that could get arms into Bosnia with relatively low risk of detection…So, as the Senate Select Committee on Intelligence later documented, the Clinton administration decided ‘the Iranians could be the suppliers.’”

“[T]he arms flowed in and [the result was] the creation of a more level battlefield [that] helped bring the parties together for the negotiations that culminated in the Dayton Peace Agreement of December 1995.”

In 1996, after the Los Angeles Times reported on Clinton secretly permitting covert Iranian arms shipments into Bosnia, the “administration publicly condemned Iran for trying to establish an Islamist beachhead in Europe’s backyard…”

4. In another effort to improve relations with the US, President Rafsanjani offered a lucrative deal to Conoco, a US oil company. However, in 1995, President “Clinton, who had adopted a policy of ‘dual containment’ of Iran and Iraq, responded with a ban on almost all US trade with and investment in Iran.”

5. “In 1998, the US Defense Department vetoed a delegation of prominent US nuclear specialists to go to Iran to investigate its nuclear program at the invitation of the government of newly-elected Iranian President Mohammad Khatami…The Pentagon objected to the delegation’s mission even though it was offered the option of including one or more scientists of its own choosing on the delegation…The Pentagon veto of the nuclear scientists’ delegation eliminated the Khatami government’s most promising initiative to promote a thaw in US-Iran relations by weakening a key US argument for viewing Iran as a threat.”

6. After the World Trade Center and Pentagon attacks on September 11, 2001, the US “requested help and Iran’s diplomats and Revolutionary Guard quietly provided extensive intelligence and political assistance to the US military and CIA, to improve targeting the Taliban and Al Qaeda in Afghanistan. [And once] the Taliban was ousted in late 2001, Iran again proved crucial to getting the victorious Northern Alliance to accept a limited number of cabinet posts and Hamid Karzai as the new president — a critical step toward immediately stabilizing post-Taliban Afghanistan. Iranian diplomats made clear their interest in expanding contacts with the United States….[However,] any remaining chance of reconciliation evaporated in [January] 2002, when [President] George W. Bush declared Iran part of his Axis of Evil.”

7. “In March 2002, just weeks before he left the State Department, James Dobbins met in Geneva with an Iranian delegation…The conference was focused on developing Afghanistan’s security forces. [Iran] offered to build barracks for and train twenty thousand Afghan troops, as part of a larger US-led program to help stabilize Afghanistan…” Against Dobbins’s wishes, the US failed to respond to Iran’s offer.

8. “Just after the lightning takeover of Baghdad by US forces [in April 2003] an unusual two-page document spewed out of a fax machine at the Near East bureau of the State Department. It was a proposal from Iran for a broad dialogue with the United States, and the fax suggested everything was on the table — including full cooperation on nuclear programs, acceptance of Israel and the termination of Iranian support for Palestinian militant groups. But top Bush administration officials, convinced the Iranian government was on the verge of collapse, belittled the initiative. Instead, they formally complained to the Swiss ambassador who had sent the fax with a cover letter certifying it as a genuine proposal supported by key power centers in Iran…”

9. On July 17, 2017, the Trump administration (once again) confirmed that Iran was in compliance with the 2015 Joint Comprehensive Plan of Action (JCPOA) nuclear deal. Despite experts’ consensus that such compliance continued, on May 8, 2018, President Donald Trump announced his plans to withdraw the United States from the agreement and restore punishing sanctions aimed at severing Iran from the global financial system.

Given the above examples of Iranian goodwill which Karim Sadjadpour somehow ignores, one must conclude that his opinion piece is grossly misleading.